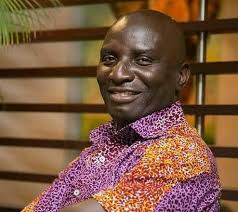 Ghanaian film-maker and director, Socrate Sarfo, has disclosed that there’s money in the creative industry but it is easy for industry place to fall into a life of poverty.

Speaking on Showbiz Zone, Socrate Safo disclosed that veterans begging on social media to some extent has made the creative industry unattractive to the young ones.

According to him, anyone who says there’s no money in the creative industry is not a truthful person.

He added that there are lazy people and hardworking people in every working sector, but the lazy ones are mostly heard of because they make so much noise when they start to struggle.

Socrate said further that even though the stories of some veterans who are begging now are sad and can’t be avoided in any way, others also do it for their personal interests.

He believes begging is the easiest way to make money -- all one has to do is to be a bit dramatic with their stories.