VIDEO: "Take your Ghana", final words of Anokye Supremo before his death 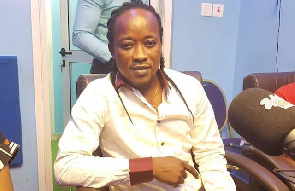 "Take your Ghana", final words of Anokye Supremo before his death

The late Ghanaian highlife artiste, Anokye Supremo who was popularly known as Daddy Lumba Jr before his sudden demise asked his manager, Isaac Kobina Zakk to record a message he had for Ghanaians before he was taken to the theatre for his surgery.

According to Zakk, Anokye Supremo said that he wished he could come back to Ghana to thank his fans and family for the wonderful support.

In the video PrimeNewsGhana sighted on KofiTV, Zakk played the audio of Anokye Supremo singing to Ghanaians that, "Take your Ghana, a country that doesn't offer support, a country that has people who don't want to see people doing well"

He explained that Anokye had hinted of writing a new song if he had successful surgery, and those words were part of the lyrics to be used in that song.

According to him, he asked Anokye Supremowhy he sang that song and he responded that he does not know if he would make it after the surgery.

Zakk said he encouraged Anokye that he would definitely make it.

He added that Anokye gave him a message to be given to two young Ghanaian musicians, and so he would do that when he finally touches down.

The body of the late singer Anokye Supremo arrived today February 11, 2019, at the Kotoka International Airport.