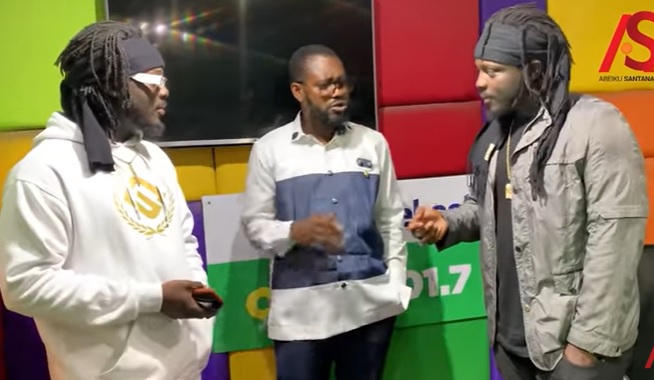 Hiplife duo DopeNation says they thought their former label mate Kuami Eugene loved them but got to know it was 'fake love'.

This comes after Kuami Eugene said he feels good about DopeNation’s exist from their record label Lynx Entertainment.

DopeNation speaking to Abeiku Satana said Eugene called them they very day their contract with Lynxx ended and they had a great chat but they were surprised to see him speak ill of them in an interview.

"He called us the day we were leaving Lynxx so it was surprising to see somebody you think loves you go back to say these things. We were disappointed in his words. Where he has gotten to we expect him to do more international stuff and you can't get on an international stage and say things like this"

DopeNation which is made of Twist and B2 who are twins have songs like "Zanku", "Confam" and their latest "Thank God".