'A many splendored' tale by Elizabeth Ohene 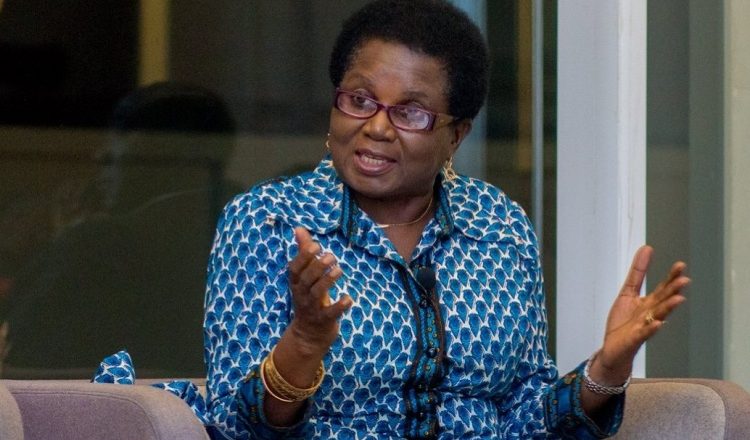 IfÂ Caleb Kudah, the Citi journalist was slapped, kicked and/or manhandled by National Security officials, it is wrong, wrong, wrong. The number of vehicles, uniformed officials and amount of firepower that went to the offices of Citi FM to arrest another journalist was over the top and in my book, was meant to intimidate.

Are there any extenuating circumstances that can be offered for slapping, kicking or manhandling Caleb Kudah or anyone arrested by the police, the military, national security or other officials? None that I can think of or accept.

As for sending how many armed men and vehicles to a news establishment to pick up one journalist who, according to the officials, had turned down their invitation to come to their offices, I can only conclude that someone was having a hard day at the office and to go into local parlance, that person had lost it. The National Security people were totally, completely out of order.

If Caleb Kudah was let into the gates of the National Security offices with the cock and bull story he claims he told the security guy at the gate, then the good Lord help us all.

If there isn't an agreed method by which the people at the gate of the offices of National Security can tell when someone is pulling a fast one on them and if they can't tell the names of those who work there and if they have made appointments with would-be visitors, then they do not deserve to be called National Security.

If it is that easy to enter the gates of the National Security offices and if indeed, an unauthorised person can enter and video whatever he wants for 21 minutes before he is detected, there is something very wrong.

If Caleb Kudah had information that the Deputy CEO of MASLOC had not been truthful about having distributed the vehicles to GPRTU members and the said vehicles were in fact parked on the premises of the National Security, I am surprised that the only way he thought he could show up MASLOC was to risk his life by entering a high security area.

Whatever happened to asking straightforward questions as journalists were taught to do once upon a time?

In the journalism that I knew, there is a case for secret filming, secret recording, surreptitious gathering of information and other such but it was always employed as a last resort.

A journalist was obliged to tell you that he/she was recording you and if it was secretly done, the audience would understand and sympathise with why.

There was not supposed to be anything macho or spectacular about secret recording to the point that it would be the first option for gathering information.

I am not persuaded that a case had been made for the need to make any kind of dramatic secret recording to expose dishonesty on the part of MASLOC and send Caleb Kudah to what could have been a worse fate than what we are grappling with currently.

I have heard the many legal opinions that have suggested that there was no law that would prevent someone from filming in the premises of the National Security.

It seems to me that Caleb himself knew and accepted he was breaking some law and taking a chance.

If he thought he was within the law, there would have been no question of him apologising when he was discovered secretly filming around the premises and I dare say, he wouldn't have been filming surreptitiously in the first place.

When I watched the Caleb Kudah interview on Citi TV, a number of things did not sit well with me.

How come that it took more than 24 hours after Caleb was released from the custody of National Security for his bosses at Citi to hear that he had been beaten and manhandled?

No amount of Post Traumatic Stress can explain what we are being offered as the sequence of events whereby Caleb arrives at Citi after his release from custody, he does not tell his bosses about the ordeal he had been through, he is told to go home and rest and 24 hours later, he gives a dramatic, graphic accounting of having been kicked, slapped and generally roughed up.

I offer these thoughts with the clear acknowledgement that faced with such a scenario, my default instincts would be to give the benefit of the doubt to the journalist because I have experience of dealing with officialdom.

Then I hear Caleb veer into tribal prejudices as he narrates what must be a nightmare. He claims that during his interrogation, he is unable to admit that he is an Ewe because he just knew such an admission would worsen his already precarious situation.

He says when asked where he was from, he told them he came from Cape Coast and we are to believe that bought him better treatment from his tormentors.

It might well be because I am an Ewe myself but this bit of the narrative shocked me more than anything else, even more than the graphic description of being kicked in the groin.

Have we come to that, I asked myself, are people unable to admit to being Ewe because that admission would endanger their lives?Â

As I mulled over these thoughts, it occurred to me there was something not right about the narrative.

A few minutes before this bombshell, Caleb had recounted an encounter with an Ewe speaking officer.

Either Caleb was terribly confused and/or traumatised by his experience at the offices of National Security 24 hours earlier or he had been carried away from reality by the tale he was spinning.

Did he realise the enormity of what he was saying?

This new journalism that emphasises the star factor of journalists and where the reporter is greater than the story does not sit well with me. It should worry Citi that they have become the news.

If it should turn out that Caleb exaggerated portions of his encounter at the offices of National Security, they should be deeply worried that in 2021, such accusations can be made against them.