As a human being or as a dead goat 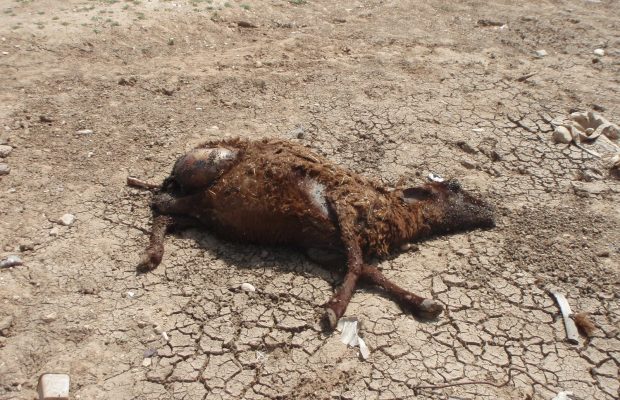 My generation had a lot to be happy about as children. Even though we did not have the T.Vs, and the many things of interest and education for the children of today, we were still happy in our own rights. Setting aside the movies I watched at the Prempeh Cinema Hall and occasionally the Princess Cinema, all defunct in the then bustling city of Takoradi, we still had fun in the Kweku Ananse stories told us by the elderly. Some of today believe that the Kweku Ananse stories did not teach good lessons because the main character was always doing something wrong. Indeed he never did anything right.

However, almost in all the cases, Kweku Ananse found himself in a very bad situation at the end of the story. He either got caught and was punished or because of his own misdeeds, he fled the community out of shame. The lessons were that for any evil one committed, a day of reckoning awaited the person, that nobody can perpetually run away from being exposed of the crimes he or she commits against humanity. We were admonished not to follow the path of   Kweku Ananse because the end was either death or shame.

There is this story of Kweku Ananse thinking that he was going to punish the world by gathering all the wisdom and hiding them so he could be the only wise person on earth. He set out picking them one by one until he thought, he had had all of them. He put them in a pot and firmly covered it. He decided to climb the tallest tree and hide the pot of the captured wisdom at the top of it. He tied a rope to the pot, put it in front of him and started climbing the tree. Tried as he did, he could not progress because the pot in front of him impeded his movement. Since he was bent on executing his dreams, he persevered to no avail until one of his sons, Entekumah appeared on the scene.

After enquiring about his father’s mission and the troubles he (the father) was going through, he advised the father to instead put the pot at his back and have the space in front of him to climb the tree. Out of shame and the knowledge that he could not gather all the wisdom in the world and the fact that his own son had to advise him on what to do, he just broke the pot and released the wisdom he believed he had imprisoned.

So it has come to pass that our President, His Excellency John Dramani Mahama, a historian, first, then studied at the prestigious School of Communication Studies, also at Legon, is described as a communication expert by his party people because he can speak without swallowing saliva, as our elders would say. Today in Ghana, everybody has become an expert in one field of human endeavour or the other simply because he or she has studied theoretical principles of a subject matter.

I remember in the year 2012 at the IEA Presidential debate in Tamale, the question of corruption in the country and how to combat it was asked, Nana Akufo Addo did not hesitate and his response was emphatic ‘I am not corrupt, I have never been corrupt and I will never be corrupt’. Straight forward and since that day, nobody has been able to contradict his statement. When it got to the turn of President Mahama, his answer was ‘I will lead by example’. The panelists allowed him to get away with it because if I was in the seat, the next question would have been what leadership, a leadership that will ensure that nobody dreams of engaging in corrupt practices or a leadership that will make corruption acceptable in the society.

Today, even the unborn child knows that Mahama’s administration has recorded an ‘A’ in this country in the subject of Corruption. Is it the leadership he promised us in Tamale in 2012? Now if it is an accepted dictum by all or the majority of the people that the Mahama administration is very corrupt, then the leader who is showing the example can’t be far from being corrupt.   So looking at the state of the nation and the level of corruption we are drenched in, the leadership is on track in the negative direction.

So it came to pass that our President offered himself at an international forum where the issue of corruption, which has been described as more deadly than terrorism the world over was raised. Sure, the proponent of that theory was right. How many people are killed on a daily basis the world over as against the number of people who die needlessly each hour because the resources needed to provide them with water and health services have been channeled into the pockets of few individuals who have had privilege of managing the resources of their people?

The misfortune of the people is that while they are dying away, the leaders are piling up millions of US dollars in foreign accounts to support their unborn great grandchildren while those alive today are dying painfully. I just do not know what the main discussions were in the hall of the forum. However, everybody in this country has had the privilege of listening and watching our President answering questions from a BBC reporter on the sides of the forum.

One of the questions which has generated a lot of discussions since the end of the forum is the corruption question. Hmmm. ‘Mr. President, have you received a bribe before?’ the interviewer.  ‘Errr, you mean me as a person or as a President’?, the President counter asked. ‘You as a person’, repeats the interviewer. ‘Oh, as a human being’, the President understands. Then he begins to offer the philosophical and sociological and conceptual genesis of corruption and how and when corruption or bribes could be offered or demanded. The interviewer was impatient.

Interviewer: Mr.President, how many wives do you have”

President: As a person or as President?

Interviewer: As a human being.

Interviewer: How many children do you have?

President: As a human being or as President?

Interviewer: As a person

President: As a human being

Interviewer: Yes as a human being

President: 6 with 7 adopted and accepted by my wife.

Interviewer: What is your favourite food?

President: As a human being or as a President?

Interviewer: As a human being

I have had the opportunity to admonish President Mahama about what the future holds in store for him because he is young and would, all things being equal, live longer to see what he will leave behind after his tenure of office, whether one term or two terms. I shudder to think about how he would feel if after leaving office, most Ghanaians would remember him for the bad legacy he would bequeath to this nation. He might have secured enough resources behind for his great grandchildren, but what good name would he have left behind for himself?

Leadership is not about how much wealth one accumulates, it is about those good things that are left behind for the good of those we lead. A word to the wise is for a human being not a President. Two tots for this chilly weather.