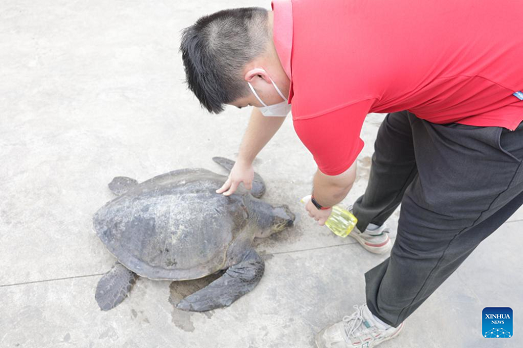 Ghana's coastline on the Atlantic Ocean is home to at least three species of sea turtles.

In this natural habitat, they live, breed, and prosper, but have also been constantly facing poaching, sea pollution, and some other threats.

While many Ghanaians devote themselves to protecting the endangered species, more and more Chinese who engage in port projects in Ghana are joining in their effort.

The workers rushed to the scene, located the two sea turtles in bad condition, and conveyed them carefully back to their base by the seaside.

With the help of local workers, a temporary shelter for the turtles was quickly set up, and clean water and food were timely provided.

"We consulted local animal protectors to make sure all procedures are done correctly, and the turtles recovered their strength quickly," said Hu Yuechuan, office director of the China-aided project. 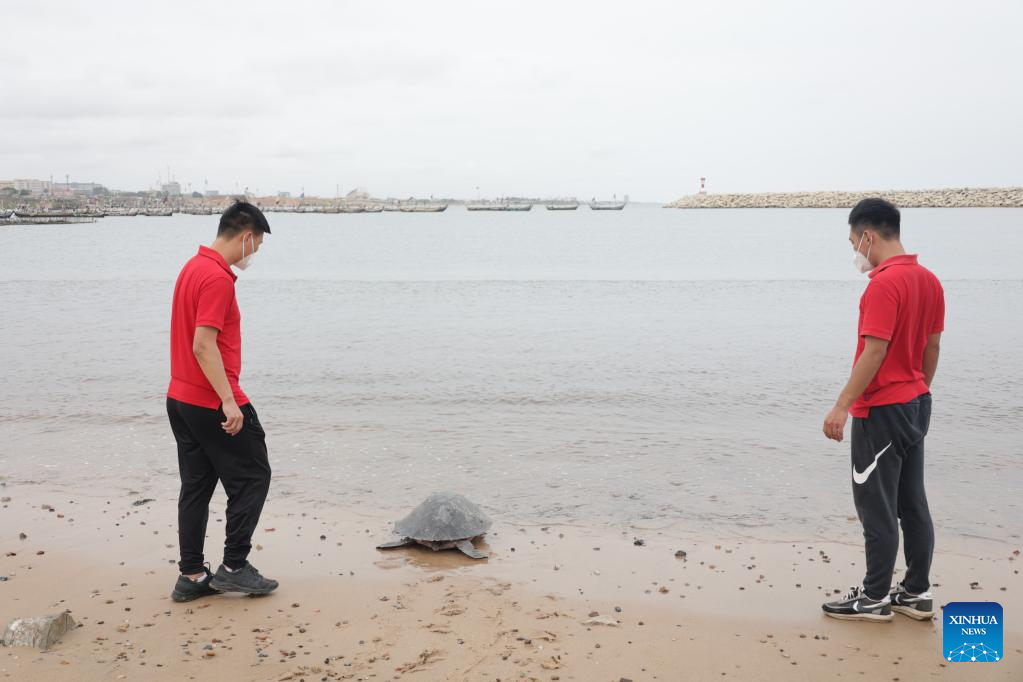 Later in the day, some Chinese workers carried the turtles to the beach and released them back into the Atlantic Ocean. They cheered when the two swam far and the heads poked out of the water.

According to Hu, since last year, the Chinese staff have rescued four sea turtles stranded onshore, from which they have gained more knowledge about the sea turtle and their prevention. "Such cases made us come to realize the importance of protecting the creature."

In its response, the project established a task force engaging in the prevention, enhanced their regular patrol along the seaside, and encouraged local fishermen to share relevant information.

"The sea turtle plays an integral part in the marine ecosystem, nobody should shy away from the responsibility of protecting them," Hu added.

As China-Ghana cooperation flourishes in recent years, Chinese-aided or Chinese-built infrastructure projects sprung up across Ghana, many of which take eco-logical protection as a top priority.

In east Ghana's Tema port, the Chinese-built and largest port in the country, a sea turtle hatchery was built by Chinese workers as early as 2017 to safeguard the vulnerable species that are sensitive to noise and artificial lights.

The Chinese project cooperated with the local wildlife society and residents nearby to meticulously care for the sea turtle eggs and create a favorable environment for them to breed, which was applauded by animal protectors.

"They are shouldering their responsibility for protecting Ghana's eco-environment, which deserves a thumb-up," he said.