Constituency Watch: Weija-Gbawe, In midst of plenty yet poor 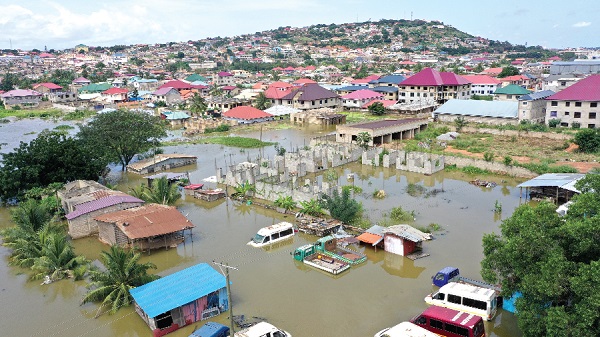 Weija-Gbawe Constituency is home to the Weija dam that supplies about 80 percent of potable water to the Greater Accra Region.

The constituency also boasts of having the first salt company in West Africa, known as Panbros Salt Industries Limited.

It is also home to the Weija Leprosarium and the Ga South Municipal Hospital, popularly known as Akawe.

This peri-urban constituency is among the largest in the country, covering Weija, Tettegu, Gbawe, Mallam and its environs. It was created in 2004 and shares borders with Ablekuma North and Bortianor-Ngleshie-Amanfro constituencies.

The Member of Parliament (MP) for the area is Tina Gifty Naa Ayeley Mensah, who is also the Deputy Minister of Health.

The constituency has 14 electoral areas with a voter population of 110,000. The constituency has a number of schools, hospitals, roads and a major landmark, the Densu River, which takes its source from the Atewa Range near Kibi and flows into the Weija Reservoir.

In March 15, 2013, the original LI, LI 1867 was repealed and replaced with LI 2134 to create the Ga South Municipal Assembly with Weija as the district capital.

With a population of 223,000, per the 2021 Population Census, the Weija-Gbawe Constituency has seen rapid urbanisation but that has not been matched by infrastructure growth, expecially in roads and drainage.

The absence of a good drainage system has contributed to flooding during downpours and also any time the spillways of the Weija Dam are opened to spill excess water.

Many of the roads in the constituency are in a bad state, and when it rains it compounds the situation, most often leading to chaotic traffic situations.

“Our road networks, especially the inner roads leading to people’s homes and the drainage system are very bad and these are our major problems. When it rains, it becomes very difficult for both pedestrians and vehicles to use them. The MP and the assembly should work on constructing the inner roads in the municipality, construct good drainage systems and put culverts on them to enable residents use them,” advised a resident of the constituency, Wilfred Kingsley Nyieku, who lives at Topbase near Gbawe.

Mr Nyieku said the whole of the Topbase and Gbawe areas did not have a market. As a result, residents had to travel to the Mallam Market before they could make purchases of the various foodstuffs they needed.

He, therefore, appealed to the chiefs of the area to release land to enable the MP or the assembly to construct a market for them.
A resident of Tettegu, Eugene Boamah, complained of the bad road network.

He said not only were the roads dusty, but that some did not have drainage while for those that had the drainage system, they were so shallow that floods easily occur in parts of that area whenever it rained.

He also mentioned waste management as a problem in the area and made an appeal to both the MP and the assembly to place waste bins at vantage points for residents to dispose of their waste into them.

In separate interviews with some opinion leaders of the constituency, they corroborated the assertion by the residents that the bad road network and the poor drainage system were the major problems in the constituency.

The Unit Committee Chairman of Tettegu, Dominic Nana Kwasi Agyemang, said at one of the suburbs of the electoral area known as Ghana Flag, the road had so badly deteriorated that only motorists with four-wheel drive vehicles could use that road.

Regarding the drainage system, he said the only places at the electoral area that had gutters were Tettegu junction to the main bridge and an area near the MP's residence, explaining that because of the poor drainage system in the area, anytime the Weija Dam was opened, water spilled to the homes of residents and in the process destroyed properties and displaced people.

He also complained that because the traffic light on the main Tettegu Junction had not been working for sometime, both schoolchildren and adults were regularly knocked down by vehicles.

He called for the traffic light to be fixed or a footbridge constructed, as promised some time ago by a company, so that people could safely cross to the other side of the road. 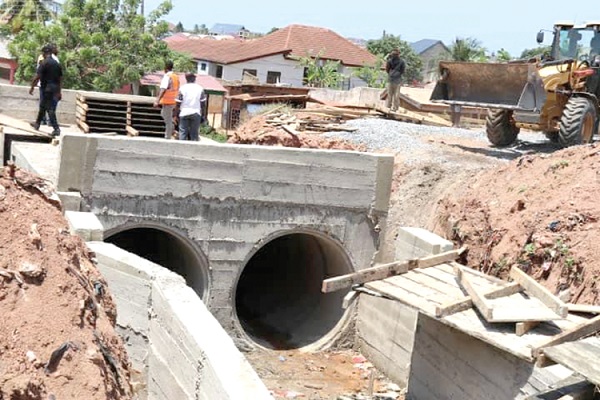 Other challenges in the electoral area he wanted addressed early were the construction of a school at Ahwiahwia at Tettegu, so that children from the area would not have to travel to Oblogo to attend school, and a CHIPS compound, so that they wouldnt have to go to the Ga South Municipal Hospital to seek health care.

The School Management Committee Chairman for the constituency, Amponsah Ampaw, commended the MP and the Municipal Chief Executive (MCE), Patrick Kwasi Brako Kumor, for their efforts at resolving the poor road network and drainage system.

Mr Ampaw, who is also a Unit Committee member for Weija, appealed to the government to support them to address the problems in the constituency as early as possible.

For his part, the Presiding Member of the Weija-Gbawe Municipal Assembly, Andrew Oppong Amoako, said the constituency was so big that even though a lot had been done regarding the road network and the drainage system, more needed to be done.

He said if more roads and proper drainage systems were constructed in the municipality, the constituency would become one of the best in the country.

In separate interviews with Mr Kumor and Ms Mensah, they shared the concerns of the residents and mentioned the steps that had been taken to resolve them.

Mr Kumor said since becoming MCE, with the exception of the Mallam-Borla road and Djaman to Upper Weija roads that were yet to be completed, most of the major road networks that residents of the constituency mentioned to him and the MP during the election campaign period had been constructed and completed while some were at various stages of construction.

“The Gbawe-Gonse 2.5 kilometre (KM) road had been completed and yet to be handed over to government; we have also completed the 2.5km road at Topbase in the Gbawe Electoral area; the 3.5km road from Bulemin junction to Upper Weija stretch has also been completed; the 3.5km asphalting road at the McCarthy Electoral area has been done and from the Oblogo Junction to the Gbawe Palace has also been asphalted and completed,” he explained.

Mr Kumor mentioned the roads that were still under construction in the constituency to include the Zero road to Gonsee; Broadcasting to Mayaase road, Choice Ashbread area and Tettegu road.

Mr Kumor said although the constituency was home to the Weija Dam, the areas on the hills closer to the dam had a problem with getting regular water supply.

To resolve that, he said the assembly had started laying pipes in those areas and created a pumping station that would pump water to those areas.

He said the project started last year and it was his hope that it would be completed this year to enable the people of those areas to also enjoy potable water.

Mr Kumor said in fulfilment of a promise made during the election campaign period, the constituency was a beneficiary of the government’s model Senior High Schools. He said the model SHS, which had been sited close to the Weija Treatment Plant was 85 per cent complete and was likely to be completed this year for commissioning.

For health, Ms Mensah said currently, there was an ongoing construction of four CHIPS Compounds in the constituency, adding that very soon, construction would start on the children’s hospital for the Ga South Municipal Hospital.

Mr Kumor added that two bungalows had been constructed for the inmates of the Weija Leprosarium as well as residential accommodation for staff, and a research centre for infectious diseases for lepers had all been completed.

Mr Kumor disclosed that the constituency was likely to benefit from three factories under the government’s One-District, One-Factory programme. Two of these factories would be cited at SCC GICEL Industry area while the other one, which would manufacture detergents, was under construction and sited close to the Tettegu bridge.

“I urge my constituents to keep on believing in me and that with the grace of God, we will overcome the challenges in the constituency. For now, it is not everybody that will get their share of what they are looking for but the time will come that they will have it all,” advised Ms Mensah.