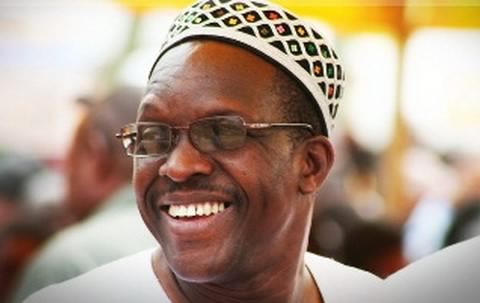 Hon. Alban. K.  Bagbin declared his interest in becoming president during a media interview recently. Not surprisingly this has sent ripples across the political spectrum particularly within the NDC. This is not surprising for two reasons: (a) Bagbin’s stature in the party and (b) the current open slot within the opposition party as they plot towards 2020. Here we examine the case for and against Hon. Alban Kingsford Sumani Bagbin, MP for Nadowli-Kaleo and Second Deputy Speaker of Ghana’s Parliament.

Pro: The case for Bagbin
Name recognition and popularity

Honourable Bagbin is wildly popular. His name recognition in Ghana is through the roof. As a seasoned politician and henchman for the NDC especially within parliament over the past decades, his name is immediately recognizable. Mr. Bagbin would easily pass one of the first tests in campaign politics that many unknown, fresh-faced or little know politicians face: the name recognition or popularity test. He has a constituency and a base to start from though he would have to strengthen his party machinery reach. Bagbin would start the race extremely well known.

There are very few politicians in this country with the kind of experience Bagbin boasts of. His legislative track record is unmatchable; his executive experience is doubtless and his political skills are well honed. Mr. Bagbin will come to the presidency with quite a long CV and an enviable track record.

Mr Bagbin is no lightweight. He has earned his stripes as a serious player since his hey days as a minority leader in the Kufuor era. Some will remember his famous statement to the late Right. Hon. Speaker Peter Alan Adjetey “…. We will go after him”. To be honest, Honourable Bagbin belongs to the golden era of Ghana’s parliament. He is intelligent. He is knowledgeable. He is assertive. He will come to the presidency with a great deal of insights about the workings of our country.

If communication is central to unlocking the goodies of the political world then Bagbin has got the keys. He speaks clearly, simply but brightly. He is quite a natural in varying forms of political communication: whether in the media, on the legislative floor or on the political podium. He is never one to disappoint. These skills will serve him well on the campaign platform and certainly at the presidency where language and persuasion are key.

Con: The case against Bagbin

Mr. Bagbin has pretty much been part and parcel of the old political class in Ghana. For many looking forward to a break from the past, he will come off as stale. Bagbin will struggle with this class of voters.

There was a time, not too far off actually, when Bagbin was anti-establishment. He famously called his own government—the Mahama regime—the government of family and friends. That is not all. He has gone on to make some pretty “controversial statements” (example: “President is naked” saga) which could come back to haunt him. In a party primary with long memories, people don’t easily forget—or forgive.

The NDC’s most recent presidential candidate was from the Northern region. Their leader in parliament, a very strong position for a party in opposition, is from the Northern sector. The vibe you get from the party especially post-election 2016 is the idea that some hard core grassroots members would want to take a different turn by breaking a perceived “Northern” stranglehold. This may seriously hamper Bagbin’s chances.

Hon. Bagbin has a ready smile, is not too stack up and releases some good measure of humour every now and again but he is not as widely charismatic as J.J Rawlings or John Mahama. Maybe it’s got something to do with his storied legislative image where house affairs mostly turn dense and technical. Bagbin immediately reminds one of former US Congressman and House Speaker Newt Gingrich:  fierce debater, great oratory and widely knowledgeable but limited in charisma. This is important if he has to connect or electrify.