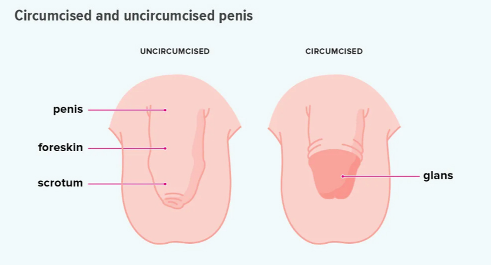 Womenâ€™s choices for a sexual partner are influenced by numerous personal, cultural, social, political and religious factors, and may also include aspects of penile anatomy, such as male circumcision (MC) status.

The study found that a majority of women surveyed expressed a preference for the circumcised penis.

A Canadian study also conducted by Bossio et al.,(2015) involving women aged 19 to â€“ 71 years, 74 per cent of whom were born in Canada and 12 per cent in the US, and 61.2 per cent of whom had attended college or university, found that women prefered circumcised penises.

CortÃ©s-GonzÃ¡lez et al.,(2008) also conducted in Denmark a survey of 19 women who had experienced sexual intercourse with the same partner before and two months after the male circumcised found no difference in general sexual satisfaction (63 per cent vs 68 per cent) and most reported being quite satisfied with their sexual encounters both before and after.

In South Africa, a study conducted by Lagarde et al.,(2003), found that 25 per cent of the respondents preferred circumcised men for sexual activity, nine per cent preferred uncircumcised men, 36 per cent reported no preference, and 30 per cent were unsure.

In Kenya, a study by Westercamp et al.,(2010), which involved mostly ethnic Luo women in Kisumu, where the male circumcision prevalence was 11 per cent, 63 per cent reported a preference for circumcised sexual partners; this preference was, especially, pronounced in women aged 20â€“39 years.

Interestingly, in Tanzania, one study by Layer et al.,(2013) found many unmarried women said that they would refuse to have sex with an uncircumcised man.

In Zambia, one study by Zulu et al.,(2015) in Lusaka found that sexual satisfaction of the female partners increased in 63 per cent, decreased in 13 per cent, and did not change in 16 per cent.

An uncircumcised penis retains the foreskin, which covers the head of a nonerect penis. When the penis is erect, the foreskin pulls back to reveal the glans.

A circumcised penis has no foreskin, which exposes the glans when the penis is both erect and nonerect.

Though there were no Ghanaian studies on circumcision and sexual preferences, we found one Interesting study by Ahinkorah et al.,(2020) which investigated the association between male circumcision status and engaging in multiple sexual partnership among 1,948 men in Ghana.

Also, Maison et al., (2020), found that the majority of medical circumcisers in Ghana had no formal training for circumcision resulting in more injuries (Appiah et al.,2016).

Due to that, we hold the view that circumcision should always be performed by a trained medical professional after consent has been given by the male or, in the case of minors, by the parent(s) or guardian(s).

According to Healthline.com (2021), uncircumcised (uncut) foreskin can make your penis look slightly bulkier when itâ€™s flaccid.

During an erection, the foreskin retracts and almost disappears, so it wonâ€™t affect how big your penis looks when itâ€™s erect.

Additionally, circumcised (cut) penis size is based mainly on your genes. These determine the phenotype, or physical expression, of your penis.

The take home then is that the penis size is also based on blood flow to the penile tissues.

Hence, removing a layer of skin tissue â€” the foreskin â€” doesnâ€™t have any impact on other penile tissues or how big your penis appears when erect.

However, it may have slightly less â€œbulkâ€ when itâ€™s flaccid.