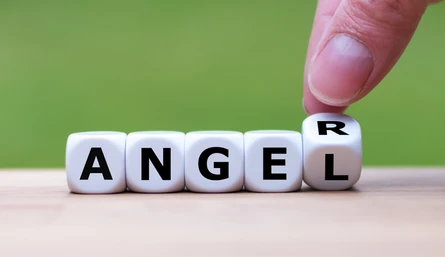 How do you explain why two people—let’s say a man and his wife—who start a chat over a simple matter, soon get so worked up that the husband pulls a gun from a bedroom drawer and shoots his beloved dead?

That question is neither rhetorical nor is the story behind it a fiction movie. It is as real as daylight and police records and investigation report worldwide confirm it.

Why would respectable personalities, for example honourable parliamentarians, begin a debate gently and calmly only to end up turning the chamber into a boxing arena?

Again, this is not theory.Even if the parliamentary Hansard did not record it, the cameras filmed it live for public viewing.

Or what happened at the church hall meeting where the leaders began their deliberations prayerfully but later wielded dangerous fists at one another’s nose in a hot argument?

One word—graded at different levels—has been found to be responsible for all these negative scenarios; and that word is anger.

Appropriately, in the divine courtroom, anger stands side-by-side with murder in the same trial dock (Matthew 5:21-22).

This beast of human emotion has caused more havoc to humanity than lifeless war weaponry.In fact, research points to anger as the cause of the many senseless wars, unexplained murders and acts of violence in society.

Psychologists say anger’s beginning point is irritation. A simple difference in opinion at a meeting, for example, can generate irritation.

At the least provocation, irritation shows by our angry facial expression and uncomfortable silence.

For example, a driver gets irritated that another driver has overtaken him on a highway. That irritation can build up to a deadly race on the road.

While “fools show their annoyance at once, the prudent overlook an insult” (Proverbs 12:16).

Irritation leads to indignation, the second level, when we hate what a person says or does. We feel indignant when someone casts insinuation against us. It is deeper than irritation because it can cause us to react.

For example, if we think the football referee’s red card against the captain is unfair, our irritation soon becomes indignation against the referee.Wait until he makes another unfair refereeing and we could pounce on him!

Wrath is the third level of anger where people easily retaliate. You don’t want to incur the wrath of an angry person! When you hear someone say, “I was mad,” it means the person was harbouring wrath.

Wrath builds up in the mind, locks in the heart and stays there waiting to be unleashed at the least opportunity. Like the poisonous teeth of a snake, wrath waits dangerously for the right time to strike.

A carpenter angered a mason who threatened him, “I will kill you one of these days—you wait and see!”Security personnel advise that when someone tells you, “Wait and see!”, do not take it lightly.Be on your guard or seek police help.

Fury is the fourth level of anger that boils over.If you have ever watched two buffalos in a fight charging towards each other, that is fury in action.

Human beings express similar fury when quarrels disintegrate into physical fights. Brandishing any kind of weapon, a furiously angry person will use it if not stopped.

One of my favourite Christian authors, Charles Swindoll, discusses these levels of anger in his book, Moses, A Man of Selfless Devotion.He concludes that rage, the fifth level of anger, is the most dangerous.

Says Swindoll, “Rage inspires acts of brutal violence, sometimes performed without conscious awareness. Experts say a person filled with rage can commit murder without hardly realising he or she is doing it.”

You see? So, if boiling water is hot, rage is the fire that heats it!

Here then are a few tips that can help us curtail anger:

• Since anger is detrimental to our health, we need to fight it with all the spiritual, physical and emotional resources at our disposal.

• Minimise acts of provocation when dealing with people because humans become beasts when unduly provoked.

• Patience, humility and self-control can help us tame our temper.

• Employers should avoid swindling their workers, for when workers are excessively peeved, their anger boils over, resulting in harmful tendency.

• Anger is not the preserve of any identifiable group; we are all prone to the disease.Hence, Ephesians 4:26 is for us all: “In your anger do not sin. Do not let the sun go down while you are still angry.”

The result of anger is so bitter, sour and pepper-hot that we are better off not entertaining it in our lifestyle.

The writer is a publisher, author, writer-trainer and CEO of Step Publishers.