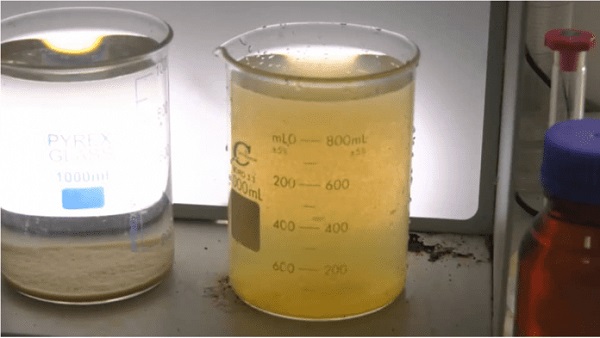 The Odaso treatment plant of the Ghana Water Company Limited faces imminent shut down following the continuous pollution of the Oda River by activities of illegal miners.

Officials of the water company say at least 50 percent of the water go waste after treatment due to the high level of pollution from the intake source.

For this reason, water rationing has become common in communities that source pipe-borne water from the Odaso treatment plant.

“For every normal plant, when we treat water 5% of the water is lost. But for Odaso, we are experiencing a case as a result of illegal mining (galamsey) where about 50% translating into 2 million gallons of the water is lost after treatment”, Ashanti regional water quality assurance manager, Adam Yakubu disclosed.

Acute water shortage has become a normal routine for residents of Obuasi and its environs as they get pipe water from the Odaso headworks.

Inhabitants say they are used to enduring weeks of no water flowing through their taps.

“We don’t often get water from our taps but every month we are being served with water bill to pay. This is really frustrating” says Gifty Ampomah, obuasi resident.

Their option is to rely on groundwater or sometimes nearby streams to access water for domestic activities.
Those who can afford buy sachet water for drinking purposes.

“My family and I drink at least a bag of sachet water every day. But price of the water has in recent time gone up making life unbearable for us”, Kofi Anning hinted.

The Ghana Water Company Limited noted, the high turbidity level is causing frequent breakdown on the pumps at the Odaso headwork

“Most of our pumps are not designed to treat this kind of water. They’re normally for turbidities around 5 to 10 but now we are experiencing turbidities of almost 3,000 and colour of 16,000 platinum-cobalt compared to the approved of about 200 and 300 platinum-cobalt. So as a result, the effect is dire on our equipment”, Mr Yakubu revealed.
Residents of Odaso appear helpless.

“The illegal miners work at night and we don’t have any weapons to face them off. It’s risky to confront them at night”, chief of Odaso Nana Agyei hummed.

Another worried resident, Albert Nyarko noted “we used to drink from the Oda River but not anymore. Even the military has not been successful in stopping the illegal miners how much more us. If you don’t take care, the miners will attack you”.

The situation is not too different from the Konongo water treatment plant.

Officials disclosed, the cost of production has shot up to 80,000 from 7,000 cedis on daily basis because more expensive chemicals have to be used in treating the water.

Well, it appears achieving the sustainable development goal 6 which targets access to clean water for all by 2030 will be far from attainable for Ghana should the pollution of water bodies linger on.