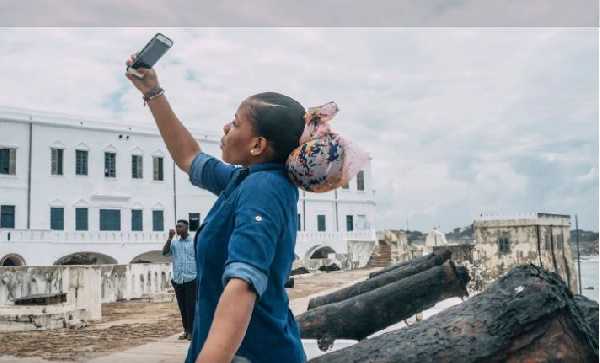 The man from Boston stared at the ocean and thought: Maybe I’ll never go back.

He’d come to coastal Ghana for an adventure, he told friends, but his motivation ran deeper. Pierre Delva, 32, craved a fresh start without the question that had bothered him since childhood.

“Is it because I’m black?” the used-car salesman said, reclining at a seaside bar in the nation’s capital, Accra. “You don’t have to wonder here.”

What started as an anniversary promotion called the Year of Return — a government-funded call for the African diaspora to explore Ghana four centuries after the first slave ship reached Virginian soil — has enticed some Americans to stay for good.

Officials in this West African nation of roughly 29 million people say interest has overwhelmed the tourism office as the annual flood of visitors has more than doubled and A-list celebrities spark frenzies around the capital.

By December, border agents were running out of visa stickers. Applications to enter Ghana shot up from about 1,000 per week to a staggering 10,000, said Akwasi Agyeman, chief executive of the Ghana Tourism Authority. Most visitors are American, he said.

More surprising, he said, was the number of people who have decided to stay: 126 were granted citizenship this fall, including 46 Americans, in the country’s biggest naturalization ceremony since 2016.

“We could not have imagined this,” Agyeman said.

The rush to Ghana, where millions of Africans were forced into servitude before the slave trade ended in 1870, intensified after tweets from President Trump.

Trump told four congresswomen — including Ilhan Omar, a Somali refugee — to “go back” to “the totally broken and crime infested places from which they came” in July, sparking outrage around the world. (All four are U.S. citizens.)

Omar (D-Minn.) responded from the Cape Coast Castle in Ghana, where she posted photos with House Speaker Nancy Pelosi (D-Calif.) on an official visit in August.

“So grateful for the honor to return to Mother Africa,” Omar tweeted.

People spoke of booking a trip, he said, as a way to strike back at Trump’s words.

Ghana’s quest to lure tourists began as a strategy to bolster the economy. It’s a mission countries across the continent share as leaders aim to harness historical sites, national parks and glittering shorelines. 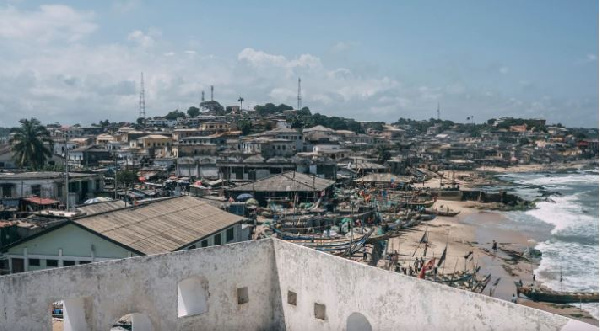 A view from the Cape Coast Castle in Ghana. (Natalija Gormalova/AFP/Getty Images)

Consumer spending on tourism, hospitality and leisure in Africa is projected to hit $262 billion in the next decade, up from $124 billion in 2015, according to the Brookings Institution in Washington.

Business leaders laud it as a path to shrink reliance on raw-material exports to foreign superpowers that tend to exploit workers and hog the benefits.

The climate in Ghana is ripe for entrepreneurs to fill potholes, add traffic lights and digitize tax returns, among other business moves, said Kojo Terry Oppong, founder of BlackBand, a concierge service for tourists and business travelers.

“This is a market where you can solve a lot of basic problems and make a lot of money,” said Oppong, 30, who was born in Accra and raised primarily in New Jersey.

It’s also part of the youngest region on Earth, with an exploding middle class of customers.

The problem: Some foreigners associate Africa with disease, war and famine. Celebrities with gigantic social media followings are helping to spread another view.

Steve Harvey and the rapper T.I. visited the country in recent weeks, for instance, along with Conan O’Brien, who filmed a special in Accra. (“It’s very important to me that I am very popular in Ghana,” O’Brien said in the November bit.)

“People can look up and say, ‘Cardi B’s in Africa?’?” Oppong said. “What does that even look like?”

A reporter asked Cardi B about her impression of Ghana hours before she played her first show in the country. 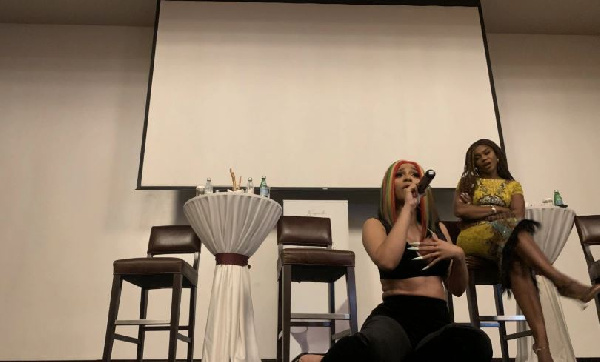 Cardi B had ordered spicy prawns from the poolside grill that afternoon and checked into a suite that costs up to $12,000 a night. (She later performed in a Ghanaian red, yellow and green bodysuit.)

Down in the lobby, Maurice Cheetham, a Ghanaian American from Detroit who launched a tour company here two years ago, lounged in a leather booth.

“When I was growing up, it wasn’t ‘cool’ to be African,” he said as lanky models nearby snapped selfies. “I put it deep inside me.”

That changed after his father died. Cheetham, 45, felt called to discover his roots and fell in love with Accra.

“Now everyone wants to come,” he said. His clients have quadrupled.

The swelling crowds of Americans are putting more cash into local pockets. Artists at the biggest craft market in town estimate their monthly earnings have risen from about $450 to $750.

But some see the visitors as rich people in a fancy adult version of a study-abroad program.

“They already have a lot of money,” said Kojo Osei, 37, who hawks soccer jerseys at an Accra stall.

Osei notices mostly families or tourists in their late 20s and 30s — not a lot of high school graduates seeking greener pastures in a nation where the average yearly earnings amount to $2,130.

“If they really want to see Ghana, they should go to the villages,” he said. “See the reality.”

Ghana’s government hopes the spotlight will create more jobs for everyone. Next year brings “Beyond the Return,” a public campaign to help new arrivals get settled for the long haul.

Delva, the former Bostonian, landed in August with his life savings and a YouTube education on Ghana.

“I watched every video out there,” he said.

The Year of Return chatter had sparked his interest. His parents are from Haiti with roots in West Africa. He felt stuck in America. He was sick of the racism.

The foreign land across the Atlantic seemed more accessible.

“You can’t just walk into the Bank of America and ask for a meeting with the CEO,” Delva said. “You’ve got a shot to do things like that here.”

Now he has a full calendar, a spacious apartment and a mix of friends with big plans.

“When I think about going home to the States,” Delva said, “it almost makes me want to cry.”

Of course, he’ll visit his family. But this place, he said, holds his future. 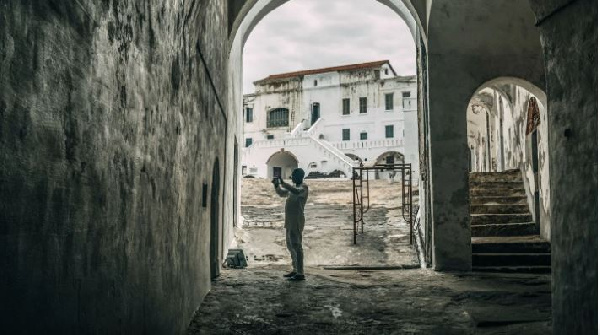 A tourist takes a photo of the dungeons at the Cape Coast Castle. (Natalija Gormalova/AFP/Getty Images)

Delva recently found a scrawny dog on the beach, fed him back to health and named him Billion — a nod, he said, to his potential in Ghana.