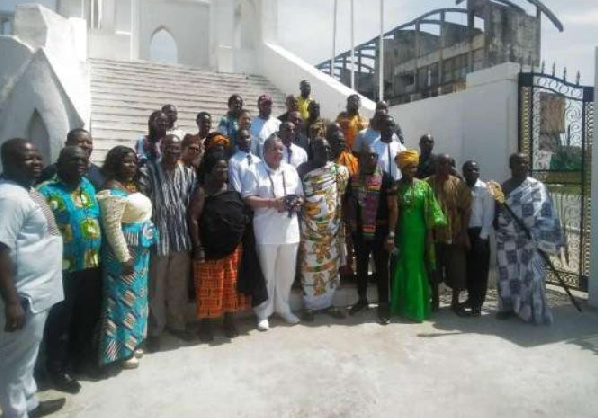 The first batch of a team of African-American investors who have expressed interest in the Central Region are currently in the Region to explore investment opportunities as part of the “Year of Return”.

The investors, with diverse expertise in ICT, education and businesses, are hoping to take advantage of the numerous investment opportunities in the Region to contribute to its economic growth.

Rev. Dr Princess Ocansey, the Chief Executive Officer (CEO) of SOS Global Investment and the Leader of the delegation, underscored the need for Africa to build stronger relations with the Diaspora to foster greater economic development.

"There is the need to build bridges between Africa and the Diaspora. We have to hook up with those who have been successful, especially big business men and women, who can heavily invest in the growth of businesses in the country," she said.

She lauded the Year of Return initiative and said it had influenced a lot of festivals and programmes aimed at bringing Africans in the Diaspora together for a common objective of helping the Continent out of its economic woes.

Dr Ocansey also indicated that a section of the Year of Return had been named; "The Year of the Royals" earmarked as the economic and development arm to unite investors to foster development of the country.

Mr Poku Aikins, the Chairman of the Cape Coast Chamber of Commerce, said Ghana hoped to use the Year of Return to build stronger partnership with foreign investors.

He said the Chamber would continue to exhibit the investment opportunities in the Region such as tourism, fisheries, agriculture and education, which they could tap into to create wealth and opportunities for the people.

"We hope they join forces with the Chamber of Commence to be able to create jobs and inject huge capital in businesses to enhance livelihood among the citizenry" he added.

Mr Aikins said the Chamber was collaborating with all stakeholders, including chiefs and the Regional Coordinating Council, to identify possible ways of eliminating poverty.

Mr Jamal Bryant, an Atlanta-based African-American investor, who have expressed interest in the Region, acknowledged the rich culture and wealth of the country and said; “Ghana is the wealthiest country in the world.”

He said Africa had vast resources and that they were ready to develop them to sustain its generational wealth.

Osabarima Kwesi Atta earlier recounted the history of slavery and colonisation and applauded the team for its decision to return home to invest and contribute to creating wealth for all.