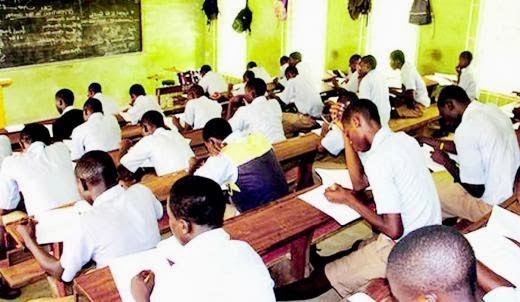 The President Nana Akufo – Addo led government’s decision to expand its flagship Free SHS policy to cover BECE graduates since 2014 has received praise from various quarters of the Ghanaian public.

The latest among these is the country’s Institute For Education Studies (IFES). Founded in August 2013 as an independent policy and research body with the primary aim of informing public debate on contemporary education issues in order to promote the development of effective research, policy and practices: through advocacy campaigns, seminars, conferences, among others.

Below is the press statement commending government on the Free SHS expansion initiative:

The Institute For Education Studies (IFEST) commends the Government of Ghana, for listening to the concerns of stakeholders in respect of expanding the Free SHS policy to cover students who wrote BECE in 2014, 2015 and 2016. It will be recalled that on 27th July, 2017, the Minister for Education speaking at the Meet the Press Series, announced the Implementation plan for the Free SHS and outlined the eligibility criteria as follows: “a Ghanaian student is qualified to access free SHS if he/she writes 2017 BECE and is placed by CSSPS into a publicly funded second cycle institution.”

IFEST was very concerned that although the Ministry of Education through its agency the Ghana Education Service had sold re-entry forms to candidates who, for some reasons, could not enrol in any SHS/TVET in the last three years, such applicants could be placed in SHS/TVET without enjoying “free SHS”, as per the Minister’s diktat: They did not write 2017 BECE, which violates the first condition precedent to enjoy free SHS.

We argued that the qualifying criteria underlined above was questionable and undermines the very equity issues this policy seeks to address, given that candidates who could not enrol over the last three years could potentially be those from low-income backgrounds who had some financial difficulties in paying the prescribed admission fees, the very foundation upon which the free SHS agenda is grounded. However, on Monday 4th September, 2017, a Deputy Minister for Education, Dr. Yaw Adutwum revealed on a JoyNews TV programme PM Express which had as guest our Founding President, Dr. Prince Armah, that indeed those who completed BECE from 2014 to 2016 and could not continue to any SHS/TVET will benefit from this policy, provided they completed and submitted their re-entry forms to GES. This is a very commendable and extremely welcoming decision given the focus of this policy imperative, as we mentioned earlier, is to ensure no child is left behind in accessing senior high school education.

We, however, wish to remind Government that its policy intention of redefining basic education to include senior secondary would be rendered meaningless if we deny 36,000 students (8%) access to secondary education because they had 9 in either English Language or Mathematics. As a reminder to all stakeholders, Grade 9 under WAEC’s stanine system for BECE assessment does not constitute fail, as it only represents the position of the candidate relative to the scores of their colleagues. There is no set benchmark or key competencies that a Grade 9 students have failed to meet, and must not be a basis to be denied access to SHS/TVET.

Find out who exactly is covered by this Free SHS expansion plan here: https://www.primenewsghana.com/general-news/over-10-000-past-jhs-graduates-to-enter-shs-this-year.html