Is Nana Akufo-Addo a competent leader? 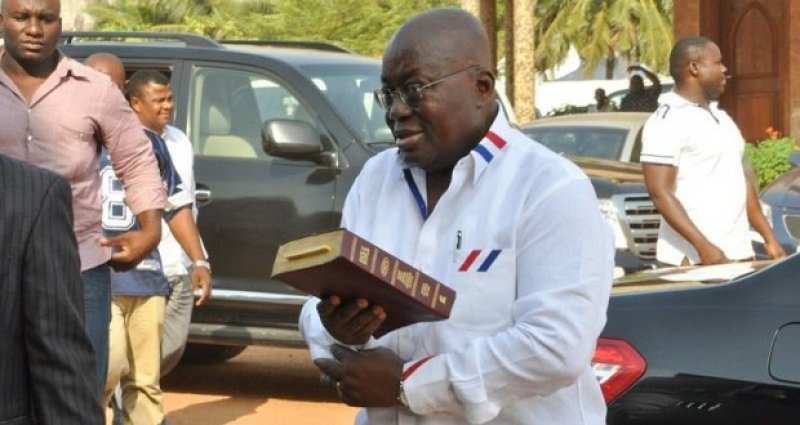 The New Patriotic Party (NPP) led by their so-called Nana Addo Dankwa Akufo-Addo have been loading it on President John Mahama that he is an incompetent leader who does not deserve a second-term, therefore Ghanaians should try him. Should Ghanaians try Akufo-Addo? Ha-ha! A competent person is known to have the necessary ability, knowledge, or skill to do something successfully.

Akufo-Addo who has never managed anything successfully in life moves from place to place, funeral stops to church gatherings and festivals, and accuses President Mahama of having done nothing since he assumed the highest office of the land.

This false propaganda is trumpeted daily by the NPP folks, both on television, NPP rented newspapers notably Daily Guide and radio stations with the view to weakening President Mahama and making him beatable in the November polls.

But anytime President Mahama attempts to demonstrate that he is indeed on the ground working very hard to improve the lives of the ordinary Ghanaians by visiting the regions and highlighting the projects, he had undertaking, NPP always take issue with that by again accusing him of abusing his incumbency.

Nana Akufo-Addo wants Ghanaians to entrust the reins of government in his care. Perfect idea! But can this man really make the centre hold in this country? We have Akufo-Addo today parading in the country with a masquerading squad whose sole aim is to silence anybody within the NPP who questions anything from his leadership style to how he’s managing the finances of the NPP. Remember what has befallen Paul Afoko, Kwabena Agyepong and Crabbe and many regional and constituency executives.

Even journalists who write stories unfavourably to him do not escape Akufo-Addo‘s terrorist tactics. Indeed, he has become the Monarch of all that he surveys. In Akufo-Addo’s world, he considers himself as a king, “who must be obeyed”.

Therefore, just imagine how Ghana will become if Ghanaians make the mistake of voting Akufo-Addo into power come November 2016. Imagine what will befall people within the NPP who oppose Akufo-Addo before we even consider other Ghanaians.

Akufo-Addo leaves traces of chaos behind everywhere he goes. He does not love Ghana one bit. Akufo-Addo has never cared about Ghana. All what he cares is to lead the country so that he can get even with his critics notably people in the NDC and the NPP faction considered as belonging to ex-President Kufuor.

Nana Akufo-Addo cannot even bring the NPP together. Akufo-Addo has divided the NPP, and only goes with those who go to his father’s house at Nina, Accra, to bow to him daily. But we have such a character that cannot bring his own party members together calling somebody incompetent. Does Akufo-Addo understand the word, incompetent?

Indeed Ghanaians must read between the lines. All what the NPP spearheaded by Akufo-Addo is seeking to do is to come to power and rape the country. They have nothing good to offer Ghana. The fact that you are highly educated does not necessarily make you a good leader.

Good leaders know how to bring people together. Good and competent leaders reach out to people. They are able to talk and bring those who even oppose them to their side. They do not adopt Akufo-Addo’s style of leadership, “my way, or the highway”.

If competence is all about divide and rule, Akufo-Addo would have won the 2008 election easily. But this man who has the tendency of not learning anything from his past mistakes continues to dream that politics is all about flattening those who oppose you, and not try to bring everybody on board.

Ghana will burn; I repeat Ghana will burn if Akufo-Addo becomes the next Commander in Chief of the Ghana Armed Forces. He will not spare anybody who had ever opposed him or opposes him.

Akufo-Addo never forgives. He is much worse than his friend and pal Nana Konadu Agyeman-Rawlings who after stealing over 700 acres of land from the people of Adoagyiri in the Eastern Region has now turned round to accuse the NDC of corruption.

Akufo-Addo is not competent, and will never be. A competent person accounts to people, but Akufo-Addo who wants to rule Ghana accounts to nobody. How come he has never answered any questions concerning his education? How come the so-called competent Akufo-Addo has surrounded himself with relatives and friends with shady characters? Once again, how come Akufo-Addo who claims he is competent to lead Ghana does not want to render accounts to his own party members?

If we make the mistake and bring this incompetent Akufo-Addo to rule Ghana, the whole country will burn with drugs, drug barons, thievery, persecutions, witch hunting, and unnecessary arrests. That is what Akufo-Addo is good at.

You can reach the writer at: [email protected] or http://majjacks80.blogspot