Krom Ay3 Shi but others are eating beyond the ordinary 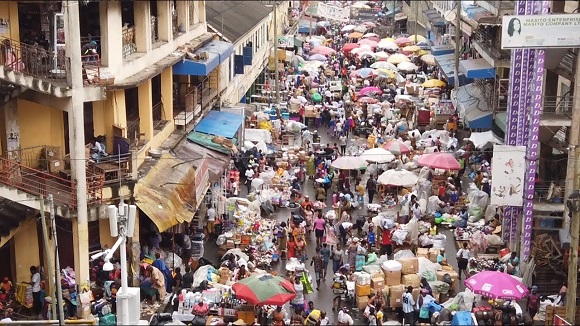 Krom ay3 shi papa. The country is hot. Things are tough and majority of the population is skinning through the teeth to keep body and soul together.

Imagine a man on a GHc 500 salary in this difficult time. I know people earning that. How much can they save and how much can they spend on food and related items? We are all god’s children, but the system is not favorable to most of our compatriots. And that is not the doing of god.

I am yet to hear anyone dispute the difficult economic situation but for those who think otherwise, either they are being mischievous or unstable. Inflation is at all-time high, and experts say it may linger for a while. The Cedi is also wobbling against the US Dollar.

The situation has fueled astronomical rise in goods and services, fueling calls for the military to intervene and deal with those inflating their prices. Majority of the population is choking on the never-ending price increases. To put things in perspective, even the wayside koko (porridge) and bofrot/Kose have gone up. My Oblayoo which I used to buy slightly above FIVE CEDIS is now TEN CEDIS.

The trending issues on social media is all about price increases, as well as the shrinking size of the banku and kenkey.

The price of Waakye and wele has also gone up… and running. I recently bought the popular Kofi Brokeman (plantain and groundnut) and was given two fingers for Ghc5.

I screamed in shock and horror. The woman looked at me and said I was lucky because others were selling theirs a bit higher than hers. Maybe the only item yet to see upward adjustment could be the famous Akpeteshie, the locally brewed drink.

Almost everyone is complaining about inflated prices of goods and services, and that is no exaggeration. On my way to work on Monday evening, inside a shared Taxi, I overheard another passenger, clearly frustrated, lament the receding income on her business profits.

I sat down and pretended to be dosing off but kept an ear up so I could get a gist of whatever she was talking about to the friend. She sucked her teeth throughout the conversation. It was heartbreaking listening into her conversation. I later switched to another car heading to Prampram and there was more drama. A passenger and the mate traded insults for most part of the journey over FIFTY Pesewas.

I later logged onto Facebook and Twitter in the evening to catch up with the fresh gossips. Almost everyone had a story or two to share about the price increases. One person described the increase as “witchcraft.” Another also described the increase of goods and services as “Kalabule”, a term made famous in the late 1970s and 1980s to describe the outrageous inflating of prices on items. Ghana then under late President Jerry Rawligns military regime, those accused to have engaged in “Kalabule” were arrested and publicly flogged.

I made a quick check on the person’s profile, and he gave his year of birth as 1997. For most people his age who did not experience any military reign and the associated brutalities, asking the same military to intervene in the affairs of the state sound sexy.

The current dispensation is unimaginably difficult. It does not however mean the military should be brought in to deal with the obnoxious price increases. Innocent people will be battered for nothing.

This very person who wants the military to come should ask the parents how people were publicly humiliated by being stripped naked. The intervention ended up destroying families and throwing many into jail and exile. Those who fell victim to the military brutalities never recovered and died with their physical scars and emotional pain.

I am not sure Ghanaians are ready for another round of such an ugly spectacle.

But the state cannot also sit and allow these increases to be inflicted on us.