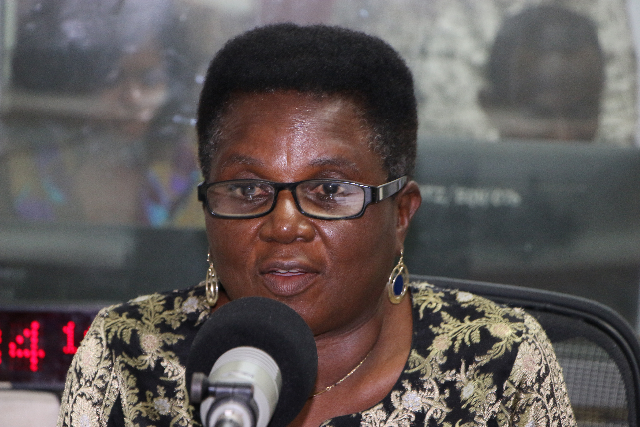 Life as an MP in Ghana is traditionally a short-lived stint, partly because of a tradition of mocking longstanding MPs as "Mugabe", writes journalist Elizabeth Ohene, in our series of letters from African journalists.

If it's longevity in a job you are looking for, you really should not be heading to the Ghana parliament.

Judging from the experience of its 24 years of existence, it seems to be a place more for short-term apprenticeships.

The 7th parliament of Ghana's Fourth Republic was inaugurated earlier this month and many Ghanaians stayed up until midnight to watch on television as all 275 members swore the oath of allegiance at a colourful ceremony.

Our parliament is getting a reputation for being an unsentimental place where members, no matter how revered they might be, are regularly chucked out unceremoniously. The membership of the house seems to get renewed comprehensively at elections every four years.

When this Fourth Republic started life 24 years ago on 7 January, 1993, the current governing party, the NPP, were not in parliament, having boycotted the parliamentary elections.

The NPP first entered parliament in 1997 with 61 elected members.

Today, there are 169 NPP MPs but only one, Osei-Kyei Mensah Bonsu, dates back to the 1997 intake.

He is the current majority leader, and speaking at the midnight sitting, he put it this way with a wistful smile:

The situation is no less dramatic on the NDC side of the House. Of the 189 members of the NDC that entered the house in January 1993, only one survives today as a Member of Parliament, Alban Bagbin.

He has been elected second deputy speaker and he pointed out equally wistfully that on his side of the house, 80 of his colleagues lost their seats during the recent elections and out of that number, 42 were one-term members.

This new parliament has 182 new entrants in the 275-member chamber. Of the 93 continuing members, not many can be described as "old hands".

The newly commissioned Parliament Training Institute is going to be very busy as the new members are taken through the arcane ways of the house.

There are voices being raised today about the brutal attrition rate of the membership of the house and the need for us to build institutional memory in our parliament.

Something tells me such voices will disappear once the political party primary season starts and the jostling begins to find candidates for the parliamentary elections.

In our country, anybody who has been in parliament for three terms is mocked mercilessly as a "Mugabe", who should be forced to stand down.

Nobody says so openly but part of the attraction of wanting to go to parliament is obviously the financial remuneration.

Our MPs tend to look well-off and are assured of a handsome package at the end of the four-year term.

That is what the public sees, and of course the parliamentarians are called "Honourable", and this counts for very much hereabouts. And yet the life of an MP in Ghana can be a trial and a temptation.

Being an MP means you wake up each morning to a long queue of people in your house.

Some of them want money to pay school fees or hospital bills, some want jobs for themselves or for their children or both, some just want to tell their MP they are angry the MP's vehicle drove past them and did not offer them a ride and they wouldn't be voting for him or her at the next elections.

You ignore your demanding constituents at your electoral peril.

In the meantime there is a lot of excitement about the new intake. They are younger, the youngest being the 23-year old female university student who sits on the majority benches.

There are 35 women in the house, nowhere near the number that we all think we should have, but they are a power-packed group.

On the majority side, a 35-year old female is the deputy majority leader.

The majority of people who make it into our parliament still come from the teaching profession but the lawyers and bankers, doctors now constitute a sizeable number.

It costs a lot of money to get elected into parliament and some people do not finish paying off their debts before they lose their seats.

But at least they are assured of being called "Honourable" for the rest of their lives and many consider that a worthwhile investment.