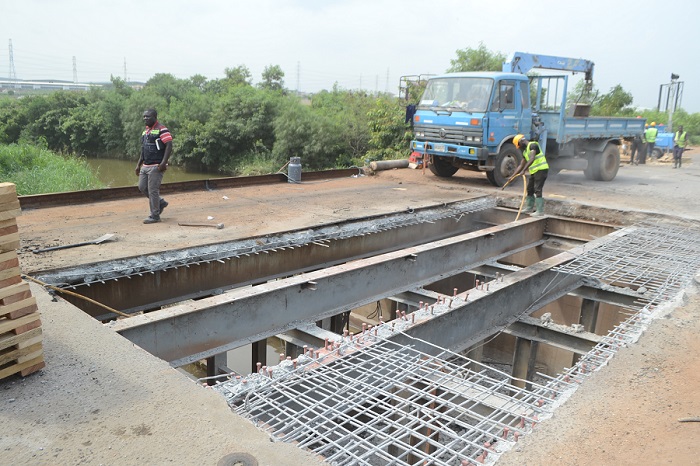 Thankfully Friday 17th June 2022 will be here specifically 6am will arrive and the aforementioned bridge on the nation’s only designated expressway will be re-opened to much relief and joy especially from the likes of Lorrencia the author of the piece titled ‘ambushed by traffic - the dilemma of working parents’.

This momentary relief may act as the high so much needed by the junkie so much so that in our state of delirium celebrate what is n effect a phyrric victory as against setting ourselves up against any such happenings in the future.

It’s said that come august works on the 18im stretch will begin. We are in mid June with only July separating June from August, the question that jumps out is what is the sensitization plan?

In other jurisdictions, key stakeholders particularly the road users be they drivers, passengers etc would have been consulted, engaged with and their inputs solicited for the effective planning of the project prior and during implementation. Is that happening or it will happen only as a reaction when folks are inconvenienced and the shouting reaches a crescendo?

Obviaouly, the Lakplakpa bridge has taught us that it needs not come to this.

The reconstruction is estimated to last over 4 years- this brings me to the question of alternative routes - I sincerely hope unlike the case of the Lakplakpa bridge where of the 3 point recommendations made to motorists the most practical was the request for motorist to set off early. Though helpful it’s not always one can set off early, as shown by the Lorrencia piece people’s lives is not only about work and the time we set off but is more complex as determined by one’s lifecycle and station. The choices of a 30 year old woman is different from that of a 55 year old woman who has gone past child raising. So it’s a important that alternative routings are thought off and communicated weeks ahead before the start.

Road or traffic management arising out of the Lakplakpa bridge was not stellar. Knowing our penchant for disorder 8 to 12 well resourced outriders could have been deployed along the stretch to one maintain order especially the menancr of shoulder driving and empowered to fine or arrest recalcitrant motorists in the spot. The recent case exposed the paucity in our traffic Mgt process and I pray that it’s going to be looked at. The good news is that we can do it, for I recall the recent Japanese led interchange project, traffic coordination was almost flawless how was it so? We have the men, they need to be direected and I hope they are being engaged with a solid plan as august approaches.

Lastly, we were told that the Lakplakpa bridge was originally going to take 3 weeks interestingly and thankfully as a result of a fast curing cement which we recently discovered it will hopefully be open to the public tomorrow. Why the huge difference in days needed for the project? I hope notice has been taken and this will not be repeated in the upcoming major project.

Last, last, proactive communications matter. It took activists including an open letter from Anny Osabutey to rouse the comms unit of the ministry to issue an official memo on status and plans many days after the project had started and a lot of energies had been dispensed by law abiding citizens on why they are being punished for bo wrong except wanting to go about their normal duties in an unrestrained manner.

I pray that these humble points will guide us - I pray it will not be the case of coming events casting a long shadow.

A beautiful day to all. Apologies for any typos or wrong attributions.