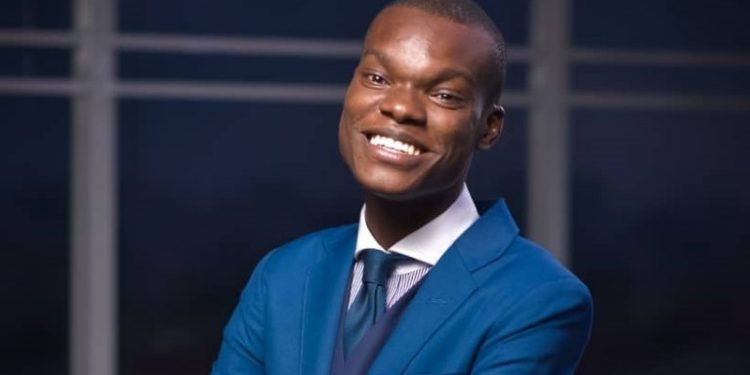 For more than 15 hours since news broke of the arrest of Citi FMâ€™s Caleb Kudah, I restrained myself from passing any comment or opinion. But I knew there was something his media house was not doing right when I read the first report on their website. And I guessed what might have put Caleb in trouble.

Caleb, a vociferous critic of the government, was arrested and handcuffed like a criminal. From the CCTV footage released by Citi FM, three pick-up vehicles with seven policemen armed with AK47 assault rifles and others, not in uniform, stormed Citi FM as though they were invading a den of hardened criminals. (I hope Ghanaian journalists convene a meeting to brainstorm on alternative phrases for â€œRambo-styleâ€).

The operation at Citi FM was to arrest another journalist, Zoe Abu-Baidoo. Caleb had been arrested at the Ministry of National Security for taking videos and sending them to Zoe.

When I read the story on Citi FMâ€™s website, I called someone there and asked them to do something about the report. The report simply said Caleb was arrested for filming a restricted area, the National Security Ministry. I explained that the story as it was, portrayed Caleb as a lawbreaker, when, from what I knew about the National Security Ministry and what I suspected might have put Caleb in trouble, he had done nothing wrong.

I said to the person that filming at the National Security Ministry (what is known as Blue Gate) is almost impossible. The ministry is walled and the tall gate only opens to vehicles that are sanctioned to enter there. If youâ€™re a visitor, you park outside and your phones and even car keys are taken at the reception area, the entrance. And when youâ€™re out of the ministry, you will need a drone to be able to film inside.

Caleb is tall, but his long neck could not see above the gate or the tall wall. So, I said I was certain it wasnâ€™t the National Security Ministry itself that Caleb was filming.

Next to the ministry is a large space, which is about the size of two football pitches. This space stretches to the Accra International Conference Centre. In this yard, there is a building that occupies less than 5% of the space. This building Iâ€™m told is the communications unit of the National Security Secretariat.

Inside this building, you cannot film because at the reception your phones are taken and youâ€™re are searched with a metal detector before youâ€™re allowed in. I have visited friends at both the National Security Ministry and this building, and Iâ€™m familiar with how things work.

So, when they said Caleb was arrested for filming at the National Security, I knew it could not be anything injurious to the security of the state unless there was an operation that was taking place outside the Ministry of National Security or in the vast yard outside the communications building.

The call to my friend at Citi was to alert him to these facts and request that they add the exact place he was filming and the content of his videos to their story. Just publishing that your reporter was arrested for filming the National Security Ministry, which is a â€œrestrictedâ€ area, without the details created the impression of someone who was clandestinely and needlessly intruding on the state security establishment. Adding details of the filming would have shaped the discussion and commentary in a significant way, I told my friend. That did not happen at the time I went to bed.

When I woke up at 2 am, I saw the update of the incident and this was the account by the management of Citi FM shared on Citi TV.

The update still did not state exactly where Caleb filmed. It did not state the content of the video even though management at the time had spoken to both Caleb and Zoe. 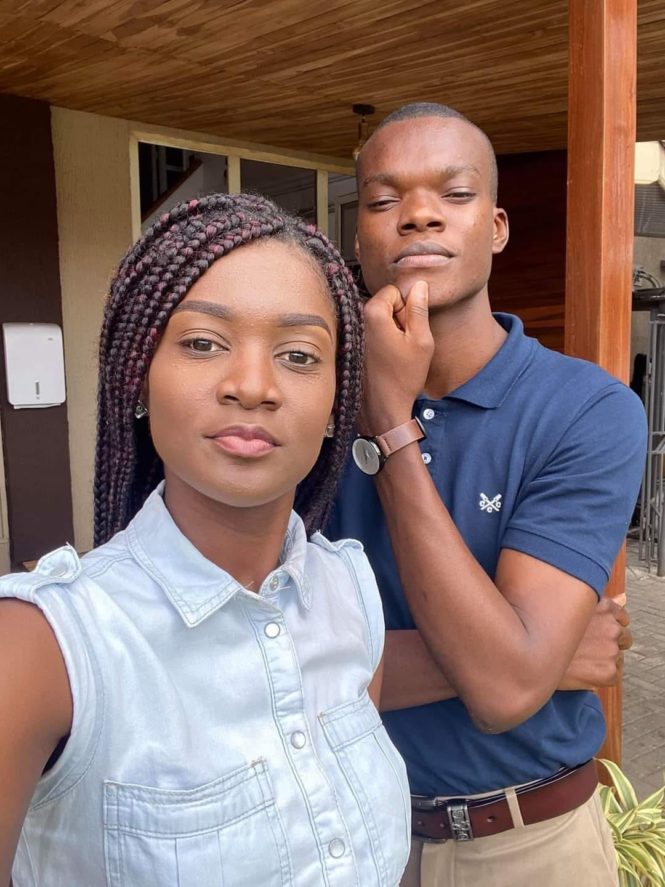 My biggest disappointment in that the update was the emphasis that Caleb was filming a private video and that he hadnâ€™t been sent by the station on that assignment.

It is wrong to do that to a journalist who has been traumatized. It comes off as betrayal. It is a mistake that should not be repeated.

In this century, a journalist worth that professional tag doesnâ€™t always have to be assigned to a story. A journalist who senses something awkward or newsworthy can make the move and report to their editors.

In 2017, I visited a friend at the National Security building next to the ministry. In that building, I saw hundreds of vehicles parked there for some time.

When I visited the same friend in 2018 and saw the vehicles, I took photos of them with my phone on my way out and started asking questions. Knowing that about 100 Gallopers had been imported by the Ministry of Government and abandoned for two decades, I decided to pursue this story. I told my editor about what I had discovered and what more I intended to uncover and I was asked to proceed.

(That story, â€œGrounded Wheelsâ€ won me the West Africa Journalist of the Year at the 2020 West Africa Media Excellence Award.)

My investigation revealed that the Microfinance and Small Loans Centre (MASLOC) had imported the 350 vehicles (including 100 buses) that had been left at the National Security Building. I later found out from my investigation that the price of the vehicles had been highly inflated so the private transport dealers who were supposed to take them and pay on installment had rejected them.

I also found out that Ghana lost more than GHc 10million in taxes because the company was exempted from paying taxes when the contract specifically stated that the company would pay taxes.

I extended the investigation to the Aayalolo buses that were grounded and the ambulances that had been imported and left to rust while the nation suffered.

The ambulances were parked at the Airforce Base in Accra. And the reason the ambulances and the 350 MASLOC vehicles had been taken to security installations was not difficult to find.

They had been moved from the large public car park in front of parliament and taken to security installations to hide them from the public.

On May 4, 2021, Caleb Kudah posted about the abandoned MASLOC vehicles in the heat of the #FixTheCountry movement. He was told that the problem had been fixed.

While driving past the area, his good journalistic instincts told him to check if the problem had been fixed as MASLOC had alleged. When he saw that some of the vehicles were still there, he decided to film the evidence with his phone.

And it was confirmed when I found out.

Caleb was arrested for filming vehicles that were bought with the taxpayerâ€™s money and abandoned. He had been told by those in charge that the vehicles had been distributed. In the past, I got permission from MASLOC to film the vehicles, a mess that had been left by the Mahama administration. After the story, the current management said they would take steps to sell them off and recover whatever amount they could salvage.

If they did not do it, it was an indictment on them. They had already told Caleb that they had distributed all the vehicles, a reason the journalist had to apologise and deleted the post. If Caleb went back to those same people to get permission to go in there and film and expose them, they would not allow him.

He was not filming grenades or highly classified security information. What he was doing had an overriding national interest and he did not break any law or journalistic ethic. He should not be treated like a criminal. 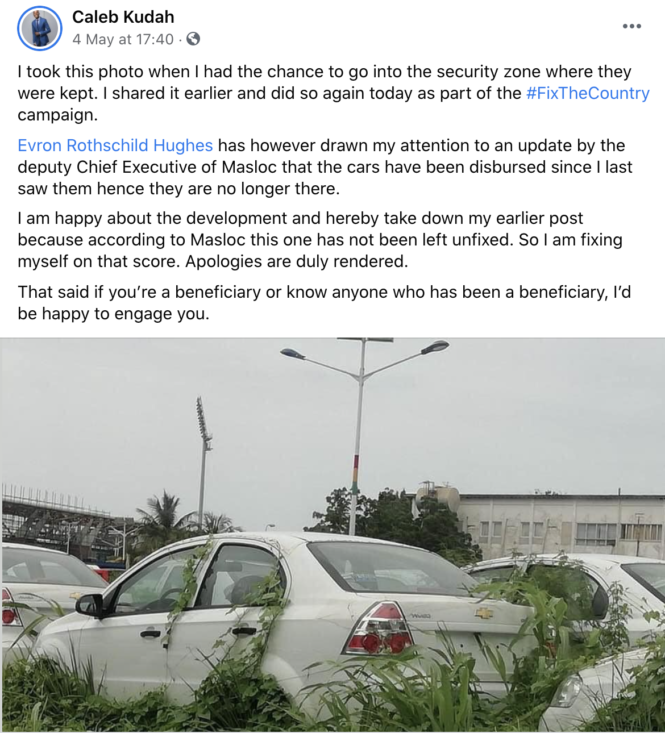 What happened to him should not happen to anyone. And we should get serious about filming public spaces. A team I recently sent to interview the Department of Urban Roads was stopped from filming the building after the institution granted the interview.

The restrictions on the media are suffocating and there is absolutely nothing wrong with public buildings.

Media owners must stand up for their journalists and help fight these repressive attitudes. In 2017, an Accra High Court ruled that the police had no power to seize and search a personâ€™s electronic gadgets without a court warrant.

Media owners and journalists should fight this because when the security agencies seize your gadgets, they endanger your work and your sources.

If our media houses cannot stand by us journalistâ€™s they should not do any to suggest betrayal. It can dim a journalistâ€™s morale and kill their career.

The writer, Manasseh Azure Awuni, is the Editor-in-chief of The Fourth Estate (www.thefourthestategh.com)