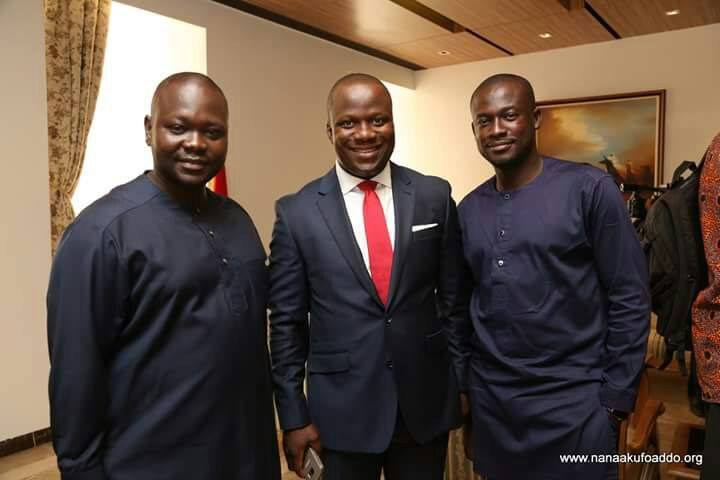 Our wise elders have warned us that if a man dies by stumbling over a stone, we do not run to his funeral. For the fear of also stumbling, we walk carefully to such funerals. Perhaps, it is because of this conventional wisdom that some people grumble that President-elect Nana Addo Dankwa Akufo-Addo has made a dangerous gamble. They say this may cause him to stumble and eventually tumble into his political tomb.

Not long ago, a certain youthful president of our republic surrounded himself with equally youthful young men and women. He was accused of debasing the Presidency and running the state like a game of candy crush. His critics thought he should have hired experienced hands to handle the affairs of the state. Their beef was not so much about the ages of President Mahama’s appointees. Their main concern was the appointees’ notoriety as vicious attack dogs, which some of them mistook for popularity.

They were young men and women whose tongues were sharper than a coconut seller’s cutlass. Most of them were PhD holders in insults and vilification of perceived political enemies. Former President and Founder of the NDC, Jerry John Rawlings, referred to them as “babies with sharp teeth.” Some people believe they were the reason President Mahama lost the election. The attitudes of some people in the Flagstaff House lowered the dignity of the highest office of our republic. In an article titled, “Is the Chief of Staff a Leper?” which I published on this platform, I stated the reasons.

When Nana Addo Dankwa Akufo-Addo got the opportunity to be driven in the only vehicle with the Ghana Coat of Arms as its number plate, one of the main expectations was that he would restore dignity to the Presidency. But when he named the people who would be helping him in the Flagstaff House (which he intends to revert back to its original name, the Jubilee House), hell came crashing onto mother earth.

With these names above, can we say Nana Akufo-Addo repeated Mahama’s mistake of surrounding himself with young, inexperienced and incompetent babies with sharp teeth? This question is difficult to answer with a yes or no unless the components of the question are treated separately.

Some of them are young. That is a fact. They may fit into the description of babies. They have, however, been mixed with old and middle-aged staffers. The director of State Protocol, Hassan Ahmed, is 62; while the Director of Research, Victor Newman; and the Chief of Staff, Akosu Frema Osei-Opare are both 69 years old. The Director of Operations at the Presidency, Lord Commey, is 48; and the Secretary to the President, Nana Bediatuo, Asante is 53; the same age as the Personal Assistant to the President, Saratu Atta.

Do the young people in this team have sharp teeth or tongues? No! Unlike a number of the young men who served in Mahama’s government, it is very difficult to point to any of the above youth as uncouth, insulting or a loose canon. They are disciplined young professionals. My elder brother often says, the alcoholic content in power is 80% so they must be careful it doesn’t get into their heads if they want to keep their sanity.

Are the young people in this team experienced and competent enough for their positions? In the Ghanaian context of experience, they are not experienced. In our society, we like to be introduced as “a journalist with 40 years of experience.” Nobody cares if in those 40 years, their neighbours did not know they were journalists. Motivational Speaker and author Caroline McHugh says not all people who tell you about their years of experience at something are actually experienced: “The people that say to you they have fifteen years’ experience when they mean one year fifteen times? They literally repeat themselves year after year…”

The work at the presidency is an administrative duty and not policy matters that requires technocrats. It doesn’t require rocket science to do that. Any young, loyal, dedicated, intelligent and well-mannered man or woman can do it very well, provided there are responsible adults to whip them into line when they go wayward.

It is too early for the NDC to start gloating and comparing Akufo-Addo’s “boys and girls” with those of President Mahama. The question they should ask is whether Akufo-Addo’s boys have sharp teeth like Mahama’s boys. They should ask whether Akufo-Addo’s “babies” will refer to Uhuru Kenyata as the President of Ghana in an anniversary brochure. Will Akufo-Addo’s Director of Communications attack journalists and destroy their gadgets without being punished? Will they pack journalists into a rusty tipper truck to cover a colourful ceremony at the Independence Square? Will Akufo-Addo’s boys and girls be as incompetent, arrogant and repulsive as some of Mahama’s young appointees? We cannot say Akufo-Addo has repeated Mahama’s blunder until we watch how his young appointees’ perform.

On account of how some young people conducted themselves in the past administration, it has become very difficult to appoint the youth into responsible positions in government. Nana Akufo-Addo has taken a huge, bold gamble. These young people must reciprocate this gesture by serving with humility and dignity. They should serve in a way that will bring honour to the President, the Presidency and to themselves. But they should be firm and adhere to what the Holy Bible teaches us in 1Timothy 4:12: “Don’t let anyone look down on you because you are young, but set an example for the believers in speech, in conduct, in love, in faith and in purity.”

People like Nana Akufo-Addo will soon outlive their usefulness. There’s nothing much for them to aspire to. But those in their 30s have a lot ahead of them. They should know that they have been given these positions not because they were the loudest attacks dogs who were unleashed on political opponents. At the end of their tenure, we need to see maturity.

Fiifi Kwetey the MP and Minister of State in 2016 did not sound differently from Fiifi Kwetey the NDC propaganda secretary, but people like Samuel Okudjeto Ablakwa matured considerably in their new roles.

I wish the young people who have been given and will be given the opportunity to serve in the government well. Yours is a referendum on the character of the youth. You have been given an opportunity to put Nana Akufo-Addo to shame or to make him proud. Those of us on the touchlines can only offer suggestions and advice. In your hands lies the ultimate choice.

To Nana Akufo-Addo, my advice remains the same:

God gives us our neighbours but we choose our friends. And it is we, not God, who will suffer the consequences of whatever choice we make. You have no say in who becomes a member of the NPP. But you have a say in who serves in your government.

You may make a mistake or two in your appointment but if they mess up, don’t hesitate to fire them. After your tenure of office, let it not be said that your appointees let you down. That will be a lame excuse because on the ballot paper we saw you, and not your appointees. You have the power to appoint and fire. May God grant you the wisdom and grace to excel in your government.

The writer, Manasseh Azure Awuni, is a journalist with Joy 99.7 FM. His email address is [email protected] The views expressed in this article are his personal opinions and do not reflect, in any form or shape, those of The Multimedia Group, where he works