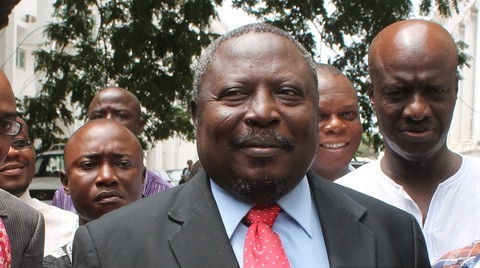 I have read and followed the publications on the online media since 26th April 2017 in which some Members of Ghana’s 7th Parliament have made needless derogatory comments about H.E. Jon Benjamin, the High Commissioner of the United kingdom to Ghana for a letter he signed on behalf of the High Commission in Ghana dated 20th January 2017 and addressed to the Speaker of the Ghanaian Parliament: “regarding the apparent involvement of three serving MPs and one former MP in visa fraud directly affecting the United Kingdom.” The wrong perception has been created by the unwarranted attacks on the person and office of the High Commissioner that by writing that letter he has brought or facilitated the bringing of the reputation of the 7th Parliament into disrepute in the eyes of the sovereign people of Ghana.

The only fact supporting the likelihood that the High Commissioner personally leaked his letter to the Speaker appears to be what the First Deputy Speaker was reported to have told Starr FM the previous day: “I think that that High Commissioner in so many instances has acted in ways that in my view transcends the bounds of decency and propriety.”

Hon. Samuel Okudzeto Ablakwa is also reported as having written in his capacity as Ranking Member, Foreign Affairs Committee of Parliament and chastised the content of the High Commissioner’s letter and stating categorically that: “Reading through Jon Benjamin’s letter, however, one cannot help but notice a rather regrettable colonial mindset” for proposing a protocol to guide future applications for visa from MPs holding diplomatic passports. Regrettably the criticism of the High Commissioner by Hon. Ablakwa appears to have been made under the erroneous assumption that the grant of entry rights to foreign nationals into any country is a right and not a mere privilege. Ablakwa’s criticism of the content of the High Commissioner’s letter also assumed that the High Commissioner either personally leaked the letter or he should not have written it in the first place when he says: “Even though many of us have had concern about the modus operandi and non-diplomatic tendencies of the top-most British diplomat in Accra, I will not advocate hostility or reciprocal action on British MPs….”

The insults coming from MPs from both sides of Parliament give the impression that Parliament is more hysterical about its reputation being brought into disrepute through the exposure of dishonourable conduct by its members rather than maintaining the honour and dignity of the institution of Parliament through a transparent, fair and credible constitutional process of dealing with members who bring the reputation of the institution into disrepute. But no institutional reputation can be achieved by covering up or insulting, or citing or threatening to cite whistleblowers or potential whistleblowers for contempt or abuse.

The institutional reputation of Parliament is endangered when a majority of citizens, civil society organizations, and foreign embassies and other missions in Ghana perceive attempts to maintain Parliament’s integrity as a mere window dressing. In any case, how is our Whistleblowers Act to function if MPs cannot tolerate the leakage of a simple letter stating perceived misconduct and suspicion of crime on the part of some members of Parliament?

When one reads the letter of the British High Commission to the Speaker dated 20th January 2017, carefully one cannot escape the conclusion that it did not call for any attack or insult on his person or office by anybody in the 7th Parliament of Ghana. In writing the letter, the British High Commission noted that: “the powerful words in your impressive inaugural address as Speaker, to the effect that, for Members of Parliament, holding a Diplomatic Passport is both a privilege and responsibility which should not be abused; and that those who abuse that trust would be appropriately dealt with.” The letter was thus just a reaction or response to an undertaking made by the Speaker himself in his inaugural address. Did the Speaker at the time of making his inaugural address know that some members of Parliament in the previous Parliaments had abused the privileges accorded them in the issuance to them of Diplomatic Passports?

The dissolution of those Parliaments did not affect whatever criminal offences involving fraud, dishonesty or moral turpitude the MPs might have been suspected of committing outside Parliament when they were MPs in the 5th and 6th Parliaments. Consequently, even though the British High Commission wrote to the Speaker of Parliament upon his inaugural undertaking, this matter should have been disposed of by the Speaker timeously, as he had no jurisdiction, by referring the High Commission’s letter to the Ghana Police Service for investigations in accordance with the laws of Ghana. The Ministry of Foreign Affairs was also at liberty to act administratively under the law dealing with the issuance of passports and travel documents.

Unfortunately, for three good months the serious indictment on the honour and dignity of Members of Parliament under the 5th and 6th Parliaments were kept secret from the sovereign people of Ghana from 20th January 2017 to around 26th April 2017. When a whistleblower leaked the content of the letter, the High Commissioner who signed the letter was targeted for shameful insults and name calling by no less a person than the First Deputy Speaker and Chairman of the Privileges Committee of Parliament, and other members of Parliament on the basis of pure conjecture.

Instead of the Acting Speaker of Parliament and other members shamelessly insulting the British High Commissioner for his letter which in my opinion sought to defend the dignity of the Parliament established under the 1992 Constitution, Parliament should rather be explaining to the sovereign people of Ghana why this matter was not referred to the police for investigation for three whole months before the whistleblower blew the whistle to the public. The explanation from the office of the Speaker that the matter would be dealt with in accordance with the law as it affects the integrity and reputation of Parliament looks belated. It gives the impression that if the whistleblower had not blown the whistle this matter may as well have been covered up or window dressed.

The Government of the United Kingdom and its Serious Fraud Office (now National Crime Agency) reported to and made available to the Government of Ghana documentary evidence of corruption involving public officers and Ministers of State in the Mabey and Johnson affairs somewhere in the year 2009.

The Government of Ghana showed and continues to show a disinterest to pursue investigations and possible prosecution of the case even after the Supreme Court had ruled that the matter could be investigated even by the Commission for Human Rights and Administrative Justice. The Government of the United Kingdom, its High Commission, and High Commissioner are again needlessly being insulted and intimidated by some Members of Parliament simply because a letter sanctioning and calling attention to the fact that some Members of Parliament in the 5th and 6th Parliaments might have abused their privileges and committed criminal offences in their application for visa to the High Commission has been leaked by a whistleblower to the sovereign public. How do we expect the Government of the United Kingdom and other foreign Governments from these experiences to believe that Ghana is committed as a nation to upholding the principles of probity and accountability enshrined in our 1992 Constitution?

It is a shame that while the Speaker of Parliament appears belatedly from abroad to be urging the use of temperate language in this matter by members of Parliament his First Deputy Speaker already led the pack of some of his members to attack the integrity of the British High Commissioner and his Government without any just cause.
Ghana clearly has a long way to go to defend the principles of probity and accountability enshrined in the Constitution.

I accordingly invite fellow patriotic citizens to join me in condemning the unwarranted attacks and shameful insults on the High Commissioner and his Government who only sought to defend the honour and dignity of Parliament as enshrined in the 1992 Constitution by pointing out past misconduct and suspected crime of some members of Parliament.