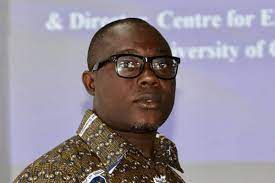 In the current alleged assault on a Citi FM journalists, a few questions must be dispassionately answered:

There are two sides to the issue. First, the journalist allegedly violating a law, a custom or a practice, and second, the National Security operatives allegedly beating him up, without resorting to due process of law. These must be independently investigated without any cover-up. The National Security may do its own investigations but this should not prejudice any independent investigations into the matter.

Generally, (and this isnâ€™t with specific reference to the allegedÂ  Caleb beating incident), we must not continue to hype the abuse of journalists over the infractions of journalists in a manner that only demonizes abusers and perpetuate media tyranny. We must deal with the phenomenon of media tyranny with the same energy we would deal with those who abuse journalists. Security capos must be civil, humane and law-abiding, in handling those who violate laws. But at the same time, no group of people can assert tin-god status over the rest of the populace. Even the Executive President, clothed with all powers like a political king-kong, cannot be a tin-god in a maturing democracy like Ghana.