Nduom writes: Out of adversity, a golden key to the future can come, long term investments 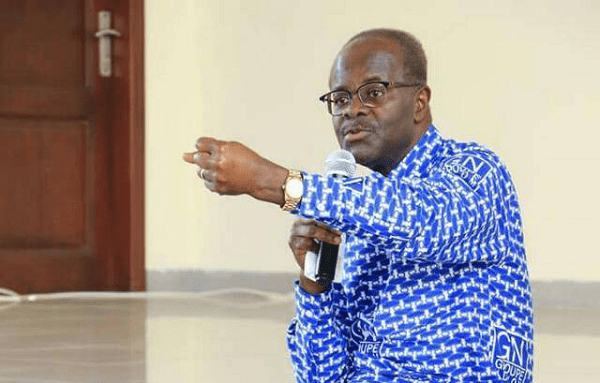 A lot has been said and done about banking reforms in Ghana and the use of taxpayer funds to guarantee deposits and pay them back to customers. Experience elsewhere, in the UK, USA and other environments with more mature investment climates, offer lessons we can use forge a credible way forward in the investment market. If we do not take care, regulator-market operator relationships may turn into master-servant instructions and in the process destroy the credibility of the industry in the eyes and minds of individual investors. I want to use the example closest to me to show how we must turn the challenges being faced by fund managers into long-term investment opportunities for the benefit of the customers.

For this to happen, we must take politics and “group/mob mentality” out of the picture and ensure that every individual takes responsibility for the investment decisions they make. Many investors do not read the fine print or the rules that govern the products they go after. As a consequence, in Ghana, many people just ask how much they will get for every cedi they invest. They do not ask what the monies will be invested in and don’t want to hear about the probability of losing even the capital they give to a fund manager. It is only when people find a door closed or see others running to chase after their funds that they begin to ask questions. Invariably, the blame goes to the fund manager, then to the regulator and eventually the government of the day, When pressure mounts, the regulator wakes up, issues threats, revokes licenses of operators but the real transformation required, in customer expectations and fund manager product innovation, the shift from short term to long term and the development of proper and credible investment products don’t happen. Investor education, a joint Regulator-Fund Manager must be at the forefront.

Earlier in the year, out of the adversity of the liquidity challenge brought about by regulatory changes in the investment industry in Ghana, it became necessary to develop and offer an alternative product to the existing Gold Coast Fund Management (GCFM) Structured Finance (SF) customers. It came with the reality that customers had moved from banks to fund managers over the years in search for higher returns with short-term on-demand liquidity. There had also been a proliferation of fund management companies competing for customer funds. So with the regulatory changes and the dearth of liquidity in the system, companies such as GCFM must step back and seek a complete change in their fund management businesses.

That is where and how the retrofit investment vehicle has become a necessity for GCFM. It has become known as the Cardinal Assets Master Trust (CMT). The investment industry is not like the banking one where deposits are available on demand and in most parts of the world are guaranteed through deposit insurance up to a maximum amount per account. With investments, returns can be positive or negative and it is the ingenuity and experience of the fund manager that is important.

It is my belief that out of the financial crisis that has gripped the nation since 2017, Ghanaian fund managers will respond with great and innovative investment products that will provide the path to a new long-term investment attitude/behavior. The CMT given birth out of a crisis, can bring a good example to replace the short term, impatient, cash-based investment mentality prevalent in Ghana.

“The once-revered investment bank said it lost $2.1 billion, or $4.97 a share during the fourth quarter of 2008, representing the company's first loss since it went public in 1999. In 2007, Goldman reported a profit of $3.2 billion, or $7.49 a share...The results were worse than expected. Consensus estimates were for a loss of $1.63 billion, or $3.73 a share for the quarter, according to Thomson Reuters.” Many of its investors ran to redeem investments. Many institutional investors and others refused to invest in Goldman Sachs products. “Back in 2008, when investors were racing for the exits amidst a global economic meltdown, Warren Buffet threw a lifeline to Goldman. Taking advantage of the general atmosphere of panic, Warren Buffett’s Berkshire Hathaway pumped $5 billion into Goldman Sachs shortly after Lehman Brothers collapsed. Buffett bought $5 billion in preferred shares, and as part of the deal won warrants for an additional $5 billion worth of common shares....In 2011, Goldman bought back the preferred stock for $5.64 billion, and handed Buffett a $500 million bonus. Then, Buffett exercised the option on 13.1 million common shares for a value of about $2.07 billion. Berkshire has made a nice bundle on the stake; it earned approximately $3.7 billion, from the stake, Bloomberg reports.

Like Goldman Sachs, GCFM, now BlackShield, has suffered unprecedented demand and pressures for the redemption of investments. The regulator, the Securities & Exchange Commission (SEC) in January 2019 directed GCFM not to accept new funds or investments due to the liquidity challenge facing the company. A public notice followed. Customers were encouraged publicly to file official complaints or go to court to demand their investments. Through all of this, over GHS200 million of investments have been returned to investors. GHS300 million more will be returned by the end of 2019. GCFM over the years has assumed leadership position in the fund management arena with upwards of 70,000 customers and 90,000 accounts. The customer base includes teachers, soldiers, police officers, members of the judiciary, parliamentarians, financial institutions, traders, business people of all types and in general a representation of Ghanaian society. So in the era of a general liquidity crisis, patience and protection of assets due customers are very necessary.

Interestingly, given the options, about 25% of SF customers have made the choice or declared the intention to migrate to the CMT.

In general, many have assumed that investment funds are placed in mostly liquid assets such as treasury bills even though the customers look for returns higher than what the government instruments provide. The short-term orientation or habit has blinded many to the financial crisis being experienced in Ghana. To deal with this in a productive manner needs a paradigm shift in product formulation and new era of regulator-fund manager collaboration.

CMT is designed to go against the grain. The expectation is that those investors who choose CMT can in a couple of years be rewarded with significant returns similar to what Warren Buffett’s Berkshire Hathaway company enjoyed in the USA by taking a chance on a Goldman Sachs that many turned away from.

So what is unique about this CMT? The promoter, Groupe Nduom, has combined a lot of its best assets and investments in multiple industries, about GHS4 billion worth, to guarantee the net GCFM SF investments into CMT. The objective is to manage these assets and investments to provide better than average returns. Those who participate in the CMT will be allocated shares which will be liquidated over a period of time based on the wishes of the customers.

For those GCFM/BlackShield customers who can’t or won’t wait, there are negotiations and commitments made to return their investments to them. For example, the plan is to return the investments of about 25% of accounts by the end of 2019. This is going on. It takes time to engage 70,000 customers in a productive way. But it is happening. In the end, the determination and ability to transform investments made by customers into positive, value-laden results is what we must concentrate on.