Opinion: 'A call for restoration of the conscience of the nation' by Prof Gyampo 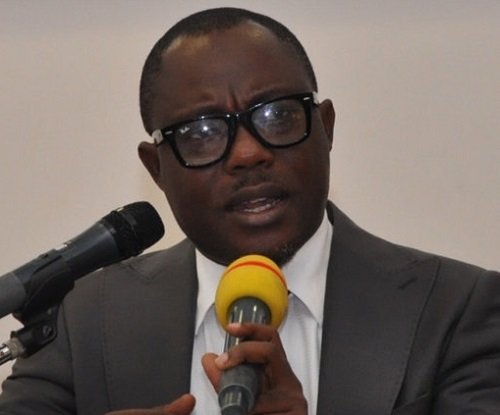 It hurts to see young people offering such unquestionable support for very self-seeking, self-perpetuating and self-aggrandizing politicians and it feels a bit elating to see a few of them, initiating a move to sustain pressure on government to get the country fixed.

If this is a genuine movement that would outlive regimes, then it is worth its salt and must be joined by all well meaning young people to restore the conscience of the nation. For it appears we arenâ€™t angry enough as young people, and in particular, we have allowed excessive partisanship, which breeds madness, to rob us off our sense of agency to demand interventions that address our own basic needs.

I am currently on a desert but I just noted something that struck me. Water, I am told, flows EVERYDAY. But why do we, in Ghana, have water bodies, and yet even in elite areas, and in many parts of the capital, water, a basic necessity of life, flows once a week? So how are the people in the villages and hinterlands faring?

I schooled in the US briefly and I remember among the list of items I bought first, when I settled in my school, was a big bucket. After bathing, I fetched water with the bucket and kept it. Then my Supervisor, Professor Pearl Robinson visited me and saw the bucket containing water, filled to the brim. She asked what I was doing with the bucket of water, but I ignored her and introduced another conversation. But she asked the same question about four times in a manner that demanded a response. My response was â€œProf, I bought the bucket, to fetch and store water after bathing, so that if the taps do not flow, I will always have water.â€ My supervisor looked at me in shock, doubt and disbelief, upon hearing my response, and the look on her face, got me also thinking for about a minute, and asking myself why she appeared ignorant about the use of a bucket. She then tapped me by the shoulder and said â€œplease return the bucket, and go back for your money. I have been here for 60 years and havenâ€™t seen waterÂ  stop flowing from the taps. I can assure you that the water wonâ€™t stop flowing whiles you are here. Please return the bucket.â€ I quickly poured the water and without even wiping the bucket, I returned it and my money was refunded.

In Ghana today, we are told we are more digitized than America. If this is true, then we must commend government. But is digitization of the economy more basic a necessity than water? Can we â€œwaterizedâ€ every part of our small country and also tout it as an achievement? How did JA Kufuor solve the water issues in the many parts of the Central Region, including my hometown, Saltpond? Why havenâ€™t successive governments after him, replicated such a laudable intervention in the rest of the country?

I honestly believe we have to fix our country.Â  Those ignorantly asking Ghanaians to fix themselves first, must go read the works of Todaro on African Development. He pontificates the caliber of citizenry we have in developing countries, and what must be done to ensure they become enlightened to provide the needed cohesion and support for national development. He doesnâ€™t recommend a cheeky arrogant refrain of â€œfix yourself firstâ€. For the generation of the Leviathan wouldnâ€™t have been necessary if the people in Thomas Hobbesâ€™ State of Nature had the capacity to fix themselves.

Politicians have paid lip-service to our challenges for far too long . In a very recent study conducted by the Child Rights Organization headed by Bright Appiah, over 80 percent of children interviewed said, they have no hope of securing employment after school. These were children below the youthful ages of 15 to 35 years. They expressed other sources of hopelessness in a manner that portends danger for the future of Ghana and anyone who cares about Ghana can speak to Bright Appiah on this research.

Unknown to many young people in Ghana, we, were referred to as the CONSCIENCE OF THE NATION. The youth brought regimes to power and kicked leaders out, when they failed to live up to the fiduciary trust of the people. Knowing how powerful they were, the politician, upon the lifting of the ban on partisan politics, following the promulgation of the 1992 Constitution, decided to break the strength of the youth, by introducing partisan politics on the various tertiary education campuses. The TESCONs and TEINs were created just to divide the ranks of students, so they wonâ€™t worry any government again. Through same partisan politics, the partisan politician has infiltrated the camps of student politics, and now funds student elections to determine who becomes an SRC or NUGS President, just to ensure that the youth are not mobilized to keep governments on their toes. How many young people know this?

Today, if a young person goes to look for a job, he is asked to show working experience and higher educational qualifications in order to secure non-existing employment placement. Yet, the politician virtually needs no qualification and experience to go to parliament or to be elected as President or to benefit from any juicy political appointment. Why do they lower the bar for themselves and raise same when it comes to youth employment?

Any nation whose youth is severed from the governance processes and confined to unquestioned fun-fool respect for politicians, whether in opposition or in government, would have a bleak future as it would bleed till it dies. So, I call for restoration of the conscience of the nation. Arise, Ghana Youth, for your country Ghana and do not be tamed by excessive partisanship. For the old politicians who have one foot in the grave and the other on a banana peel, are on their way out. We are the ones who would suffer the consequences of their actions and inactions if we do not rise up to insist on the right things today.