Opinion: 'A week on: Executive day of shame' by Kofi Asante 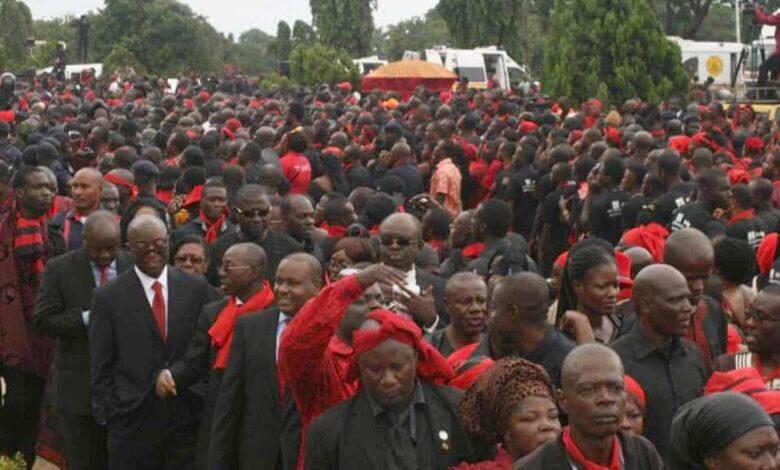 Let me start by saying that, I am personally angry and devastated by the state of affairs and injustice in the system.

As a youth, good governance, media, and press freedom advocate, I have noticed with dismay the level of despondency among young people in the Republic of Ghana.

The National Commission on Civic Education's (NCCE) report just affirmed what some of us have warned and spoken about for years.

You can not be neutral or indifferent to situations of injustice, because if you do, you have preferred the side of the tyrant.

You can not continue to sit on the fence and expect different results from political actors.

Other stalwarts who were present from the opposition NDC are Johnson Asiedu Nketia General Secretary (also Parliamentary Service Board Member), Ashanti Regional NDC Chairman Augustus Andrews Nana Kwasi among others.

These bigwigs and political heavyweights led by President Akufo-Addo (Chief Mourner) have not only succeeded in discrediting and negating the country's Corona Virus gains but also eroded our hard-earned democratic credentials (rule of law) into a grand dictatorial and partiality regime.

The President of Ghana has no excuse for this avoidable illegality.

In as much as I commend the Minority group of Parliament's quest for the President to render an unqualified apology to Ghanaians, I am surprised they fail to rebuke and demand the same from their General Secretary and other party executives who shamefully contributed to this dastardly act.

Aftermath of the funeral

One week after intense media and public backlash, the Ghana Police has found their lost law enforcement mandate.Â

It is just ridiculous to hear that a family member of the late Sir John, Charles Owusu was arrested and granted GHS 30, 000 bail.

It is apparent the grand scheme to orchestrate, frustrate, mislead the public that they (police) are doing something has just begun.Â

I promise you, nobody (not even a cockroach) will be penalized, disciplined, or sentenced.

It is worthy of attention that, after the Ghana Medical Association (GMA), OccupyGhana, Minority, and other civil society condemnation on this regrettable executive break of the Executive Instrument (EI) banning funeral, there has not been an official statement or communique from President Akufo-Addo's government.Â

What they forget is, Ghanaians are already privy to the cash donations and idea investment of the Government and New Patriotic Party in the planning of the said event.

A befitting burial and proper farewell for one so-called party loyalist and government official who died from Corona Virus is worth the lives of hundreds of innocent citizens at Sakora wono.

A government that is struggling to purchase vaccines and virtually begging for aides has the nerves to lower the COVID-19 bar to this extent?Â

Have a good night.