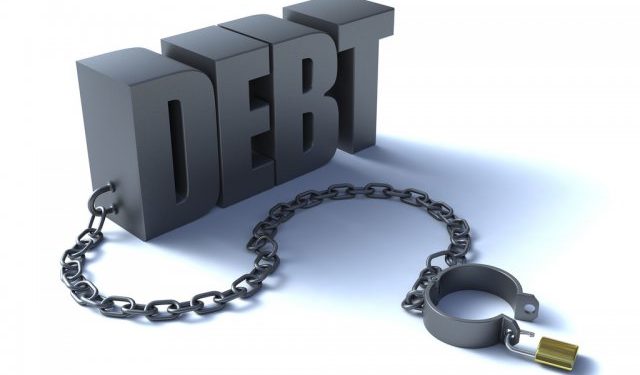 China may be the largest lender to emerging markets, but it is not the creditor that Africa should be most concerned about.

In recent years, African economies have accumulated significant amounts of commercial debt due to the removal of barriers to accessing international capital markets coupled with growing interest from private lenders. While a broader pool of funding is needed to fill development finance gaps on the continent, borrowers must be alert to the consequences of private debt.

Private lendersâ€™ interests are significantly different from those of bilateral or multilateral lenders: due to a short-term focus on commercial gains, they may not be as keen to build long-term strategic relationships with borrowers. Therefore, borrowers may find it harder to restructure debt owed to private lenders, especially as countries struggle to recover from the pandemic.

The perils of private debt
Private debt, especially when raised through capital markets, poses many risks for economies. To access capital markets, countries must obtain credit ratings that indicate their financial strength and repayment capacity. Credit rating agencies have been accused of mischaracterising the creditworthiness of African countries, which, in turn, increases the premium these governments pay on their bonds.
The impact can be severe: credit ratings factor into ongoing and future negotiations with multilateral and bilateral lenders, who often rely on these ratings to assess a borrowerâ€™s risk. Furthermore, commercial debt tends to be more expensive to service compared to bilateral or multilateral debt. It is estimated that servicing commercial debt can amount to about two-thirds of the total debt servicing cost for African countries.

This is not to say that bilateral or multilateral debt is better â€“ each source of funding has its own set of accompanying challenges. For instance, many bilateral debt agreements are kept confidential, which makes it difficult for external stakeholders to accurately determine a countryâ€™s total outstanding debt.

On the other hand, while multilateral debt from organisations such as the International Monetary Fund (IMF) may have very low to zero interest rates, it often comes with a set of conditionalities for the borrower that may affect relationships with other creditors.

Time to rethink relationships with private lenders
The Covid-19 pandemic highlights the need for countries to rethink their relationships with commercial lenders, especially when it comes to seeking debt relief or renegotiating the terms of existing debt.
Private lenders were not a part of either the initial Debt Service Suspension Initiative (DSSI) or the Common Framework for Debt Treatments beyond the DSSI, instruments championed by the G20, World Bank, and the IMF to deal with public debt fragility caused by the pandemic. Although the Common Framework proposes that all creditors (bilateral and private) are treated equally, this proposition remains untested in practice and it is not entirely clear whether private lenders will participate.

Interestingly, even China, which did not participate in the DSSI, is now part of the Common Framework, indicating a preference among bilateral and multilateral lenders to band together when addressing sovereign debt issues. For borrowers, sovereign debt renegotiations and restructuring discussions are cheaper and easier to manage when the creditors are willing to work together as opposed to when they opt to renegotiate individually.

Avoiding Argentinaâ€™s fate
The unwillingness among private lenders to participate in Covid-related debt relief initiatives is unsurprising. Private lenders represent and owe a fiduciary duty to the investors and institutions that have injected money into their funds and have an interest in maintaining a competitive position in their respective markets.
Examples from previous restructurings indicate that private lenders are seeking alternative approaches to avoiding haircuts and enforcing payment. One common approach is to use litigation to enforce repayment.

The ramifications of the court order to service the holdout creditorâ€™s debt were so severe that they drove Argentina to default on its debt in 2014. To resolve the situation, the Argentinian government had to compromise and pay about $2.4bn to Elliot Management in 2016. The same fate looms for African debtors if they do not find effective solutions to engage and negotiate with private creditors.

Bilateral lenders look to the long term
Compared to commercial lenders, bilateral creditors may be less aggressive in seeking payouts due to other geopolitical and strategic interests.
Take China, for example: the country is now the largest lender to the developing world and has been criticised for extending copious amounts of funding to emerging markets. Still, China has other strategic interests, such as its ambitious Belt and Road Initiative, that may be leveraged in a potential restructuring to persuade China to renegotiate any existing debt.

Moreover, even before participating in the Common Framework, China indicated its willingness to extend debt relief to its African borrowers by cancelling interest-free loans.

China is not the only bilateral lender that has used debt as a means of establishing deeper relations with African countries: in 2020, Turkey paid off about $2.4bn owed by Somalia to the IMF. Relations between Somalia and Turkey date back to the Ottoman empire; currently, Somalia houses Turkeyâ€™s largest embassy in Africa and in 2020 the government invited Turkey to prospect for oil in the country.

These moves by bilateral lenders signify their interest in maintaining long-term relationships, further demonstrating the difference in approaches when compared to private lenders.

Considerable attention is focused on bilateral and multilateral lenders, with critics analysing the impact of their debt to emerging economies, but similar scrutiny is rarely levied on private lenders, who may be even more challenging to negotiate with.

Governments must adopt a bolder approach when dealing with commercial lenders to attain debt sustainability. A potential starting point is using the Common Framework to insist on equal treatment of all creditors in negotiation and restructuring discussions.

Equal treatment of all creditors requires transparency from the debtor, which has been a bottleneck in previous and ongoing negotiations, such as Zambiaâ€™s debt talks. Transparency and equal treatment among creditors may make private lenders more amenable to participating in debt relief and restructuring efforts.

A multi-pronged approach
Beyond this, debtors also need to rethink their borrowing practices. For instance, longer-term debt is easier to manage compared to short-term debt, as it offers the government more time to generate revenues before they start servicing existing debt.
Additionally, most of the bonds issued by African governments end up oversubscribed, meaning that African countries can afford to be bullish in international capital markets. Ghanaâ€™s recent issuance of a zero-coupon bond sets an exceptional example that other African countries can emulate.

Commercial debt is the most expensive to service, and African governments must identify a multi-pronged approach to secure debt sustainability, starting with issuing long-term bonds and low to zero interest rates.

At the point of restructuring, governments should take the lead in engaging private lenders and ensuring that they promote transparency in these negotiations. While commercial lenders may not have geopolitical interests, their oversubscription of African debt is an indicator that they are interested in what the region has to offer, and countries should capitalise on this interest to their advantage.