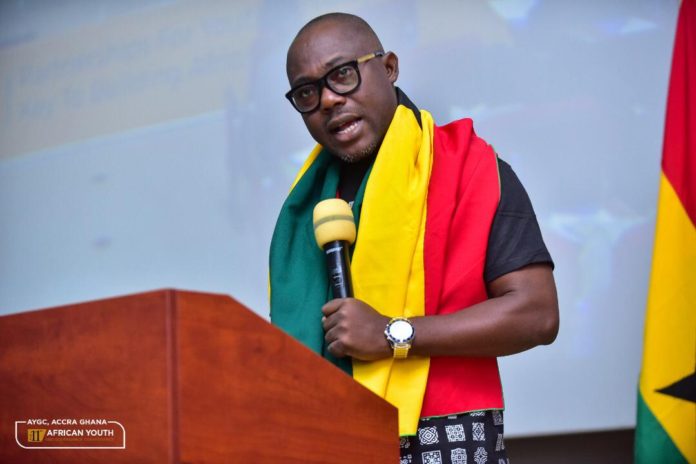 The killing of Kaaka Mohammed is unfortunate and regrettable.

My condolence to the family and may his soul Rest In Peace. But quickly, some have started pointing accusing fingers at the current regime with others expressing the hope that this shouldnâ€™t be state-sponsored. This is also not too good, as it would not allow proper investigations to be undertaken.

Looking at the official government responses to the â€œFix The Countryâ€, agitation, I doubt whether this killing may be sanctioned by the state, even though I am also very much aware that, in our kind of nauseating politics, everything may be possible, including turning a man into a woman and vice versa.

Government met the agitators to try and calm them down. Later, the agitations compelled, at least, two pressers to explain what government is doing to fix the country.

But of course, there are the hawks within the regime, who demonstrated intolerance by calling the bluff of the agitators and asking them to first fix themselves. Then, we have our Police Service, that typically tried to frustrate the intentions of the agitators to demonstrate, using very nonsensical explanations of Covid as basis, when they could not prevent or disperse the mammoth crowd at Sir Johnâ€™s funeral. These things make any attempt to link the state to abuses, including murder of an agitator, easy and plausible, even though skepticisms can be entertained because of the absence of watertight evidence.

We must also know, and not be oblivious of the fact that sometimes, our nasty and very dirty politics may push individuals outside government, to carry out such abuses, just for the purposes of deepening agitations and making governments unpopular. Again, there is no evidence to support this, in the case of Kaakaâ€™s death. But as we analyze the situation, through the lenses of fairness and objectivity, we must do so broadly, to cover all probabilities.

For the ignorant and unprofessional soldiers who went to kill two more human beings, I wonâ€™t blame them too much. We must blame their mode of recruitment and training. Regimes would continue to suffer even more monumental embarrassments from unprofessional security forces, so long as recruitments into these agencies are politicized and based not on meritocracy.

I was part of the 2000 Mobrowa Struggle and I played an active role, sometimes as the â€œDivine Drummerâ€ for our group. We saw the professional manner with which the police and the soldiers handled us even when they had to physically stop us for being unruly.

Who squats to shoot when demonstrations are on going? What was he aiming at? Human being or â€œbeelaâ€? Is that how to shoot to disperse? How was this soldier recruited? Who hired him? Who trained him? He is indeed a square peg in a round hole, wearing a military camouflage attire.

Elsewhere, I am touting our democratic credentials to some scholars and African leaders. But behind the scenes, they are pointing these abuses to contradict my claims about Ghanaâ€™s drive towards democratic maturity. The point is, the kind of unbridled hawkish-intolerance exhibited by some elements within regimes and the childish manner with which our security agencies act in dealing with demonstrators, constitute a severe blot on the maturation of our democratization process.

Are Ghanaian demonstrators immune to tear gas? How about the hot water cannons and rubber bullets?

Government may want to fire some security heads to send a certain signal that would compel and elicit highly professional conduct of our security agencies when it comes to crowd management and dealing with demonstrators.

Government may also want to send top security brass to school again for them to be socialized in the dogmas of the kind of relational competence they need, to talk agitators out of the demonstration, if need be, rather than the very cheap and democratically infantile way of quickly running to court, to seek an injunction. This only annoys and presents a needless potential recipe for revolt.

The President may have to personally intervene to give the needed assurances, bring peace and finality to this impasse. The security agencies have lost credibility in the sight of the agitators and demonstrators. The near-docility of our Peace Council has also created a certain legitimacy deficit that may make the Council ineffective in intervening. Given these challenges, the Presidentâ€™s personal intervention may be helpful and this must be done in a timeous manner.