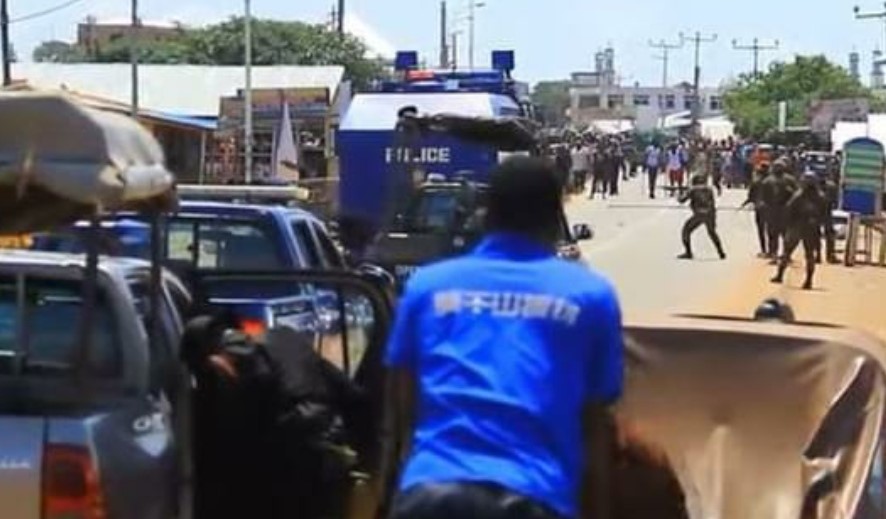 The utterly absurd story last week of soldiers on a rampage in Wa, the Upper West regional capital, in response to an alleged theft of a mobile phone belonging to one of them evoked terrible memories as a child when I witnessed some of the excesses by military personnel in the wake of both the June 4 and 31st December coups.

Back in the day, soldiers were a common sight on our streets, fearsome, lean, red-eyed and on a short leash, with an equally short fuse in tow.

They lashed out in fury at â€˜kalabuleâ€™ traders for allegedly selling items â€˜above controlled priceâ€™, subjecting them to brute whipping.

They dealt mercilessly with curfew breakers as they raced through the dark streets at night in their pinzgauers. Soldiers were the last people anyone wanted to cross.

Of course, they were buoyed by the fact that the country was under military rule and, therefore, felt untouchable.

I would not be surprised if earlier military regimes saw some excesses too that were fuelled by a sense of invincibility given succor by the gun, even if they were on a lesser scale.

In the course of the Fourth Republic, the scale of military misbehaviour has lessened considerably.

But it appears some soldiers did quite get the memo announcing the transition and seem to be suffering withdrawal symptoms and are clutching onto old practices.

Over the years, there have been several reported incidents of soldiers taking the law into their own hands and maltreating civilians - what they call â€˜discipliningâ€™.

Taken in the context of the span of time, these are isolated, but each is important in the concerns it raises and the mindset it exposes and cumulatively, they give cause for a great deal of worry and must be addressed.

This effectively speaks to a failure by some elements in the military at all levels to appreciate the role of the institution in our democratic dispensation and to strenuously curb those tendencies.

Perhaps for historical reasons arising out of military behaviour in the aftermath of our assorted revolutions and uprisings, many Ghanaians particularly fear the military. Drivers, especially of commercial vehicles, are careful to observe all road regulations when driving through Burma Camp, but will happily drive on the hard shoulder when in town.

No one in their right mind dreams of littering when inside a military camp, whereas many would casually drop litter in town without a second thought.

After all, back then, Burma Camp was a foreboding place (and still remains so for some) and to be asked to report there sent one quaking with fear.

When it was reported that someone had stolen a mobile phone from a soldier, many, including yours truly, remarked how bold (or foolish) the thief must have been for such a brazen act, akin to stealing in certain parts of Accra or Kumasi.

What this means is that almost instinctively, many people harken to how certain things, such as littering, would not happen under a military regime or in the presence of soldiers.

It is usually accompanied by a certain complaint that human rights are overrated and that this is not what Africa needs. Au contraire, they argue, we need a firm hand and discipline, which invariably is military-style discipline.

It appears that authoritarianism is wired into our collective DNA and we almost willingly invite those in charge to be â€˜hardâ€™ on us, because reportedly â€˜our ears are hardâ€™. Cumulatively, this mindset positions the military in such a way that it clothes the institution in a golden cloak and an important bastion to keep our society on the straight and narrow.

No wonder we saw such disgraceful scenes in Wa the other day because some of them have bought into this near-deification and feel above the law.

It is almost as if there is a collective disdain for the police and a lack of confidence that they are able to discharge their mandate.

Two examples jump to mind. The first is the famous tape recording in 2015 that showed the then Director of Police Public Relations, Superintendent Cepheus Arthur, with other policemen breathlessly appearing to be fleeing attacks by Agrologist residents in Accra after the police had stormed the place following an incident.

The narrative was that soldiers would have stayed the course.

I also remember from a few years ago a certain gentleman making loud proclamations on Peace FMâ€™s Kokrookoo morning show following an incident that he did not fear police at all and that indeed if he had been told soldiers were coming to arrest him, he might have panicked.

Most of us sniggered in amusement at both recordings played extensively on radio, but they spoke volumes about our collective attitude towards, and confidence in, the police when it comes to high profile volatile situations.

Of course, this has not been helped by the conduct of some policemen in their duties, which has given rise to several negative perceptions about policemen in general.

I believe we need to do more to invest in our specialised units of the police service, highly-trained to respond to public order events in order to avoid resorting to the military in such situations.

I certainly hope this will ultimately emerge with clarity from the ministerial inquiry on the unfortunate incidents that occurred in Ejura last week.

After almost three decades of a democratic dispensation, we should have weaned the military completely off the theatre of our public life as self-appointed â€˜disciplinariansâ€™ for whatever public infractions.

The military high command has a lot of work to do to stamp this out.

Our soldiers must understand that we run a democracy, and that such behaviour is unacceptable and must be punished.

That should focus their minds. The state must also resist the temptation to reach out to the military in public order situations, except perhaps in very extreme cases.

This ultimately also means we as a people must discard the rose-tinted view of soldiers as our liberators, messiahs and redeemers that we held back in the day when they stormed the GBC and gruffly announced they had taken over the reins of our country. We should know better now. Their job description is quite clear.