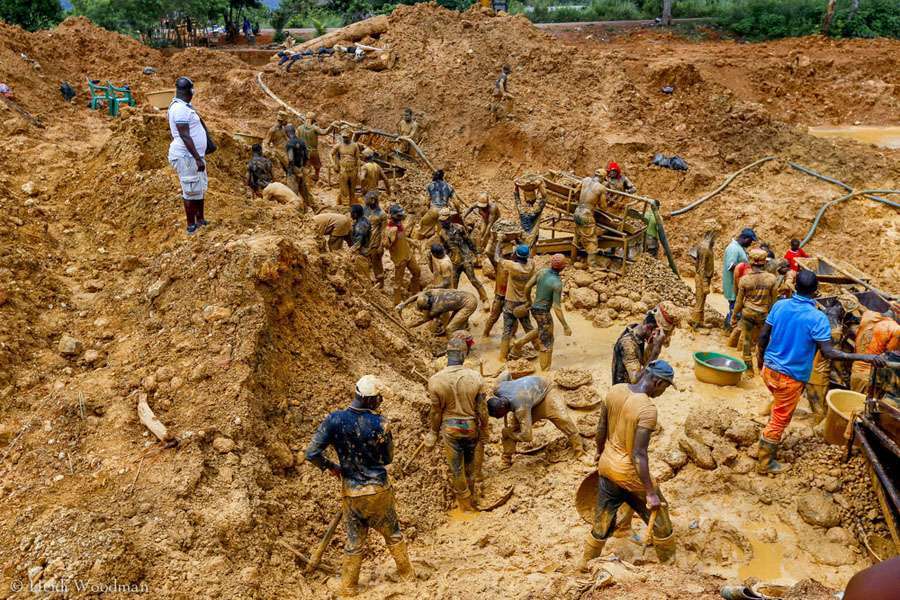 Letâ€™s say we win the war against Galamsey. What next?

I propose a stand-alone codification of the law on small-scale (artisanal) mining, a more rigorous application and enforcement of it, and setting up a special division of the Minerals Commission headed by a Deputy Chief Executive dedicated to artisanal mining.
Then, if we direct resources to applying and enforcing the rules, we could have a vibrant, responsible and well-regulated artisanal mining industry that will create employment and wealth, and still protect the environment.

Todayâ€™s mess is the direct result of a historical antagonisation of artisanal mining, then a 20-year reluctant legalisation from 1986, and then an abject failure of regulation from 2006.

The last of these is ironic because since 2006, Ghana has had one of the best legal blueprints for regulating artisanal mining anywhere in the world.

Artisanal mining was what we did before the colonialist introduced legislation that demanded levels of government licensing.

One colonial ordinance demanded that a person had to be able to read or understand the law, and provide proof of sufficient funds for prospecting before obtaining a licence. Mining was only allowed after successful prospecting.

Provisions like these made it well-nigh impossible for the indigenous Ghanaian to undertake legal mining, and effectively limited mining to the state or big-money foreign interests.

Some of these discriminatory legal provisions remained a part of our law (even the 1962 Act) until 1986!

But in this period, and not to be outdone, â€˜illegalâ€™ mining continued, and grew especially with the â€˜tailingsâ€™ left behind by the large, mostly foreign-owned mines.

Finally in 1986, the then Minerals and Mining Law gave a grudging legal recognition to artisanal mining, defined as mining â€˜by methods not involving substantial expenditure or the use of specialised technology.â€™

The terse provision sounded more like a reluctant policy direction than law, and subjected artisanal mining to the existing rules on mining for building and industrial material.

It is within this unsatisfactory legal milieu that artisanal mining was to be regulated. Little wonder that we lost the plot and failed to regulate.

Come 2006, we passed a more forward-looking Minerals and Mining Act. Having seen the potential wealth and danger of artisanal mining, that Act and its subsequent amendments, stand tall, compared with similar legislation elsewhere.

Yet, there has been an inexplicable unpreparedness, unwillingness and/or inability of successive governments to simply apply and enforce the law, set up the required structures, and then resource those structures to work well.

The 2006 Act (as amended) has a whole chapter on the regulation of artisanal mining and even creates specific offences regarding them. In sum:

The Minister designates an area and then grants licences with necessary conditions. Mining outside the designated area is an offence. Only Ghanaians of 18 years and above may engage in artisanal mining or provide related mining services.

II. Term & revocation: A licence has a maximum five-year term, renewable. The Minister can revoke a licence for specified reasons. Transfers of licences require the Ministerâ€™s consent.

IV. Small-scale mining committee: District Offices are to be complemented by this Committee, to effectively monitor, promote and develop mining operations in the designated area.

This Committee is composed by the District Chief Executive, the District Officer, and nominees of the District Assembly, Traditional Council, Inspectorate Division of the Minerals Commission and (most importantly) the Environmental Protection Agency.

V. Rules & regulations: Licensees are to win, mine and produce through effective and efficient methods, observe good mining practices and health and safety rules, and â€˜pay due regard to the protection of the environment.â€™ There is strict regulation on the use of explosives and mercury. The Minister also is to make rules on how minerals won through artisanal mining must be sold.

Clearly, proper regulation of artisanal mining is not rocket science. How then could we get it so right on paper but get it so wrong in practice?

That effective keeping out of indigenes has meant that a substantial part of our gold has gone to the state and foreign interest, explaining why there is no part of Ghana that looks like we have been mining gold for over a century!

And, illegal mining that has hurt and is hurting the country, has thrived because successive governments have refused, failed or neglected to regulate. We can regulate, if we want to.

And in this century, the availability of chemical science to check pollution and then monitoring technology such as GPS and drone technology should put us ahead of the game.

With political will and properly targeted resources, our existing legal blue print should be easy to implement and enforce.

I am aware that the Minerals Commission has commenced frantic efforts to apply the law to complement the fight against Galamsey, and considerable resources are being directed to setting up the structures under the legal blueprint. But we can do better.

We should codify all the rules and regulations of artisanal mining into one standalone statute. Then, set up a division of the Minerals Commission headed by a Deputy CEO dedicated to artisanal mining alone.

Then, publicise the eligibility criteria and let people compete for licences. We need to get the public participation, buy-in and ownership that are critical for the industry to survive.

The ball is in the court of the government, its new minister and the new CEO of the Minerals Commission.

They can either fix this or join the list of governments and persons who have failed in this fight.