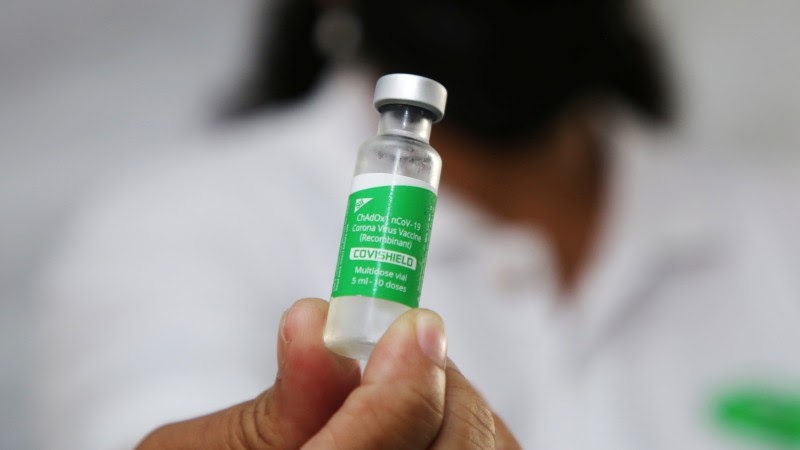 Since then, Delta has been reported in more than 100 other countries around the world. It is now the most common variant in India and Britain, accounting for more than 90 per cent of all positive cases.

About a month after the detection, Delta represented just 0.1 per cent of positive cases in the US. By early May, Delta accounted for 1.3 per cent of cases, and by early June, that figure had jumped to 9.5 per cent. Just about a week ago, the estimate had reached 20.6 per cent.

Laboratory results from PCR showed that the initial variant, called Alpha B.1.1.7 variant, was rapidly being displaced, and no longer responsible for the majority of new cases. The percentage of SARS-CoV-2-positive cases that were B.1.1.7 dropped from 70 per cent in April 2021 to 42 per cent in just six weeks, confirming the rapid spread of B.1.617.2 variants as the predominant driver for this displacement. Indeed, the Delta variant is now known to be 60 per cent more transmissible than the Alpha variant.

Apart from its transmissibility, it appears to be more lethal to people of all ages as well. It is considered a â€œsuper spreaderâ€ variant.

With just about 48 per cent of the US population fully vaccinated, 70 per cent in the UK, and less than two per cent fully vaccinated people in Africa, public health experts are alarmed (and rightly so) that the new COVID-19 Delta variant appears to be causing more varied and severe symptoms among patients, and the primary fear is that it could elicit exponential surges in positive cases, and subsequent deaths around the world.

The variant is so transmissible that recent outbreaks in Australia have been tied to situations of â€œinnocuously looseâ€ contacts. These characteristics demand extreme caution, and a possible re-evaluation of the current public health policies.

While some countries in the western hemisphere have seemingly begun to turn the page on the pandemic, COVIDâ€™s third wave has now become the headline story across Africa. The number of COVID cases have almost tripled since the end of April, when the variant was first detected in Uganda.

Scientists suspect that this unimaginable super-spread could even be higher given that many African countries have COVID-19- positive test rates near or above 15 per cent.

In areas where vaccination rates are lower, genetic analyses of virus samples suggest that Delta accounts for an estimated 83 per cent of all positive cases, and interestingly, most areas with high Delta-positive cases are also those areas with low vaccination rates. Indeed, current data available indicate that a full dose of a COVID- 19 vaccine is effective at preventing serious illness and hospitalisations from Delta infection.

What accounts for â€œScary Faceâ€ of Delta variant?

Viral (SARS-CoV-2 included) mutations are changes in the genetic code of a virus that naturally occur when an animal or person is infected. Every time a coronavirus (for the purposes of this article, SARS-CoV-2) infects an individual, the likelihood of picking up mutations increases.

Some mutations enable the virus to evade antibodies; some enhance its ability to infect a cell; others go unnoticed.

This means that even though several viral mutations may occur as a result of community spread, it is not all the mutations that affect the virusâ€™s ability to spread or cause disease.

Eventually these non-essential (passenger mutations) variants are outcompeted by variants that are more critical for the virusâ€™s survival, infection and transmission, for example, Delta variant.

The secret to Deltaâ€™s success in transmission is the accumulated mutations it has acquired in the spike protein of the virus.

These mutations in the Delta variant of the spike protein alter the interaction with the ACE2 receptor protein, which is the portal for successfully invading the cells on the surface of the lung.

Current data suggests that the spike protein mutation at location 452, confers a survival and reproductive advantage on the Delta variant, and appears to make it more transmissible within the population.

These mutations have further altered the configuration of the spike protein, consequently, some of the existing antibodies have been rendered ineffective against Delta.

Generally, if a mutation confers a fitness, survival, or reproductive advantage on a virus in a population, that mutation invariably evolves independently around the globe.

A study published in the New England Journal of Medicine demonstrated that both the Moderna and Pfizer-BioNTech mRNA vaccines will likely protect against the Delta variant, albeit, not as well as they did with previous variants. Another study has also estimated that two doses of the AstraZeneca or Pfizer vaccines will be 60 and 88 per cent effective, respectively, against symptomatic infections by Delta.

However, a single-shot of either mRNA vaccine, barely inhibited the Delta variant. The good news, however, is the announcement by Pfizer and BioNTech that they have developed an updated COVID-19 vaccine that specifically targets the Delta variant. These two companies expect to begin clinical trials in August.

Current vaccines not perfect against Delta but essential in curbing spread

The emergence of the Delta variant within a remarkably shorter period indicates clearly that Delta is more infectious and transmissible than the previous Alpha (B.1.1.7) and Beta (B.1.351) variants.

Compared to the Alpha variant, which caused more severe illness than the original SARS-CoV-2 virus, the Delta variant caused about twice as many hospitalisations than Alpha in Scotland.

The combination of high transmissibility, high severity, and a disturbing degree of escape from vaccines, makes Delta an extremely dangerous variant. Upon entry into a country, it starts spreading rapidly. This spread gets harder to contain, and the variant asserts its dominance in a matter of weeks that could change the trajectory of the global pandemic.

Current data suggests that the Delta variant has proven to be a more challenging immunisation target. While the Pfizer vaccine protected 93 per cent of vaccinated adults from hospitalisation and death, approximately 40 per cent were still vulnerable to infection in Israel. The UK government also reported that the vulnerability rate was about 12 per cent for symptomatic infections.

The effectiveness of these vaccines falls below the 50 per cent efficacy threshold set by the FDA for safe and effective COVID-19 vaccines; in which a vaccine should prevent at least half of the vaccinated people from getting COVID-19 symptoms.

We should, however, bear in mind that a vaccine alone can only slow down the progression of a contagious disease by increasing the herd immunity, and until any country reaches that point, preventive protocols such as social distancing and wearing of nose masks will continue to be the proven strategies to curb the spread of the virus.

Relaxing the public health restrictions and declaring victory prematurely could allow the Delta variant to surge. There will always be breakthrough spread of infections since the vaccines are imperfect against Delta and other possibly emerging variants. This spread could obviously be more lethal in the unvaccinated.

Remember, that the more the Delta variant spreads, especially in the unvaccinated individuals, the more they pick up mutations that allow for more efficient vaccine escape. In theory, this situation could make the current vaccines even less effective against these variants.

Africaâ€™s vaccine rollout can best be described as â€œcrawlingâ€, due to a critical shortage of doses. The continent is largely reliant on UN-backed COVAX facility, which, to be fair, aims to distribute vaccines equitably.

Sadly, the vaccine deliveries are nowhere close to matching the needs of the continent. As a result, less than two per cent of Africans are fully vaccinated, accounting for just 1.6 per cent of the global total. Furthermore, only about two doses of either Pfizer or AstraZeneca vaccine have been administered per 100 people in Africa, compared with approximately 68 doses per 100 in the developed countries.

The hoarding of vaccine stock by the West (described as â€œvaccine nationalismâ€) is certainly part of this perplexing problem. Nevertheless, there have also been indecisiveness and downright failures in the vaccine strategy of a good number of individual African countries.

In conclusion, it is absolutely essential to get vaccinated with the specified dose, even in the face of new virus variants. Vaccines are the critical tools in fighting COVID-19, and there are clear public health benefits of using the tools we currently have available. We must proceed with vaccination schedules even if the vaccines are less effective against some of the COVID-19 virus variants.

Finally, we should remember that no vaccine is 100 per cent effective, and a small percentage of the vaccinated will not be protected after vaccination.

We nevertheless need to be vaccinated, and in combination, use the other tools we currently have to avert unimaginable fatalities, while scientists and public health experts continue to improve on the existing tools.

We are all safe only if everyone is safe.

The writer is a Professor in Virology and Molecular Pathology,