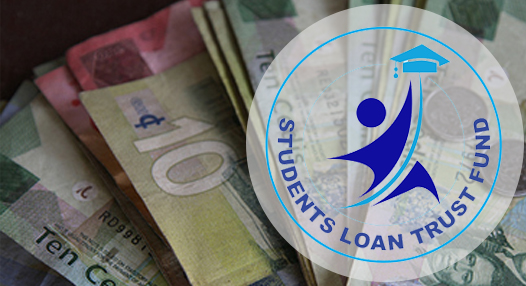 I read a cynical outcry on the front page of Ghanaâ€™s premier newspaper, Daily Graphic, which was attributed to the Chief Executive Officer of the Students Loan Trust Fund, Nana Kwaku Agyei Yeboah, that about 20,000 former beneficiaries are yet to settle their indebtedness to the Students Loan Trust Fund (SLTF) after the completion of their studies in tertiary institutions in the country.

According to the CEO, â€œthe students, who are owing GHÂ¢44 million, are part of the 55,000 borrowers due to repay their loans, but â€œ out of the number, 35,000 of them have started repaying while the rest are yet to start repayment or make any plans of repaymentâ€.

The cynical aspect of the outcry by the Students Loan Trust Fund is the efforts to recover the debt.

The CEO is reported to have said â€œto recover the debt, the Fund has embarked on an aggressive media campaign to ensure that all debtors settle their obligations to the fundâ€.

The CEO was quoted as saying â€œthe coronavirus COVID-19 pandemic has had a negative impact and has resulted in job losses and other economic hardship, thus management has decided to put on hold for this year the proposed plan to prosecute defaulting beneficiaries for the repayment of the loansâ€.

The section 24 is emphatic on repayment of the loans. â€œDeductions from salary of employee for repaymentâ€.

(1) An employer shall enquire from an employee who has had tertiary education in the country at the time of the commencement of the employment, whether the employee is a borrower from the Fund and shall notify the Board in writing within thirty days after receipt of the information.

(3) Where an employee has not fully repaid the loan, the employer shall make monthly deductions from the salary of the employee in accordance with the agreed monthly repayments between the Fund and the borrower and shall pay the deduction into the Fund within fifteen days after the deduction.

(4) Where an employer makes monthly deductions from the salary of an employee but fails to pay the deductions into the Fund within the fifteen day period, the employer is liable to pay interest on the amount deducted at the prevailing interest rate plus five percent as penaltyâ€.

The above section talks about the employer and employee and that alone disqualifies the Students Loan Trust Fund from pursuing these students or prosecute them because most of these students have not had any employment ever since they completed their various tertiary educations.

Unemployed Graduates Association of Ghana says â€œIn 2018, Mr Ignatius Baffour Awuah, Minister of Employment and Labour Relations stated that the New Patriotic Party (NPP) administration has created 1,096,404 jobs while a survey conducted by the Ghana Statistical Service (GSS) and released in 2017 unveiled an unemployment rate a little higher than 1.2 million persons representing 11.9 per cent. This revelation by the sector Minister misleadingly showed that the government reduced unemployment by 90 per cent in 2017/2018. But this is clearly not the true representation of the situation, because things continue to get tougher. The continuous increase in the unemployment numbers is so alarming that, if we do not dare to tackle it with all the seriousness it deserves, it could become a threat to our national securityâ€.

The above may be true or opposite but the fact still remains that there is a huge backlog of graduates that are waiting to be absorbed into the formal sector. This did not start from the current government but piled up from Dr. Kwame Nkrumahâ€™s era because about 275,000 graduates are churned out every year from both private and public universities.

It is just because Ghanaâ€™s educational system trains students to the formal sector and not to be entrepreneurs, and therefore piling up pressure on successive governments.

Until more graduates are employed, students from tertiary schools would continue to default in payment of the loans because they have no jobs after completion.

It is either we give them jobs moment after completion or the system churn out students with skills that do not need to be employed by the government before they can function.

I believe about 90% of the 20,000 former beneficiaries are yet to secure employment and that is why they have not made any attempts to pay.