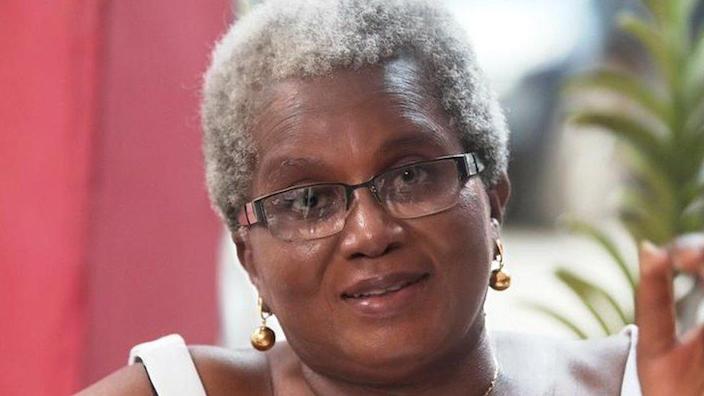 Back in the early years of independence on the continent of Africa, one heard a lot about the African Personality.

But then, of course, a close examination showed that there wasnâ€™t a straightforward, scientific definition of the term and it was used to cover a broad range of things.

Inasmuch as this was meant at the time to give some self-confidence to the African in a world where all things African had been branded uncivilised and primitive, this was a most welcome addition to the political discourse.

If it was also meant to ensure that we develop and contribute to the knowledge base of the world; it was obviously an admirable philosophy to pursue.

There were areas in which I could see us having an immediate impact and making a difference.

It certainly brought an immediate effect on the fashion world.

For years, it had been the accepted practice that if you were educated, or if you had been to school and wanted to be regarded as such, you had to dress in â€œEuropean styleâ€.

In Ghana, this meant suits and trousers and shirts for men and for women, it meant a frock, as opposed to what we now call â€œslit and kabaâ€ and was at the time, generally called â€œclothâ€.

The Gas had a derogatory name, â€œmamabuloeâ€ for those who wore cloth and it was not something anyone wore to work nor to church for that matter, if you were considered literate.

Ephraim Amu, the celebrated composer and statesman, was to have famous battles with the Presbyterian Church about whether he could wear â€œAfrican clothâ€ to mount the pulpit to preach.

In later years, it took women like Mrs Gloria Nikoi, the economist, civil servant, and one-time Foreign Affairs Commissioner, to blaze the trail and make the wearing of cloth to work and to formal functions acceptable.

The Dutch wax print and its later incarnations as GTP, Printex, ATL, which all go under the generic name of African print were not easily acceptable as fabrics that were worn to work.

The Friday Wear that we take for granted as part of normal clothing and which has been made even more acceptable because President Akufo-Addo wears them are recent additions to our wardrobe.

Thus in the early years of independence and the propagation of African Personality, one could take the view that the world should be grateful to us because we dressed differently and we were introducing to the fashion world, a riot of colours into the otherwise drab world of variations on a theme of black suits.

The Nigerians and Senegalese, especially, and the people in the countries north of us generally coped much better than us in Ghana when it came to the wearing of their traditional clothes and it is not surprising, therefore, that the â€œagbadaâ€ and the â€œTwo Pieceâ€ took hold so quickly once they became part of the acceptable â€œtraditionalâ€ wear.

Far be it from me to suggest that the wearing of our truly traditional cloth poses quite a challenge for many of our men. It takes a lot of practice and self-confidence to be able to wear 10 yards of cloth with elan.

But once we adapted the â€œtraditionalâ€ dress code to make them more practical, the move started towards a definition of what constituted authentic African dressing.

Before long, it was being argued that to be truly African, you had to literally have animal skin and spears and wear loin cloths, as though only Africans wore animal skins once upon a time, when in truth, all humans at one time or the other used animal skins as loin cloths.

This definition of what constitutes authentic African went to our foods as well and we were being urged to believe that the food was only authentic when there was a lot of pounding and grinding and the cooking process involved a lot of drudgery.

This has persisted with the reluctance to accept fufu pounding machines or the making of what may be called instant fufu by using the yam or plantain powder.

Those who call themselves the fufu connoisseurs insist it is fufu only when it is pounded, when someone uses a lot of physical energy in the preparation.

In much the same way, I have heard it said that the fresh pepper ceases to be authentic, if it is put in a blender and not ground either in the earthenware bowl or on a stone.

Once we got ourselves to this stage, it did not take long before every hair-brained theory and downright silliness was being ascribed to â€œAfrican Personalityâ€.

Politicians who would not tolerate any dissent took refuge in something called â€œAfrican traditional political valuesâ€ and we were urged to believe that these so-called traditional values did not have room for different opinions, especially within the political stage.

It went beyond politics, when we are late for appointments, or we are unable to start a programme at the advertised, scheduled time, we simply name it something called â€œAfrican timeâ€.

Instead of calling the chaos in our cities and towns by the proper name, some smart sociologists tell us our cities are full of colour and music. Our towns and cities are alive and not soulless, we sell and buy on the streets, drivers stop whenever and wherever, the noise is constant, the cities are â€œAfricanâ€.

And so we have gone on until the cities are unable to function.

One knew we were into the realms of the absurd when the term â€œAfrican Scienceâ€ came to be ascribed to all our superstitious beliefs. The problem is that science does not lend itself to interpretations other than that which can be examined and tested.

In other words, if it is science, the African cover will not protect it from rigorous examination and testing.

By all means, let us have our superstitions, if we must; let us continue to believe in witchcraft, if we must, but we have to find another name for it other than science. By putting the African cloak on it, we degrade the word, the concept and ourselves.

There is a real danger that the word, African, will become a synonym for that which is not serious.