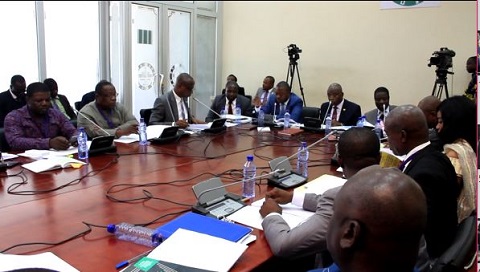 Ghanaâ€™s debt position at the end of 2020 stood at GHÂ¢292 bn (76 per cent of GDP) which at the going rate of GHS5.78 to US$, translates into US$50.52bn is quite alarming and requires the requisite attention of the citizenry.

Public sector audit conducted by the auditor general is an essential part of the process of accountability for public money and the governance of public services (ACCA,2016). ACCAâ€™s work on the public sector has highlighted that effective scrutiny or oversight by parliaments requires the provision of high-quality financial reports and accounting information as well as independent audit.

Undoubtedly, the effectiveness of the above oversight functions of Parliament depends heavily on public sector auditing provided by the Auditor General.

In Ghana, the Public Accounts Committee, considered the audit committee of parliament, is Parliamentâ€™s most important committee in oversight and scrutiny as it helps to hold the government to account for its use of public funds and resources by examining the public accounts.

It should be noted that when he was Leader of the Minority Party, the current speaker, Mr Alban Bagbin, was the chairperson of the Public Accounts Committee of Parliament from 2001 to 2004.

In order to perform its oversight functions effectively, members of Parliament require objective and fact-based information about how well the government collects and spends public funds, that will enable them to assess governance and performance issues.

However, the current relationship between Parliament and the Auditor General as defined by the 1992 Constitution, seems limited to the submission of the A-Gâ€™s report for Parliamentâ€™s debate under Articles 187(2) and 184 of the Constitution.

Moreover, the establishment of the A-G and the Audit Service as Public Officer and Public Service respectively by the 1992 Constitution means they are independent and distinct of Parliament. As a result, the collaboration has become more difficult as the Constitution does not provide for Parliament to request A-G to conduct audits into areas of suspected malfeasance, which does not augur well for effective collaboration in the preventive and pre-emptive oversight.

Furthermore, Article 187(7)(a) prevents Parliament from requesting the A-G to conduct audit and investigations into other areas of irregularities not captured in the A-Gâ€™s current mandate as it will be considered as direction or control of the A-G in the performance of his functions under the Constitution.

Consequently, the engagement between A-G and Parliament has been limited to the consideration of reports submitted by the A-G to Parliament with adverse effect on the capacity of Parliament to carry out its important Executive oversight function. This has created a gaping loophole which impacts adversely on the achievement of effective public financial accountability.

It is now normal and best practice globally for parliaments to appoint their auditor generals and board members of their Supreme Audit Institutions (SAI) as pertains in most commonwealth countries like the United Kingdom, Canada, Australia, South Africa and particularly in the United States.

Currently, long-lasting improvements are being made globally in National Audit Acts and Constitutions to enhance accountability and transparency in the management of public funds. The global trend is for the Auditor General to be associated with the legislature as an officer of Parliament and be both responsible and accountable to Parliament.

However, the constitutional arrangements governing the Office of the Auditor General in Ghana have not seen any significant improvements since the enactment of the 1969 Constitution, the relic of the 1992 Constitution and the Audit Service Act 2000, Act 584.

Constitutional Mandate of the Auditor-General

The Office of the Auditor-General is one of the key institutes for oversight, accountability, monitoring and evaluation in the Ghanaian governance process.

Generally, the 1992 Constitution and the Audit Service Act 2000, Act 584 mandate the Auditor General of Ghana, to hold the Government accountable to Parliament by reporting significant issues in the use of public resources. Article 187(2) of the Constitution requires the A-G to audit and report on public accounts of Ghana and the accounts of all public offices, and under Article 187(5) submit his or her report to Parliament within six months after the end of the immediately preceding financial year, drawing attention to any irregularities in the accounts audited and to any matter which in his opinion ought to be brought to the notice of parliament for its debate and dealing with matters arising.

Section 13(e) of the Audit Service Act also empowers the Auditor-General to ensure that programmes and activities in the public sector have been undertaken with due regard to economy, efficiency and effectiveness in relation to the resources utilised and results achieved.

Moreover, per clause 187(7)(b) of the 1992 Constitution the A-G may disallow any item of expenditure which is contrary to law and surcharge amount involved to the persons responsible for such item.

When sufficiently independent and adequately funded, the auditor generalâ€™s office could be a strong institution with the needed expertise and resources to assist Parliament and the citizenry to hold government accountable and manage the wealth of the nation. As by expressing objective opinion on whether public resources are being efficiently managed, the state auditor helps public organisations and instill confidence among citizens and stakeholders for political legitimacy.

Generally, Parliament has been criticised for failing to emerge as a credible and effective check on presidential and executive power. A lot of factors including the following have been enumerated as causing a low rating of Parliamentâ€™s oversight function:

Lack of technical support and resources â€“ parliamentâ€™s dependence on the Executive for budgetary appropriation
Substantive interests of members of parliament
Partisan attitudes of MPs to parliamentary proceedings
Appointment of majority of ministers from parliament â€“ constitutional requirement
The principle of collective responsibility
Members are not equipped with the requisite human and material resources.
Enticement of ministerial appointments by Presidents
It is being claimed that politicians must do the executive bidding or risk being marginalised even as a member of parliament. It has been established that the political will of members of parliament (MP) is the single most important determinant of oversight effectiveness.

However, in Ghanaâ€™s current political system, other conflicting demands and incentives compete with MPs interest to carry out the oversight function. This explains why the focus of the international community in strengthening the oversight capacity of Parliament for years on success has not yielded the desired results. Pelizo and Stapenhurst (2012) suggest that the single most important factor in the shaping and reshaping of the structure of incentives that parliamentarians are confronted with is represented by voter demands.

This is the second part of the article by Valentin Kwasi Mensah, PhD and Alexis Tocqueville. The first article was published in the Daily Graphic Monday, June 14, 2021.