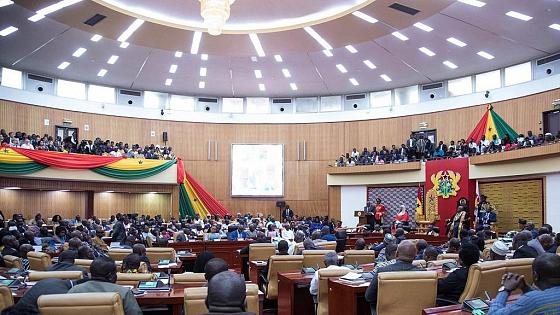 It is argued that more attention should be paid to the alignment of voter demands with incentives of parliamentarians to pave the way for oversight capacity.

Voters should be made to demand good governance by signaling their support to oversight activities, and thereby signaling to parliamentarians that they will be electorally rewarded if they take some steps to satisfy their voter demands of effectively overseeing the executive and promoting good governance.

Interestingly, the results of the 2020 parliamentary elections confirmed changing voter demands reflected in votersâ€™ sanctioning or rewarding of parliamentarians at the elections, resulting in split parliament of 137 constituencies for the two major political parties, NPP and NDC and the election of a Speaker from the party of opposition.

This outcome reflects increasing electoral accountability, albeit intermittent, in Ghana. It also demonstrates that Ghanaian voters are beginning to hold their parliamentarians accountable, at least once, every four years.

It is hoped that the new votersâ€™ demand on parliamentarians will produce enough incentive or political will for Parliament to execute its oversight function effectively and play its key role in keeping government accountable.

Late consideration and debate of Auditor-Generalâ€™s report by Parliament

The main principles used in assessing the effectiveness of a countryâ€™s public financial management, as outlined by Public Expenditure and Financial Accountability (PEFA), are the timeliness of examination of audit reports by parliament; extent of public hearings on key findings undertaken by parliament; issuance of recommended actions by parliament; and implementation by the executive, and systematic follow-up by parliament.

According to Mr Kan Dapaah, a chartered accountant and former chairperson of the Public Accounts Committee, â€œa major challenge has been the unwillingness of the House leadership to lay reports of the Committee which are perceived to be embarrassing to the government in the house for debate. The result is that some reports are kept until after the four-year term of the Parliament when, under the Standing Orders of Parliament, such reports can no longer be laidâ€.

It is noteworthy that as at end of June 2020, the Public Accounts Committee (PAC) of Parliament had just completed four-day public hearings of A-Gâ€™s reports on activities of state institutions for the year 2017/2018. It must be stressed that the late production and hearing of audit report on the financial statements within the statutory period of six months after the immediately preceding year, adversely impacts on the usefulness of the work of the Public Accounts Committee and consequently the oversight role of parliament. Besides, subsequent investigations to sanction the perpetrators of malfeasance always prove futile as most of them would have then left their positions.

The essence of the constitutional deadline of submitting A-Gâ€™s report within six months is to ensure that PAC can discuss the annual financial reports and the corresponding A-Gâ€™s reports before commencement of the discussion on the next (draft) budget. Best practice indicates that Parliamentary scrutiny of A-Gâ€™s report on the annual financial report should preferably take place within three months of submission. The late reporting of audit findings and public hearings in Parliament prevent the citizenry from holding the government and public sector entities accountable for their stewardship.

Although PAC has a wide remit, it has faced inadequate and perennial funding problem. In 2016, PAC could only conduct seven (7) public sittings to consider the A-Gâ€™s report and made a total of 13 recommendations involving retrieval of misappropriated public funds. In 2019, there were nineteen (19) sittings to consider the report of the A-Gs for 2016 financial year. The budget for oversight in 2020 was estimated at GHS31,347,144.

However, there is lot of opportunity to turn the tide in the Eighth Parliament of the Fourth Republic. Speaking at the inauguration of 8th Parliamentary Service Board of the Fourth Republic on 27 April 2021, the Speaker, Mr Bagbin, lamented â€œunsurprisingly lowâ€ Parliamentâ€™s current rating in oversight of the Executive. He attributed the current situation to the fact that â€œParliament and its Committees lack the needed support and assistance to perform their oversight functions.â€ As a result of persistent underfunding over the years caused by unilateral placement of ceiling on the budget appropriation for Parliament and the Judiciary by successive governments in the Fourth Republic. Thus, affecting their capacity to perform their oversight duties effectively and efficiently.

Citing the lack of fiscal space in 2021, the Executive Secretary to the President, in a letter to Parliament informed the House of the Executiveâ€™s decision to â€˜reduce their budget by over GHÂ¢190m and that of the Judiciary by over GHÂ¢70 millionâ€™. Interestingly, the Speaker rejected the reduction of Parliamentâ€™s budgetary allocation by the Executive in March 2021 on the basis that other â€œarms of government will also have to be strengthened to be able to perform their functions.â€ Realising the constitutional powers of Parliament, the Government bowed to the Speakerâ€™s pressure and backtracked on March 24 with the recommendation of GHÂ¢523 million in allocation for Parliament as against a request of GHÂ¢533 million.

Besides, the political culture of Ghana may significantly play against an MPâ€™s oversight role when his or her party is in power due to collective responsibility and the respect for authority.

Impact of Political Culture on Executive Oversight in Ghana
It has become increasingly common for political scientists to speculate as to the basic factors which may be common to all political systems and which, in their varying manifestations, determine the unique styles of political behaviour within each (Greg and Banks, 1965).

According to Forbes and Wield (2002), â€œCulture matters in consideration of success and failure in innovation as â€œit affects the policies that will work since practices need to accord with culture (p.154).

It has been established that political actions prevalent in countries are related to the ways in which their culture addresses fundamental issues including the relationship with authority, people and change (Inkeless and Levinson, 1969; Hofstede, 2001).

Hofstedeâ€™s (2001) seminal work on national cultural value dimensions identified five value dimensions that correspond to the ways or â€˜mental programmingâ€™ with which social systems or countries solve their problems. Hofstede went head and produced scores for countries on each of the following five dimensions:

Power Distance, related to the different solutions to the basic problem of human inequality;
Individualism versus Collectivism, related to the integration of individuals into primary groups;
Uncertainty Avoidance, related to the level of stress in a society in the face of an unknown future;
Masculinity versus Femininity, related to the division of emotional roles between women and men;
Long Term versus Short Term Orientation, related to the choice of focus for people's efforts: the future or the present and past.
This is the third part of the article by Valentin Kwasi Mensah, PhD and Alexis Tocqueville. The second article was published in the Daily Graphic on Tuesday.