Opinion: 'Lessons from Mali and my journalism class' by Kwaku Sakyi-Addo 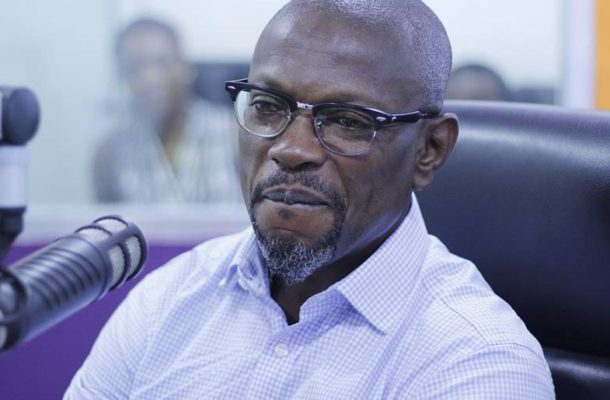 Over the past week, Ecowas and the African Union have suspended Mali following a second coup in nine months, both led by a Colonel Assimi Goita.Â

Goita, 38, was interim Vice-President in a transitional arrangement that was expected to terminate in general elections next year.

Last Friday, the World Bank suspended payments to Mali; and France, which has over 5,000 soldiers in the country to help ward off desert rebels, has halted military co-operation with the coupists.

It all began when the elected government of President Ibrahim Boubacar Keita (IBK) was overthrown in August 2020 after M5-RFP, a coalition of opposition political parties and CSOs, led a crippling uprising which culminated in the military intervention. The campaign manifested in the streets and on social media.

The burden fell on Ghanaian President Akufo-Addo as chair of Ecowas to work with regional leaders and Malian stakeholders to install a transitional administration whose planned 18-month tenure has now been cut short.

The country faces further economic sanctionsÂ  if Goita ignores the edicts of the AU and ECOWAS.Â  Further tightening of the noose would limit Goitaâ€™s political oxygen, but itâ€™ll also further worsen the Malian peopleâ€™s living conditions which, presumably, triggered the M5-RFP protests in the first place last year.

Sadly, nobody opens a new factory in a zone of instability, and old ones shut down. Entrepreneurs donâ€™t register new businesses in environments of insecurity where coups occur at the whim of colonels and mobs.Â  Africa has seen enough of those and their outcomes havenâ€™t been salutary.

If the situation doesnâ€™t head back towards normalcy, youth unemployment will deteriorate instead of improve and, overall, the people of Mali will become even poorer. Those who supported the M5-RFP protests might then look back to the pre-Goita era as â€œthe good old days,â€ and wonder if it had all been worth it.

Meanwhile, on account of global warming, the Sahara is devouring the Sahelâ€™s forlorn vegetation, driving herdsmen southward with their anaemic cattle, leading to conflicts with farmers in the Savannah and forest belts. At the same time, weapons are awash from across the dunes and whatâ€™s left of Libya.Â

This complex soup presents just the right nourishment for terrorist recruitments to further destabilize that vast country, Mali, and threaten the neighbors too. The evidence of that is in the sordid daily news bulletins dripping with blood, and the hordes of displaced people heading south.Â  Theyâ€™re the Sahelian women and children we see on our streets here in Ghana begging for alms.

On Saturday night, terrorists slaughtered 132 people in Solhan, a village in northern Burkina Faso where swathes of the country have slipped from the governmentâ€™s grasp.Â  A day earlier, over a dozen others had been killed in a village 150 km further north.

The unfolding story in our sub-region holds lessons for us in Ghana.

First, our politics, irrespective of our partisan or ideological orientations, should never be at the expense of our constitutional stability.

Second, we - citizens, CSOs, media especially - must show more interest in the affairs of our sub-region because they impact our domestic affairs. Weâ€™re not immune from the vagaries of a bad sub-regional address; and keeping oneâ€™s beard damp is the sensible thing to do when that of the neighbour is letting off sparks.

Third, Government must continue to resource our intelligence services and military, and maintain strong strategic alliances to keep us secure and safe.

And, one final thing: Journalism 101 teachesÂ  media students that they have three basic roles: to inform, educate and entertain. However, a University of Ghana communications school professor, the late Paul Ansah, told our Journalism & Society class that for developing countries there was a fourth: â€œto foster national cohesion.â€

â€œNational cohesionâ€ is the foundation upon which Any and Everything else is built.

Ansah had journalists in mind when attaching his addendum to the classical text. But as we watch events unfold in Mali, Burkina Faso, Nigeria and elsewhere in our region, this is, in fact, a role that holds true for Everyone.Â  Everyone.

Kwaku Sakyi-Addo is an executive member of the Council on Foreign Relations - Ghana (CFR-Gh), an independent international relations think tank based in Accra.