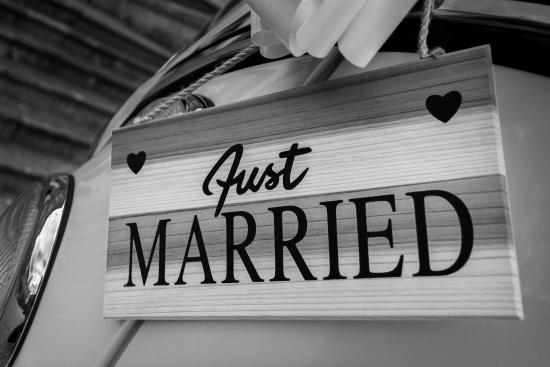 Marriage is not as simple as saying â€œI do,â€ it requires effort, time and commitment. The need for rushing into marriage before oneâ€™s educational career is completed will only lead to an inevitable downfall and heartbreak.

Although the popularity of marrying young has decreased significantly since the 1960s, it still remains to be a prominent option for the young generations. With the constant pressures of social media, family, friends and society, finding a significant other might seem like the most important thing for young people to accomplish.

In 2017, half of Americans ages 18 and older were married. Marriage can sound appealing for those who find their significant other at an early era of their life, however, studies have shown that the earlier one marries, the more likely for divorce.

Young people are looking for their â€œsoul mateâ€ or for a glorified version of what marriage might be, but many fail to realize that marriage is a complicated journey and commitment made to symbolize forever. It is not a game or a financial stability guarantee. Marriage is a genuine act of love that deserves respect.

Finding stability through marriage, such as getting married in the military, has become a popular endeavor within the young generation. Marrying into the military comes with housing and employment on account of the government.

Unfortunately, for those who succumb to these shallow commitments, securing that stability is not enough of a reason to rush into the process of marriage. In 2017, about 51.7% of all active-duty troops were married, but workers of all ranks were most likely to be divorced by age 30.

The lack of life experience and trying to make mature decisions might lead to conflict and a realization that marriage might have not been the best option for a stable future.

With little life experience, the future can be uncertain. College, distance and jobs can be some factors that might strain relationships. Waiting to consider marriage until the late twenties or early thirties allows time for a person to gain the independent stability and sufficient emotional maturity needed to be in a long-term committed relationship.

Being a young adult is a time to explore experiences that might never arise again. It can be shared with a significant other, but it should not be plagued by the pressure of marriage, mortgage and children.

New job promotions, moving, college and other hardships might be necessary in order to realize what you want out of life. Marriage can put your life on hold, or only make things more complicated. Adding in a child might even make it harder.

Students should avoid the possibility of marrying young. The option of marriage will still be there in a few years. The concept of rushing such a significant component of adulthood needs to stop for the betterment of everyone involved.

College students fall within the prime age of young adult that settle down too fast. They should worry about getting their degree, not the size of a ring.