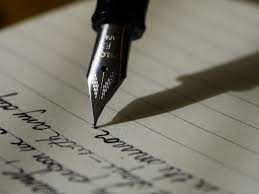 The Dutch investigative journalist, Peter de Fries, died on July 15, 2021, nine days after being shot in Amsterdam for his writings.

According to their lawyers, both were jailed on trumped-up sexual offences, for their writings.

In her article in the Daily Graphic on June 15, 2021 titled â€œ534 kids deadâ€¦.and their blood was red,â€ the pediatrician Dr Adoma Dwomo-Fokuo Odame lamented the loss of 534 children in Ghana in May 2021.

While a response said â€œthis article moved me to tears,â€ a reaction read â€œcomplaints, complaints, complaints! What will governments do that will satisfy Ghanaians? As a pediatrician trained by taxpayerâ€™s money, what has been your contribution to health care apart from complaining?.......Gosh, let us be satisfied with the little we have. Rome was not built in a day!â€ (Verbatim)

Attacking the pediatrician reminded me of an incident in the late-1970s.

While waiting at the Cape Coast University-Gate for public transport to Accra, Winnieâ€™s professor fortuitously appeared, also heading for Accra.

Unimpressed with her, Prof. said: â€œWinnie, if you had to sing for a living, you would starve!â€

From the experience of Ghanaian authors or writers, I have adapted Prof.â€™s saying to, â€œif you had to write for a living, you would starve.â€

While the expression â€œGhanaians donâ€™t readâ€ has unfortunately become accepted, where Ghanaians read, they do so not primarily to enjoy the educative/informative/entertainment value of books/articles, but to fault-find. Otherwise, what did the pediatrician write (stating facts/figures) as a professional which was so offensive that it rocketed the reader to space?

â€œI am a pediatrician. I speak for childrenâ€¦during the four weeks that you have been debating which government has done more for health care, the young ones have fallen. In May 2021, we lost 534 children under the age of five yearsâ€¦â€¦imagine Parliament with 534 MPs dead in one month.â€

The accuser only saw the pediatricianâ€™s submission from his perspective. Once it did not fit his mould, it constituted an affront.

Following the publication of his book, The Satanic Verses, in 1988, Indian-born British-American author Salman Rushdie was accused of blasphemy.

A death sentence was pronounced on him by Ayatolla Khomeini of Iran in 1989.

In October 2017, Maltese blogger/investigative journalist Daphne Galizia was blown-up by a car-bomb for her corruption-investigations in Malta.

Like Shylock, those who feel threatened by writings often fight back furiously relishing the opportunity to take their pound-of-flesh, to the point of killing! Writing can, therefore, be dangerous not only for professional journalists like Grandma Elizabeth Ohene/Ajoa Yeboah-Afari/Nana Gyan Apenteng/Enimil Ashon, but also for amateur hobbyists like me.

James, John and I were in the same syndicate/tutorial-group for a term on a course in the 1980s.

An avid reader, John bought the equivalent of our Daily Graphic every morning. After reading it, he would assail our ears with condemnation of features or opinion articles.

Fed up with this daily ritual, an angry six-footer James told John one morning, â€œLook! if you think you know it all and writing is easy, just publish in the newspapers like those you criticise do, and stop your constant fault-finding, without ever suggesting alternatives!â€

In our culture which claims to protect/respect females, I found the manâ€™s discourteous/pretentious attack on the lady pediatrician unfortunate.

All she did wrong was to have written the truth he did not like! Unfortunately, this is what writers sometimes suffer! However, there are many well-wishing readers.

While writers express opinions candidly, some readers impute unintended motives, for which a death sentence could be imposed as in Rushdieâ€™s case, or outright murder like the Galizia and de Friesâ€™ cases.

On July 29, 2019, an independent-inquiry in Malta into the murder of Galizia stated â€œthe Maltese state has to bear responsibility for her assassination because of the culture of impunity emanating from the highest levels of government.â€

While Ghanaâ€™s 1992 Constitution allows freedom-of-speech, it does not mention freedom to insult/incite to kill fellow Ghanaians for disagreeing with an opinion.

So, while writing may not offer any economic gains, it could also be a dangerous enterprise. However, for the principled/objective writer, it is a risk worth taking for national development.

Whatever people may have against writing the truth, every society needs writers like pediatrician Dr Adoma Dwomo-Fokuo Odame, who must be protected by the State, as stated by the Maltese independent-inquiry.

Perhaps, the critics can learn from Jamesâ€™ advice to John!