Recalling sad events of May 9 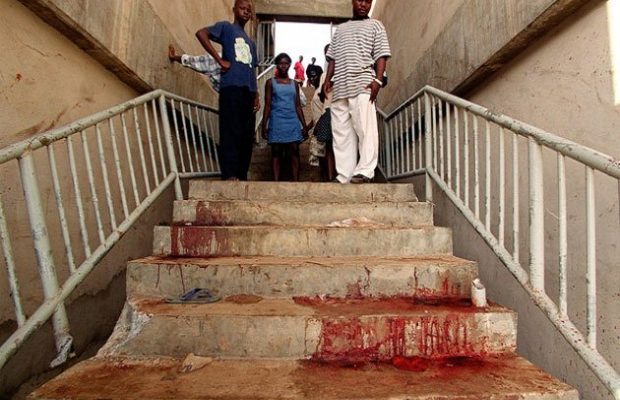 I was torn between discussing the May 9 tragedy and the Supreme Court ruling on the unsuitability of the current Voters’ Register due to the existence of unqualified persons on the electoral roll. I opted for the former because today marks the 15th anniversary of what became the worst stadium disaster to have ever taken place in Africa. What a tragedy that was!

The day remains one of the darkest in the history of Ghana football and on the conscience of both witnesses of the sad event and those who lost their dear ones. For many of my compatriots, it was a black Wednesday. For some, it was the bloodiest and deadliest day for Ghana football. For others too, it was the day the continent recorded its worst sporting disaster. But it means more than that to some of us.

As I wrote in a piece two years ago, May 9 is a date that has been etched in my memory. Unlike many of my compatriots who commemorate the day, go to sleep until the following year, I rarely forget about that day. Anytime I close my eyes I see lifeless bodies staring at me begging for a breath of life. In my somber moments, I imagine how easily I could have been one of the victims of the disaster.

The sad spectacle is as vivid today as it was fifteen years ago.  I woke up that fateful day hale and hearty. I was then preparing for an examination the following day so I had no plans of going to the Accra Sports Stadium to watch the midweek match between the two great soccer rivals in the country, Accra Hearts of Oak and Kumasi Asante Kotoko.

But all that changed when three childhood friends of mine thronged the campus in a car with the intention of making me join them to the stadium. They convinced me that I would still have some time to study for the examination when I returned from the stadium. Unable to resist the temptation, I threw my books somewhere and joined them.

Characteristic of match days between Hearts and Kotoko, there was heavy traffic in town. We meandered our way through the heavy traffic and were soon at the stadium. As usual, the scene at the stadium was a spectacle to behold. The atmosphere was charged. A sea of fans in hot red took one side of the stadium while bright rainbow colours decorated the other. The game started and everything was as expected of a tension match between such great rivals. The match went on recess, resumed few minutes later and looked like it was destined for a 1-1 drawn game. But within a twinkle of an eye, Ishmael Addo beat the offside trap and slotted the ball into the net for Hearts’ second goal in the dying minutes of the game.

As a Kotoko fan, it was as if my chest had been stung with a knife. The pain of losing to our football rivals was simply unbearable. But I never expected my fellow Kotoko fans to throw all manner of missiles onto the field. The referee might have made a mistake, but it was very wrong on their part to engage in that rowdy behaviour.

Soon the referee whistled for the end of the match. The fans continued throwing the missiles and the police retaliated by throwing tear gas into the stands. Hell broke loose and everyone ran for dear life. The mayhem gave me an insight into the chaos that awaited us on the Day of Reckoning with our Creator.

Frankly, I do not know what saved me. But I’m tempted to believe it was my phobia for pandemonium that did the trick. As most people rushed towards the narrow exits, I decided to run in the opposite direction.  Some blokes followed suit and we were saved by the grace of the Bearded Old Man above.

When the dust finally settled minutes later, we found to our horror that our football carnival had turned into a deadly and bloody exhibition. Both the dead and unconscious were mixed and bundled together in car trunks and ambulances, and rushed to the hospital. Fear and hopelessness were written in the eyes of innocent persons, who could feel life being squeezed out of them.

I soon became worried as I saw no sign of my friends. I combed the whole area but to no avail. My apprehension increased when I later heard the death toll was in the hundreds. It was not until later that I found the lifeless bodies of my childhood friends at the 37-Military Hospital. What a sad end to life!

I have since not visited any stadium to watch a football match. I just cannot shake it off my head that some stupid fans and over-zealous police personnel could make me lose my precious life. Others have broken that psychological barrier, but I simply can’t.

“Never again” is usually the phrase used to urged people not to allow themselves to be lured into committing acts that could lead to disastrous consequences such as the May 9 disaster. But the main question is whether we’ve indeed learnt any lesson from the catastrophic event 15 years ago. I doubt if we have.

Since the calamitous event 15 years ago, the country has witnessed many rowdy acts by spectators. About two years ago, a referee was beaten to death by aggrieved fans.  Fans of Accra Hearts of Oak were not too long ago engaged in rowdy behaviour. These examples and more make me doubt if we’ve learnt any lessons from the May 9 disaster. We say “never again”, but our actions say “more disasters”.

I cannot end this piece without praying for the 127 souls to have peace with their Maker. But the best tribute we can all give them is to eschew violence and try to exercise restraint even under very provocative circumstances. Otherwise, the yearly commemoration is of no significance.

See you next week for another konkonsa, Deo volente!