Resignation of Mayor of Kumasi – The Power of Traditional Authorities 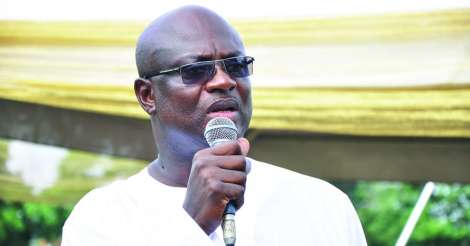 The sudden but justifiably predicted resignation of Kojo Bonsu from the high office of the Mayor of Kumasi for disrespecting the spiritual heads and custodians of the cultural heritage and traditions of the Ashanti Kingdom, (Nananom) and the particularly ‘treasonable’ act of disobedience to the high court of the occupant of the Golden Stool, Otumfuo Osei Tutu II, should be a precedential stark warning to all maverick political charlatans who, soon after appointment to high political positions in our society, easily forget that even under our adopted western democratic system of political governance, power still remains with the people at the grass roots, who in most instances are represented traditionally (or ceremonially) by their traditional leaders.

Such political mavericks soon strip themselves of their hitherto virtues of humility, modesty and respect; replacing them with conspicuous display of power, opulence, arrogance, disrespect and corruption.

They start dancing to the tune ‘Yentie Obiaa’ and respond with ‘Ede Bii Keke’ when caution is thrown to them.

The position taken by the Nananom in the Ashanti region reinforces the proverbial Akan saying which translates literary to ‘before the moustache, there was eyebrows’ (Abodwesebetooanintonwin).

It was not for any better reason that the British adopted ‘Indirect Rule’ through Kings, Chiefs and Traditional Heads in most of the colonies they controlled in the 19th and 20th centuries, including Ghana and Nigeria.

The legitimacy of Traditional Authority within the framework of the superstructure for the effective governance of these colonies were highly appreciated and respected by the colonial masters before the introduction and adoption of parliamentary democracy.

At the core of that traditional authority was, and is still, the respect and reverence given not only to our Kings and chiefs, but also to our elders and seniors in society.

Various political regimes, past and present, military and civilian, have in many ways tried to dilute the political relevance and significance of our Kings and Chiefs in the body politics of our country without much success.

Our fourth republican constitution for example has sought to erode the role of traditional rulers in active politics in Ghana by admonishing Chiefs not to dabble in politics, but pragmatism, reality and evidence on the ground point to the inefficacy of that constitutional provision.  Indeed, party politics cannot erode the high esteem Ghanaians hold our chiefs, and any political appointee who deliberately courts their wrath and displeasure, through acts of indiscipline, disrespect and disobedience, does so at their own peril in the long run.

By their principled stance against Kojo Bonsu, one of their own, the Nananom of Asanteman have amply demonstrated that they can live up to the high cultural, ethical and moral standards demanded by our rich and enduring traditional values without fear or favour.  It is a good demonstration of grassroots democracy and the capacity of our traditional rulers to exercise some form of traditional oversight responsibility on the functions of the democratic arms of government – the Executive, the Legislature and the Judiciary.  This should be welcomed as a positive development in our political dispensation

Kojo Bonsu’s resignation, regrettable as it may seem, is a rather self-inflicted fatal wound, which I hope other political appointees will learn from in serving the people they have been appointed to ‘serve’with all humility, decency and modesty.