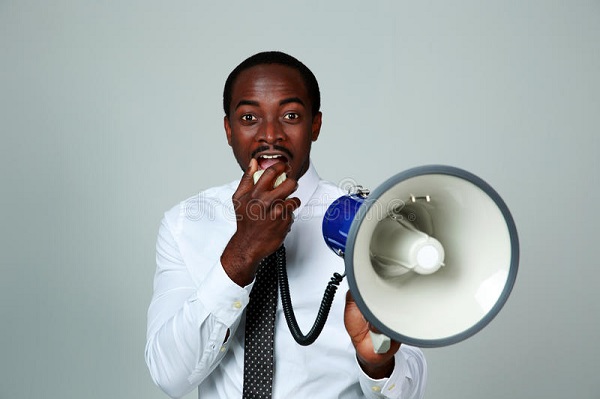 8pm at home. It was a Sunday. The house was very quiet. My wife and the kids were away in Accra. I had just finished an assignment and was trying to clean up before they arrive.

The President was to speak in some few minutes on the economy. He was to tell the public measures government had put in place to ease the burden on the average Ghanaian, as well as business owners. The presence of the American Dollar had forced the local currency, the Cedi, to lose financial erection.

Cedi’s woes troubled almost everyone. People started comparing their salaries to the Dollar. For those who were brave enough to do that, the outcome caused them severe headache. The Akans say the man who scavenges the eyes of a dead man is likely to encounter a ghost and that was how those who went looking for Dollar trouble with their Cedis got peppered.

It was on the back of such issues that Ghanaians wanted the President to speak to the public. He was not just expected to show up but also to table measures they believe will be germane to rescuing the economy. No long talk. No ‘ifs’ and ‘buts;’ just tell them something they could hold on to, especially a message that could arouse the local currency to gain some “hardness”. Without the alarm evening going off, the President’s voice boomed from the speaker stashed in the corner of the Liberia. “Fellow Ghanaians, good evening” he said.

He recounted similar speeches in the Covid era and the then existing challenges. He talked about the fear and uncertainty around the virus, and how his government was able to navigate the public through it with fewer mortality rates. Though unfortunate.

President Nana Addo then narrowed his speech to the economy, and said: “We are in a crisis, I do not exaggerate when I say so.” He said the gains made by the economy had been eaten by the ongoing Ukraine and Russia war. He asked the public to trust he can pull the trapped economy out of the doldrums. Like everyone else, I was waiting for the speech to touch on the Cedi. Just when he touched on the currency, my phone rang. I looked at the number calling, it was my wife who wanted me to come and get the gate. I put the phone on silent. The phone rang again but just when I was about getting it, I heard “Fellow Ghanaians” and then, “as the French would say, ‘’l’argent n’aime pas le bruit, to wit, money does not like noise, sika mmpɛ dede.”

The president said money does not thrive well in chaotic spaces. He therefore appealed to the public to, not exactly his words, pamper the money like a parent pampers a crying a baby. Or even be more romantic towards the currency like a man treats a woman on a first date.

An account on Twitter said, now ‘’Ghanaians will understand why banks do not encourage phone calls in their premises, because sika mmpɛ dede.” another user on twitter said, “The whole country is about to be silent because the President said sika mmpɛ dede.” She added, “if you call me and I don’t talk…here’s my reason.”

Another account on twitter read, “Imagine say somebody dey owe you, you call am dey request for the money then he says sika mmpɛ dede ”

On Facebook, a specific thread asked Ghanaians to show the Cedi Tender, Love and Care, including the formation of the ‘’Ghana Cedi Akrokro Promotion Association (GH-CAPA)’’.

Perhaps, the one that really caught my attention was a TikTok video posted on Twitter by Yasmeen Helwani, singer-songwriter. Her videos often portray the character of a Ga woman and how she behaves within a specific environment and the occasion. In a video titled ‘sika mmpɛ dede’, Yasmeen played herself as a character in a dialogue between two friends, sister Lydia and Akweley.

The conversation took place in Ga and English. Akweley had gone to visit sister Lydia at home. Lydia who was in the room could hear Akweley, with pink hair extension, screaming from the outside, “agoo-agoo … is sister Lydia there” Sister Lydia, who had a headgear on with pink painted lips, shushed Akweley and asked her to stop shouting.

Akweley then asked Lydia if she had a visitor or what was happening. She answered in the negative but told Akweley she had some monies at home and her continues ‘shouting’ may “disturb” its strength.
But at what level of noise could drive the Cedi into a state of apocalypse?