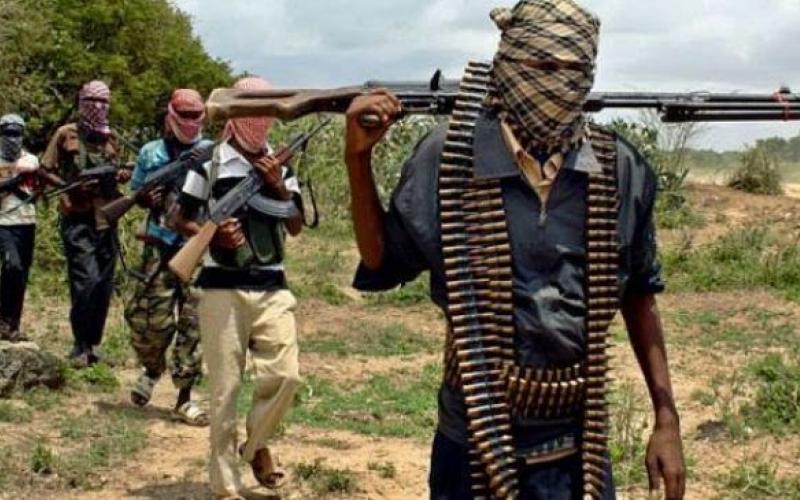 The rapid collapse of the Afghan state and the undignified and hasty retreat of old allies who had provided security force assistance (SFA) over two decades raises critical questions over the operational effectiveness or otherwise of such support.

Furthermore, the spectre of a possible base and export of extremist ideology and violence to regions like West Africa and the Sahel is a major cause for concern.

Over the past decade or so, West Africa and its Sahel regions have been under persistent attack from extremists and terror groups.

Violence engulfs an area stretching from northern Mali, through Burkina Faso to Niger and northeastern Nigeria; destroying communities and the livelihoods of ordinary people and threatening the survival of these states.

Life has become uncertain across large swathes of these regions. The tri-states of Burkina Faso, Mali and Niger alone are confronted with one of the worldâ€™s fastest-spreading humanitarian crises. As of June 2021, it was estimated that violent incidents have forced probably more than 2.7 million people to seek refugee away from their homes.

Over 13.4 million are in critical need of humanitarian assistance.

But the crises are not only limited to the Sahel states: there is an undisputable and disturbing spread and shift towards the coastal states.

So far, in Benin, its Pendjari National Park in the north was attacked in May 2019; in June 2020, La Cote dâ€™Ivoire experienced an attack on a border post, whiles Cameroon has experienced attacks from Boko Haram and these countries have experienced different forms of violence leading to kidnappings, deaths and destruction of properties.

The extent of and uncertainty about how fast the spread of such violence will be to other coastal states is anyoneâ€™s guess.

However, based on extensive field-based research in West Africa and the Sahel since 2019 focusing on the relationship between security force assistance and the varied outcomes in the light of expanding extremist threats, we argue that such assistance have not always been successful such as in Mali.

Furthermore, it is becoming evident that particularly extremist groups based in Mali are also beginning to target coastal countries, such as, CÃ´te d'Ivoire, Ghana, Togo and Benin.

With the success of the Taliban in Afghanistan, we expect that attacks and extension of influence in these coastal states will take place in 2021.

Ghana, during this period of rapid spread of extremist violence has so far been a bulwark against the spreading of extremism to the coastal states.

There are several reasons why it has managed to check the expansion of extremist violence.

First, Ghanaâ€™s tri-service armed forces made up of the navy, army and the air force has proven capable.

Though small, it is well-trained, experienced in international peacekeeping operations, and equally importantly the nature and types of security force assistance that the country has received over the sixty years.

Such assistance has contributed over time to building a capable armed force that brings both its domestic and international experiences to bear on protecting its borders, building regional alliances through joint exercises and keeping the peace internally.

Although these three qualities may be found in other West African and Sahel countries, Ghanaâ€™s history and experiences are unique in terms of the integration of its population, a robust civil society, intelligence services located within communities and an increasing sense of Ghanaian exceptionalism have contributed to its current role as a bulwark country and an island of stability in an otherwise turbulent region.

Second, the Ghanaian society is compact and has the ability to cohere around shared values. Though having diverse ethnic groups, Ghana is a well-integrated country ethnically, religiously and in terms of shared national resources.

This makes for building strong coherent and resilient communities that share a desire to continue to strengthen a diversified, but unified country.

A common slogan is unity in diversity; an apt description of the rainbow nature of its ethnic and religious diversities.

Peacekeeping lessons have been learnt over time since Ghana first ventured into its first peacekeeping adventure in the 1960s in the newly independent Congo.
Subsequent to that, irrespective of the government in power, Ghana has always heeded the call either of the UN, the African Union or the Economic Community of West African States (ECOWAS) to make troops available for international peacekeeping engagements.

All these positive engagements and experiential spin-offs have been made possible both by Ghanaâ€™s investments in its uniformed troops, but also by the very significant contributions by partner nations including the USA, U.K., France, Germany, Norway and Canada, which have occasionally generated heated societal debates about the efficacy of such assistance.

Especially with respect to the U.K., Ghanaâ€™s former colonial ruler, the establishment of a Defence Cooperation between the two countries has led to long standing training exchanges between the Royal Navy and Ghana Navy.

Furthermore, under the terms of this cooperation agreement, senior level military education is provided with cooperation across a number of different military spheres, which testifies to the strong, enduring relationship that exists between the two militaries.

Ghanaâ€™s military agreement with the U.S. has enhanced security co-operation between the two countries, by addressing shared security challenges in the region, including those relating to the protection of Government personnel and facilities.

Through multiple security force assistance provisions, Ghana obtains training, logistics, exchange of staff and intelligence that have all contributed to improving the domestic capacities of its armed forces and other ancillary security organisations to provide a credible force against any attempted expansion southwards.

The end result is a country in an unstable region, buffeted on all sides by an increasingly encroaching extremist violence, but so far has withstood any efforts at infiltration and violence.

But the most critical lesson about these seeming successes of such external security force assistance to Ghana are predicated on the points raised above; namely that there is so much external assistance can do: the defining point of turning assistance into success hinges on domestic security and political ethos of fighting to build resilient, strong and coherent societies with shared values. If anything at all, to improve societal buy-in, such SFA initiatives must be more transparent to improve societal buy-in.

What happens in the next months will be critical; namely the need to strengthen the processes that enhances such domestic and multilateral engagements to ensure that Ghanaâ€™s small positive story in an otherwise constant maelstrom of turbulent negative stories of violence, death and destruction continues to remain a bulwark against expanding violent extremism.

The writers are with the KAIPTC, Accra & Universidade do Vale do Rio dos Sinos (UNISINOS), Brazil