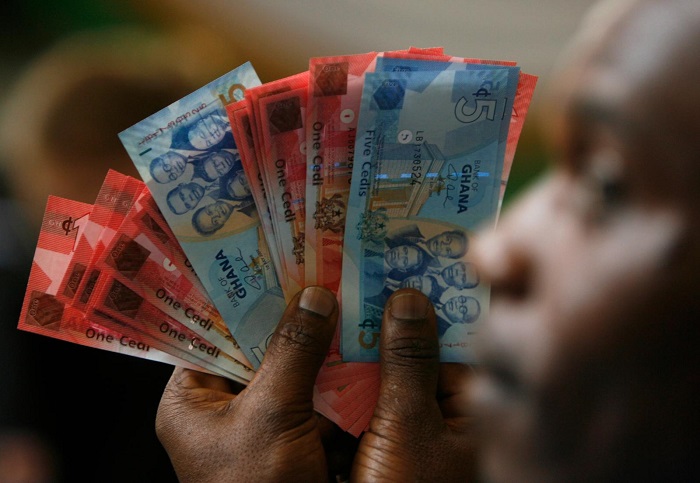 Oh la la, Fellow Ogyakromians, whereas a comprehensive development tax regimen is fully endorsed, the proposed E-levy as construed at whatever percentage, is arguably verily illicit.

It is inherently illegal regardless of the best intended usage and ought to be void or invalid as a matter of legal principle which is being inverted, even if passed by the entire NPP/ NDC fist-fighting split Parliament!

Like frenzied kleptomania, the E- levy is a desperate act of compulsive stealing after the Ghana President, H.E Akufo- Addo, looked askance at the hungry people of Ghana and saw them literally sitting on close to 7bn ghc that could be so easily poached annually from their exposed e-pockets, as a chokehold, instead of from competent natural resource management etc. To wit " y3 te sika so nso ekom de y3n". When did pick-pocketing cease to be a crime and become a noveau African Leadership e-tax trend for economic manipulation, sorry emancipation?

The fact that the repressive government of Uganda has done it at 0.5 % as well as attempted to shut down social media with high-level e-taxes with varied repercussion and Cote D'Ivoire at 0.5% after coup ravages among a few others such as Kenya with its turbulent politics, does not make it legitimate for adoption by a Ghana indeed in need; And, supposed to be leading a  democratic pace-setting agenda. If a desperate hypocritical Ghana, must copy-cat illicit tax, why is it not adopting the lessons learned 0.5 % E-Levy that other African governments have had to settle at; Not that it is convincing as a panacea after public outcry?

No one is saying development funds are not needed or that the tax net should not be wholly inclusive of the informal sector, HOWEVER, in the case of Ghana, is it not Abuse of Power and a Betrayal of Trust when the government that made promises not to borrow, then embarks on incessant borrowing into a stupor, hits an economic brick wall and then simply opts to pass an enabling legislation to dip its fingers into peoples e-wallets and bank accounts under the guise of domestic development financing while holding citizens to ransom?  As echoed by Vice President Bawumia, "the funds are here"!  Surely, a fair chunk of the funds here, reside in corruption enclaves & await committed retrieval & stoppage.

Where is the legitimacy in this piece of Ghana beyond aid criminal economics, also known as kronfonomics? Was the government unaware of foreign exchange conservation when it went recklessly a-borrowing and now shamelessly pleading for debt forgiveness 20 yrs post HIPC debt cancellation?

The E- levy issue is one of legality, not patriotism. It is obligatory for governments to tax online income of E-businesses and negotiate or prosecute non-payment of tax as well as use digital platforms to facilitate legitimate tax payments, but blanket self-help into peoples private accounts due a CASHLESS government's need for a survival gulp is unconscionable.

Dear provoked Reader, The E -levy is a dubious fixed penalty on your money as a default income tax for your audacity to do a digital transfer of gifts or family remittances and payment of goods and services whereas service providers collect service fees on e-transactions. It is also different from a DST _ digital services tax which essentially is a tax on the gross income of mainly Technology and other Businesses for Commercial Usage of digital platforms to SELL goods and services for profit. DST is a merchants tax, thus 10% is not phenomenal.

The team led by Veep Bawumia who has also categorically stated that: "mobile money transactions should not be taxed because it affects the Very  Poor", have nonetheless taken a violative peep into e- transfers and construed an opportunistic E- levy plot, to extract money from the very poor and hungry peoples momo-wallets, to render them not just hungry and very poor but famished and destitute? while rewarding the chosen institutional "aiding and abetting" digital collector with 240m ghc?

The E_levy is not creative or innovative, it is merely an easy- pickings, cyclical punitive tax,  notwithstanding the initial 100ghc exemption which pales when compared to millions of dollars lost to corruption yearly, including tax exemptions granted colluding businesses for kickbacks.

Just how has the mighty Guru Finance Minister Ken Ofori - Attah fallen as to create an automatic tricky leak in the Peoples e-wallet transfers?

Indeed the H.E. Akufo Addo government has done well to promote digitization. Was there a hidden agenda to leverage it as an illicit tax weapon? The argument out there, that one does not have to do e- fund transfers begs the issue and is defeatist. 1. E-transactions that have been avidly promoted by the same government are becoming an indispensable norm.   2. It is the very heavy volume of e-transactions that the government is relying on to raise its target amount including unavoidable digital payments proposed for some governmental services.

Perhaps, instead of poking our noses with a hideous spectre of IMF, if the e- levy fails to be passed as though access to private e-wallets were an oppressive violative governmental entitlement, the haughty H.E.  Akufo- Addo government, should do contrite 'lalasulala', ie. beg the cash- strapped people of Ghana to make a one-year voluntary contribution just like in the case of the national cathedral which has government heels dug in unflinching mud!

EXCEPT, where is the credibility that will accompany a goodwill solicitation of 7bn ghc while government puts on a strategic thinking cap, tighten its own profligate belt, review its unsustainable populist freebie policies and come up with a comprehensive legitimate tax proposal that can have wide public support?

Oops,  President Akufo Addo has promised: "withdrawing taxes, one after the other" thus driving tax policy into a self-inflicted ditch. Does it make economic sense for road tolls to be withdrawn instead of plugging inefficient and corrupt loopholes for example?

The Problem with the puffed-up H.E.  Akufo-Addo government is lack of CREDIBILITY and high flying Wastefulness. Public  Trust has been significantly eroded if not lost.

When you say you will protect the public purse, but you live a luxurious life in the skies with eye-popping bills, while your Presidential jet does charity circuits because you plan on purchasing a new fancy one; When you appoint myriad unnecessary Ministers with accompanying bells and whistles and run a huge disproportionate bureaucracy, while travelling around a very earthy Ghana with Huge flashy insensitive convoys; And, When you run a tight-knit clannish inner circle permissive of scandalous deals which reign unchecked or condoned, while Huge sums continue to get  lost to corruption, after you fire the Peoples beloved  Auditor- General, and your Special Prosecutor resigns pointing fingers at you, for a serpentine corruption reign, how can you generate"E-Trust" with E-Levy?