The obesity of a lean public purse

By By: Kofi B. Kukubor
Category: Features 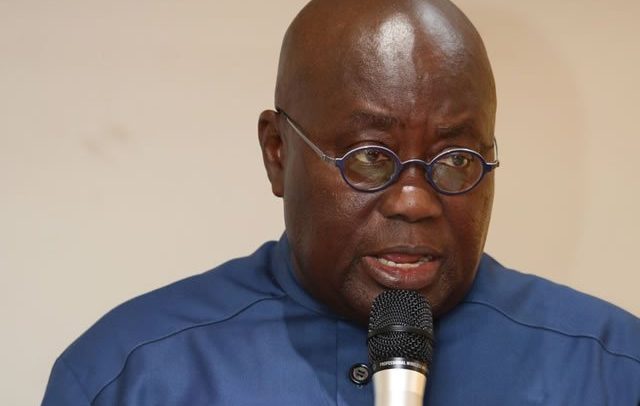 If You are a Bachelor, Don’t laugh at your Neighbour’s fat wife

“…instead of a lean government, we have lean kenkey at a higher price, these are the issues which the….government and its activists should be tackling instead of seeking to divert attention with threats, intimidation, assaults, car-snatching, seizure of lorry parks and toilet grabbing”. Nana Addo Dankwa Akufo-Addo, May 2009.

The above statement from Nana Akuffo Addo was made after John Atta Mills, the then President, was accused of appointing a bloated government of 74 Ministers in 2009.

On March 15, 2015. Daily Guide, Communication Director of NPP, Nana Akomea, accused John Mahama of illogical appointments after his total ministerial appointment was 85 Ministers.
He categorically stated,“….it is intriguing that a social democratic party like the National Democratic Congress(NDC) has abandoned its ‘lean government’ promise in the wake of the socio-economic crisis in the country………..what Ghana needs is institutional reforms and not illogical ministerial appointments.”

The New Patriotic Party, NPP led by Nana Akuffo Addo, in opposition, ridiculed NDC government under Mills and Mahama on the size of their government. They vehemently argued that, the ‘bloated’ NDC government was a waste of Ghana’s public purse.

So on January 7, 2017, as contained in his inaugural address, President Akuffo Addo vowed to protect the public purse during his administration.According to him, public service is not an avenue for politicians to milk the state adding that he will ensure value for money.

Moreover, few weeks after President Nana Akufo-Addo touted the prospects of the country’s economy that the National Democratic Congress(NDC) had left for the current government to manage, the President has made a sharp U-turn on his State of the Nation’s Address saying Ghana’s “economy is in bad shape.”

Where is the lean Cow?

Ghanaians believed the President, hoping that for the first time in the political history of Ghana, Ghanaians shall experience a very “leaned” government like that of a Somalian cow. Some experts even touted the ability of Nana Akuffo Addo in the possibility of creating less than 23 Ministries to efficiently run Ghana’s economy. After all, Ghana’s public purse is in bad shape and must be protected.
The first full list of ministers of the NPP government defied all projections of governance and political experts.

Eventually, Ghana our beloved country through a political In Vitro fertilization is pregnant with 110 (one hundred and ten) political cocktails of ministers. When you add one Special Assistant each plus 50 spokespersons, the real size of NPP government will be 270 appointees. This is beyond a bloated government: it is an obesity of a government.

Even the political neutrals are dumbfounded and confounded with this In Vitro pregnancy of a government. However, the chief linguist, Hamid Mustapha, assured us that they never promised a lean government. The question is, did they also promise Ghanaians an obese (Obolo) government? Does it not hold to reason that if you continue to ridicule your neighbour for marrying an obese woman, it is naturally obligated and expected of you to introduce your lean wife to your neighbours?

Mustapha Hamid further stated in his press conference held on March 15, 2017, that, the economy is so bad that the only way Ghana can be run efficiently is to impregnate government with 110 ducklings that will waddle and ‘duckle’ with Ghana’s public purse ‘perficiently’.

The point is, a Lean Government refers to “the application of lean production or principles and methods to both identify and then implement the most efficient, value added way to provide government services.”

So, where on earth can you equate obesity to efficiency apart from more ‘efficient’ hands being dipped into the public purse?

The NPP, led by Nana Akuffo Addo, during his campaign told Ghanaians that one district one dam, one district one factory, will be private sector led. In other words, the NPP has lined up private investors that will move into the districts to begin the industrial revolution of Ghana. This posture was defended by the Minister of Finance, Ken Ofori Atta, during his vetting by the Appointment Committee where he reiterated that these initiatives shall not be funded by government money.

However, after an alarm was raised concerning the GHC1.56 billion budget allocation for 2017 to the Presidency, the largest in the history of Ghana, the song to the funding of these projects changed. I heard Kwaku Kwarteng protesting that a billion of this money is meant for these initiatives. So, where are the private investors that will carry the machines to go and dig the dams for the farmers to fetch to water their crops? Or the Agotime-Kpetoe Kete(Kente) investors that are ready to invest in Kpetoe? Have they been ferried away by Korle Lagoon flood? Or the GHC1.00 billion shall be used for conferencing and trekking to the offices of the private sector businesses by the presidential initiatives ministers?

In addition to this, the 7.5% Common Fund allocation meant for the development of Local Assemblies has been reduced to 5%. The difference is the amount forwarded to the Presidency to confuse Ghanaians that the government has raised additional money to support the District Assembly Common Fund which is already legally theirs.

This strategy is an epitome of a Kwaku Ananse story. Ananse, after roasting four fingers of plantain, distributed each to his four sons. He, later on, asked each of his sons to share half of his plantain with him. That’s how Ghana’s public purse is being protected.

Indeed, the obesity of a lean public purse.