Women make better investors than men but retire with 30-40% less money. Here's why 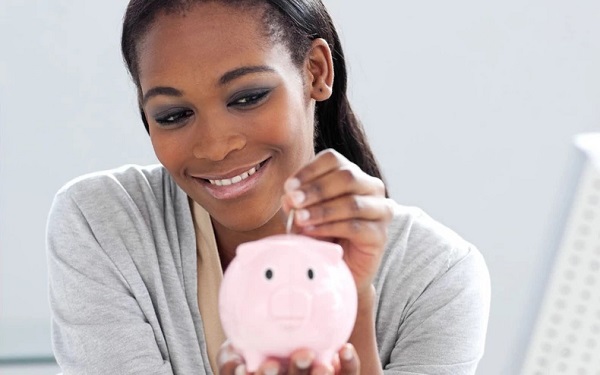 A different kind of gender gap is playing out in investments where the overwhelming majority of investors are men, despite studies that indicate women make better investments.

In a survey carried out by Franc, a South African digital wealth platform helping more people invest more, it was observed that the active investor base is consistently around 70% male, despite every effort to make the app a place for everyone.

Furthermore, statistically, women live longer than men, yet the World Economic Forum reported that women retire with 30% to 40% less money than men.

Why does this gap exist when women have just as many reasons to save for a goal or grow their wealth? Why such a dramatic discrepancy?

Why most investors are men

Lower salaries: Not only are women working less, but they also earn lower salaries to live on and grow their investments. Women earned approximately 29% less than men per hour in February 2020 which expanded to 43% less in June 2020.

According to NIDS-CRAM research, job losses in the formal and informal sectors showed that single-woman headed households were impacted in the past year. This global pattern is being termed a ‘she-cession’ where recessions affect women acutely. During the pandemic, women had to scale down working hours to take care of children who weren’t going to school, which caused a drop in earnings.

Postponed careers: Women often postpone their careers to prioritise family commitments like their children and elderly parents, which leads to a slowdown in career momentum. If they have less money to invest, they lose out on the compound growth that is so important.

Pink tax: Women spend money on expenses that men generally do not. The pink tax refers to money spent on sanitary products, make-up, fashion and grooming.

Culture: The role of culture cannot under-estimated. Although today it is more common that both partners work and that some women are the breadwinners in the household; however, in traditional family structures men manage the money. The division of labour at home is unequal, even when both spouses work full time. Issues that shape money culture still perpetuate investment as a man’s domain. As children, boys more likely to receive a money-related talk from their parents. Magazines aimed at men give investment advice while female-targeted magazines chastise their readers about overspending and advise them to save more.

Women are better investors
A study of 2,800 investors over three years by the Warwick Business School, found that women investors outperformed men by 1.8% per year. Women tend to be long-term planners who focus on reaching their financial goals. They are less likely to be motivated by making quick, riskier returns and more easily seek out expert financial advice than men.

One of the best investments for women is to own their own homes and put any extra money into their bonds to pay off this debt as quickly as possible. Budgeting paves the way for investing, and a 50/30/20 approach is recommended: 50% of income goes towards necessities, 30% is used for non-essential but enjoyable items, and 20% is saved or invested.

Building a better investment culture
Knowing the basics is important so that you understand what is happening with your money and the funds your money is being put into. Read up on stocks, bonds, money market accounts and ETFs (to name a few) to figure out the best option for you.

Nicolette Mashile, the author of What’s your move – a collection of financial lessons, says no one is born being bad at money. “We all can learn to be good at money. But the most important thing to understand is that no amount of financial literacy will make you financially independent - you have to implement what you learn.”

Help your daughters
Parents can help too by starting their daughters off early to impart a savings culture. This is about saving as much as you can as often as you can. Make them aware of the idea of investing, retirement and understanding the value of basic household items from a young age. Let them see the benefits of consistent long-term savings by opening an investment account and showing them the rewards.

The best learning experiences we give our children is to role model the behaviour that we would like them to have. Being financially savvy is an essential life skill, so ensure you teach them how money is earned, spent, lost and saved.

The four things you need to know about investing

1. Aim to be independent. You are responsible for your own investments and financial future.

3. Spend your money on assets. Assets can come in many forms and can be classified as anything that generates value, including education and health.

4. Calculate your risks and diversify. Learn about the difference between aggressive and conservative strategies.