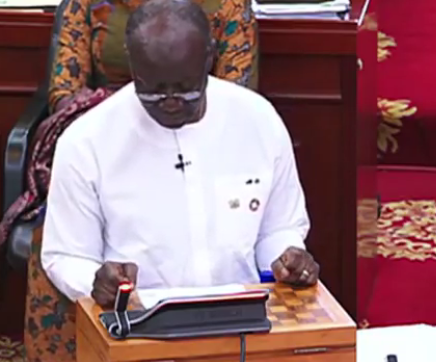 Finance Minister Ken Ofori-Atta says the Akufo-Addo-led government has changed the management of Ghana's economy from incompetence to competence.


The Finance Minister reading the 2019 budget in Parliament said the economy under the NDC administration suffered massively but his government have been able to transform that.

He also hinted that Ghana is on course to exiting the IMF.

â€œThere is evidence of macroeconomic discipline that was lacking in previous years.â€

â€œThere has been a declining economic growth from 14 in 2014 to 3.4% in 2016; rising unemployment which led to the formation of the Graduate Unemployed Association.â€

â€œFiscal deficit was 9.6 % with a debt to GDP ratio at 73.1%.Â  There were weak and unstable banking systems. Ghanaian businesses were working to pay electricity bills and diesel because of the dumsor.Â  In under two years, we have changed some of these things.â€

â€œWe have implemented the following policies: abolished excise duty on Petroleum, reduced Special Petroleum Tax, abolished Special Import Levy. These policies and many others are pointing to a stable economy.â€

â€œThe government is on course and we shall not return to Egypt,â€ he says.

Read also:2019 budget: We are not happy with the state of Ghanaians-Finance minister