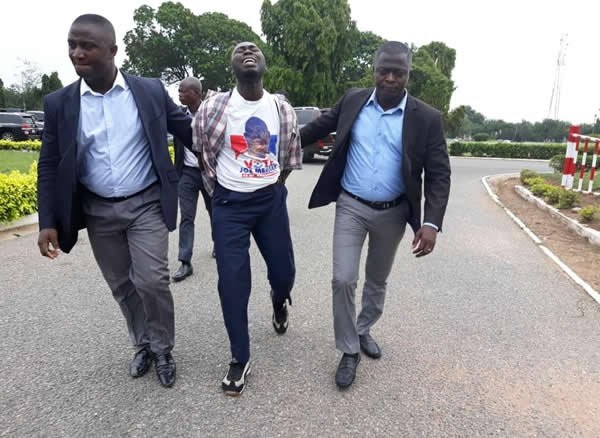 Kojo Mensah was whisked away by security
Shares

A man identified as Kojo Mensah attempted to commit suicide in Parliament on June 13, 2019.

The 35-year old man was restrained after trying to hang himself in the public gallery.

Reports say the man is from Kwesimintim in the Western Region. He sat at the public gallery with a rope wearing the T-shirt of Kwesimintim MP Joe Mensah.

As sitting adjourned, he shouted he wants to jump off the gallery to the main floor and was restrained by the security persons.

Commander of the Parliament Police Supt. Freeman Tetteh said a criminal investigation has begun into his conduct. He has been transferred to the Ministry police station. 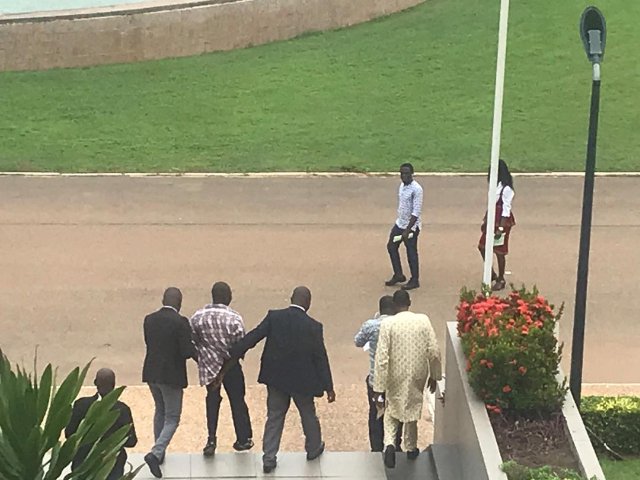 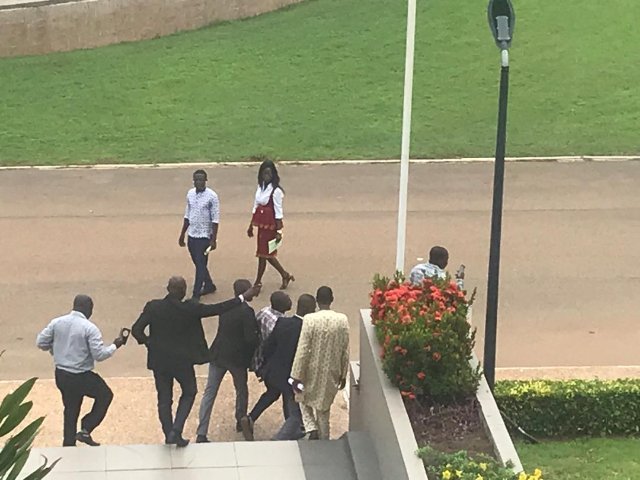 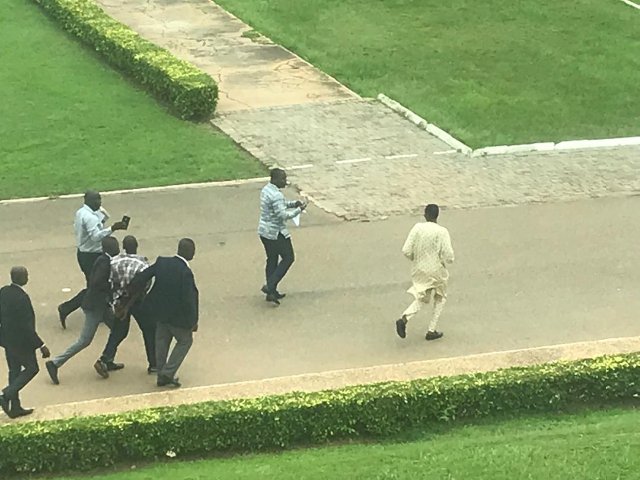