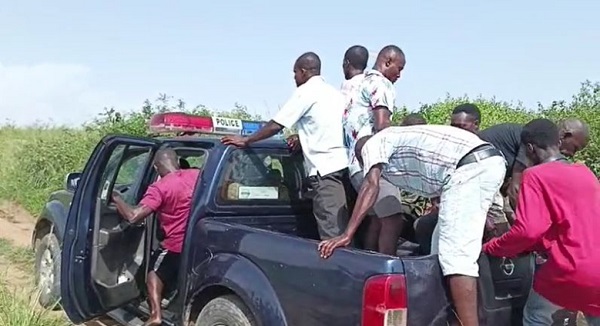 A six year old boy has been killed in Fetteh Kakraba in the Central Region.

He was killed and dumped behind Fetteh Kakraba Sapoto in the Gomoa East District and the murderers are yet to be found.

This sudden death forms part of the five recorded killing cases within a month in the Assembly.

The Assembly member of the area Buduburam-Fetteh Kakraba Electoral Area, Lott Arthur has expressed concerns indicating that many efforts from the police are not efficient due to the lack of patrol cars.

According to him, these cars instead would have helped in the surveillance, thus reducing the level of crimes in the community.

He however signaled his outfit and the traditional leaders are helpless in this dire case.

He, therefore, is asking the Inspector-General of Police (IGP) to intervene before things get out of hand..