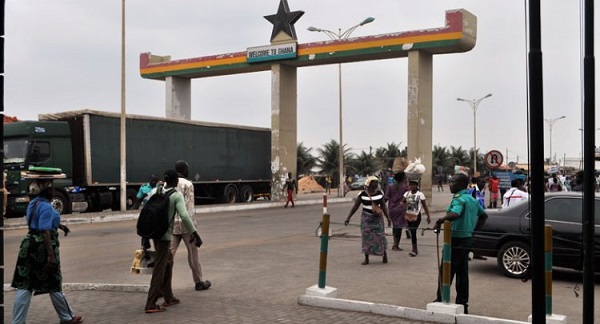 The Volta Regional Command of the Ghana Immigration Service has arrested Seventy Nigerians who entered Ghana through unapproved routes.

Fifty-one of them were intercepted at the Asikuma border post while the remaining nineteen were spotted at the Ho main lorry station on the dawn of Tuesday, February 9, 2021.

They were preparing to travel to Accra, the Volta Region Immigration Commander Peter Claver Nantuo describes the development as worrying as restrictions instituted to curb the spread of Covid-19 are being violated.

"What happens is that once they were intercepted we will send them to Aflao for quarantine for 14 days, by then we would have completed investigations as to whether they will be deported or prosecuted".

Ghana's air, sea, and land borders were closed on Sunday, March 22, 2020, following an order by President Nana Addo Dankwa Akufo-Addo as part of efforts to stop the spread of COVID-19 in the country.

There have been questions as to when the other borders will be opened.