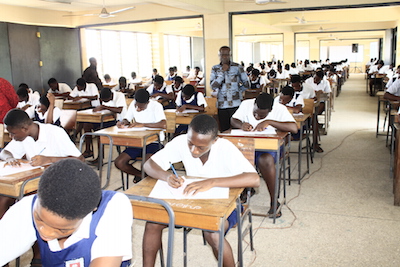 Some 50 students of the Owerriman Senior Technical School in the Asante Akim North Municipality of the Ashanti Region have had their results withheld due to indebtedness.

The students who sat for the last year’s West Africa Secondary School Certificate Examination (WASSCE) have debts to settle before their certificates can be given to them.

This is after the New Patriotic Party (NPP) Member of Parliament (MP) for the area, Hon. Andy Appiah Kubi has reneged on his promise to use a portion of his MP’s Common Fund available to settle a whooping debt of GHC 21,692.000 owed by these affected students he sponsored.

The revelation comes after a letter reminding the MP went viral as many residents including staff of the local Assembly are surprised since huge sums of money have been claimed from the Assembly coffers by the MP long ago to settle the debt.

The Governing Board of the Owerriman Senior High Technical has therefore made a passionate appeal to Hon. Andy Appiah Kubi to settle his indebtedness to the school as was promised.

A letter to that effect signed by the Headmaster, Mr. Christian Kwadwo Atta on behalf of the Governing Board of reads in part “I humbly write to remind you students who are from Asante Akim North District precisely Owerriman Senior Technical School who have not yet made a full school fee but completed the school. …I would be grateful if you could help settle their bills as promised”

When reached for his comments, the Deputy Minister of Railways and Highways said “If I do not pay who does it worry is it their money? I am saying I will use my money to pay is it by force? You all must stop this nonsense” 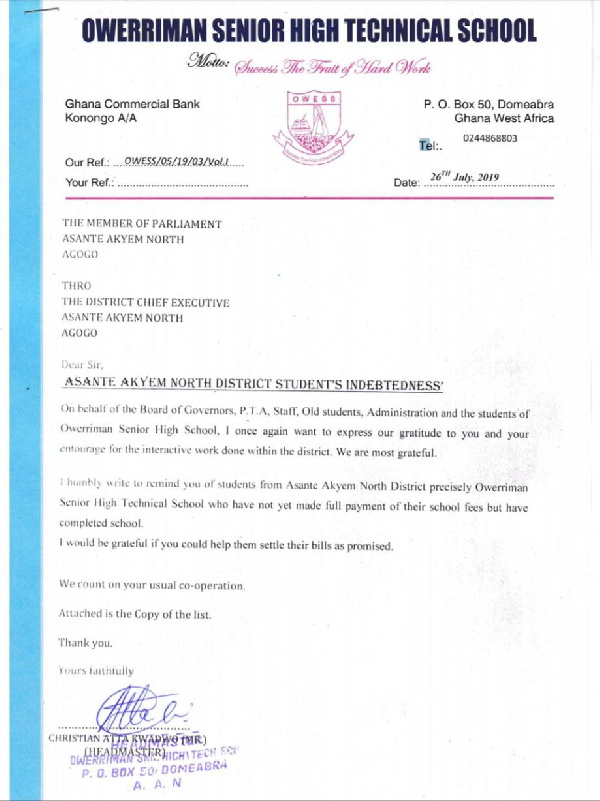