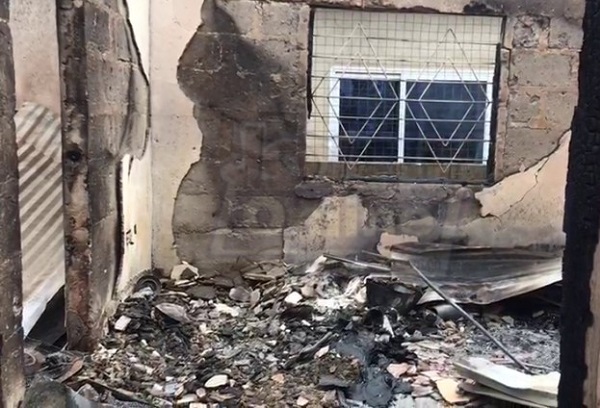 A pregnant woman, 37, and her two sons have been burnt to death in a fire that gutted their house in the Ashanti region on Monday evening.

The deceased, Philomena Osei and her 7 and 9-year-old children couldn't escape the ravaging fire when it started around 11.30pm.

They got trapped in their 3-bedroom apartment.

READ ALSO: Man dies after being stoned to death at Kwame Nkrumah Circle

The bodies have been deposited at the morgue of the Komfo Anokye Teaching Hospital.

Fortunately, one of the siblings, a 14-year-old who was sleeping in a separate room managed to escape unhurt.

The cause of the fire is yet to be established as an investigation has commenced but some residents, however, suspect arson.

"This is not the first time it's happening. Someone once set the back of the net of one of the rooms ablaze but it was detected quickly and quenched. So this one appears suspicious because how can two rooms catch fire at the same time", a tenant, Sampson Mensah questioned.

The Ghana National Fire Service however says it will investigate the matter to its finality.